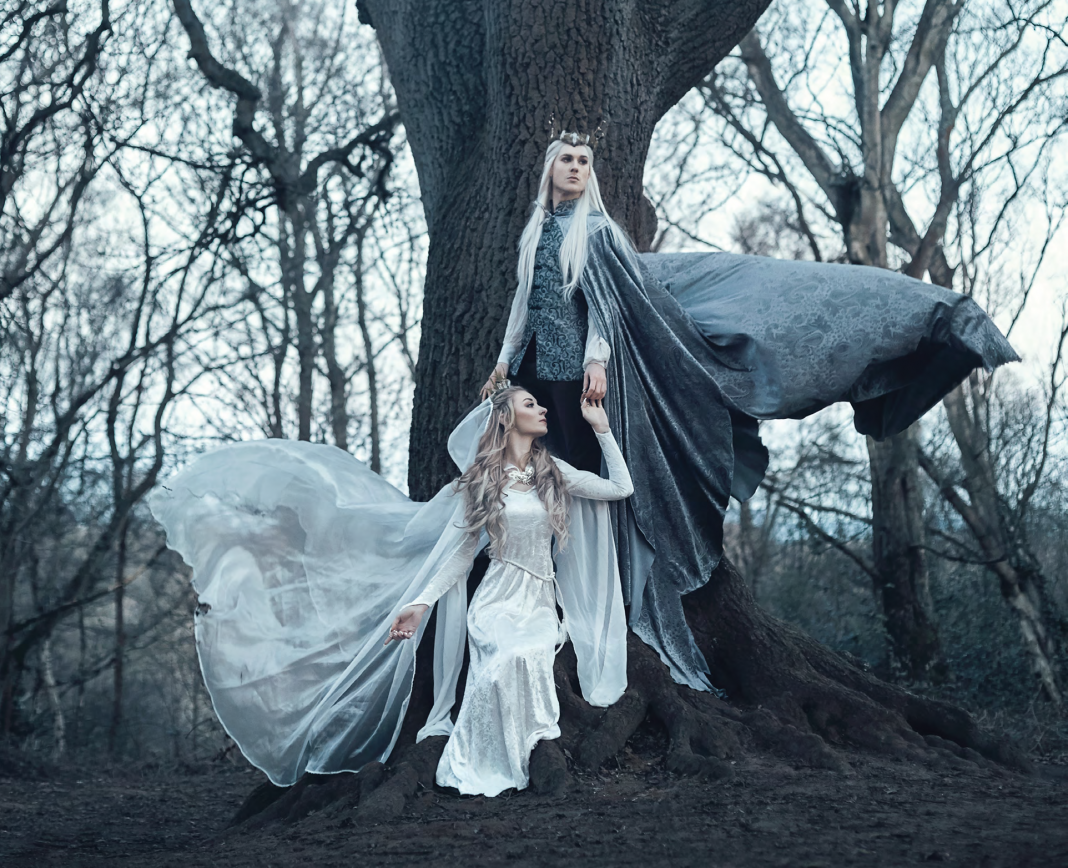 “The hobbits sat in shadow by the wayside. Before long the elves came down the lane towards the valley. They passed slowly, and the hobbits could see the starlight glimmering on their hair and in their eyes. They bore no lights, yet as they walked a shimmer, like the light of the moon above the rim of the hills before it rises, seemed to fall about their feet.”
— J.R.R. Tolkien, The Fellowship of the Ring 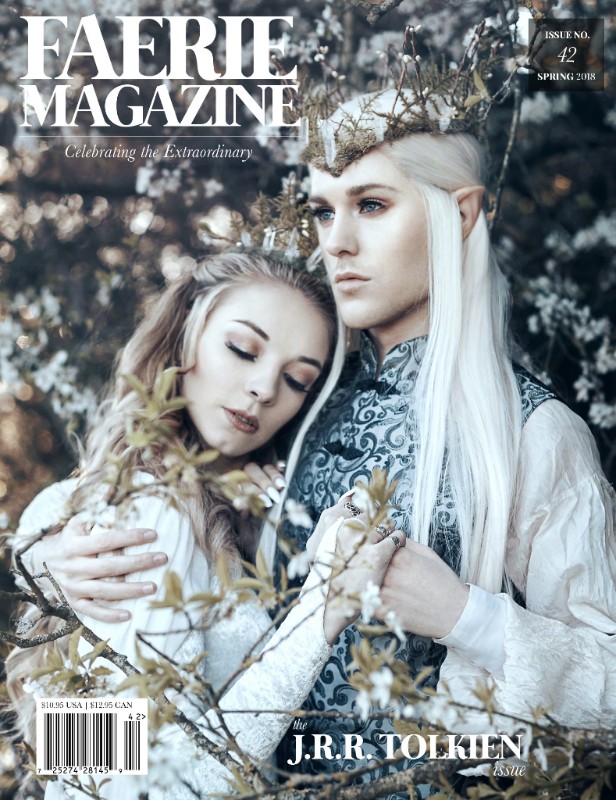 Long before the elves of Middle-earth departed to the West, never to be seen again except through legends and tales, they dwelled in forest cities of unimaginable beauty, a society at once awe-inspiring and secretive, insular. They were one with nature and glowed with the radiance of every twilight, bathed in the dew of every sunrise. Their beauty and their magic were beyond the understanding of mortal men. And among them there were some who shone with light above the rest, like stars with their own orbits. These kings and queens of the elves in their incandescent days of glory were a beauty unlike anything Middle-earth would ever see again.

The idea of creating a photo shoot with the goal of visually embodying such a scintillating grace would be intimidating to any photographer, but Bella Kotak was clearly up to the challenge. On a chilly morning, models Ian Hencher and Victoria Fielder gathered at Kotak’s home in Oxford, England, and there Hencher transformed himself and Fielder into visions of immortal loveliness. “We were portraying Thranduil and his wife—both Lothlórien silvan elves, elegant and shimmering,” he says. Wearing ear tips from Madhouse FX Studio, they garbed themselves in a gown with a white gossamer cloak and a tunic by The Dark Angel Design Company. Hencher wrapped up in a silver cloak from Rowans Closet, and as a finishing touch, the two wore glorious elven crowns seemingly spun from ferns and dew, by Freckles Fairy Chest. 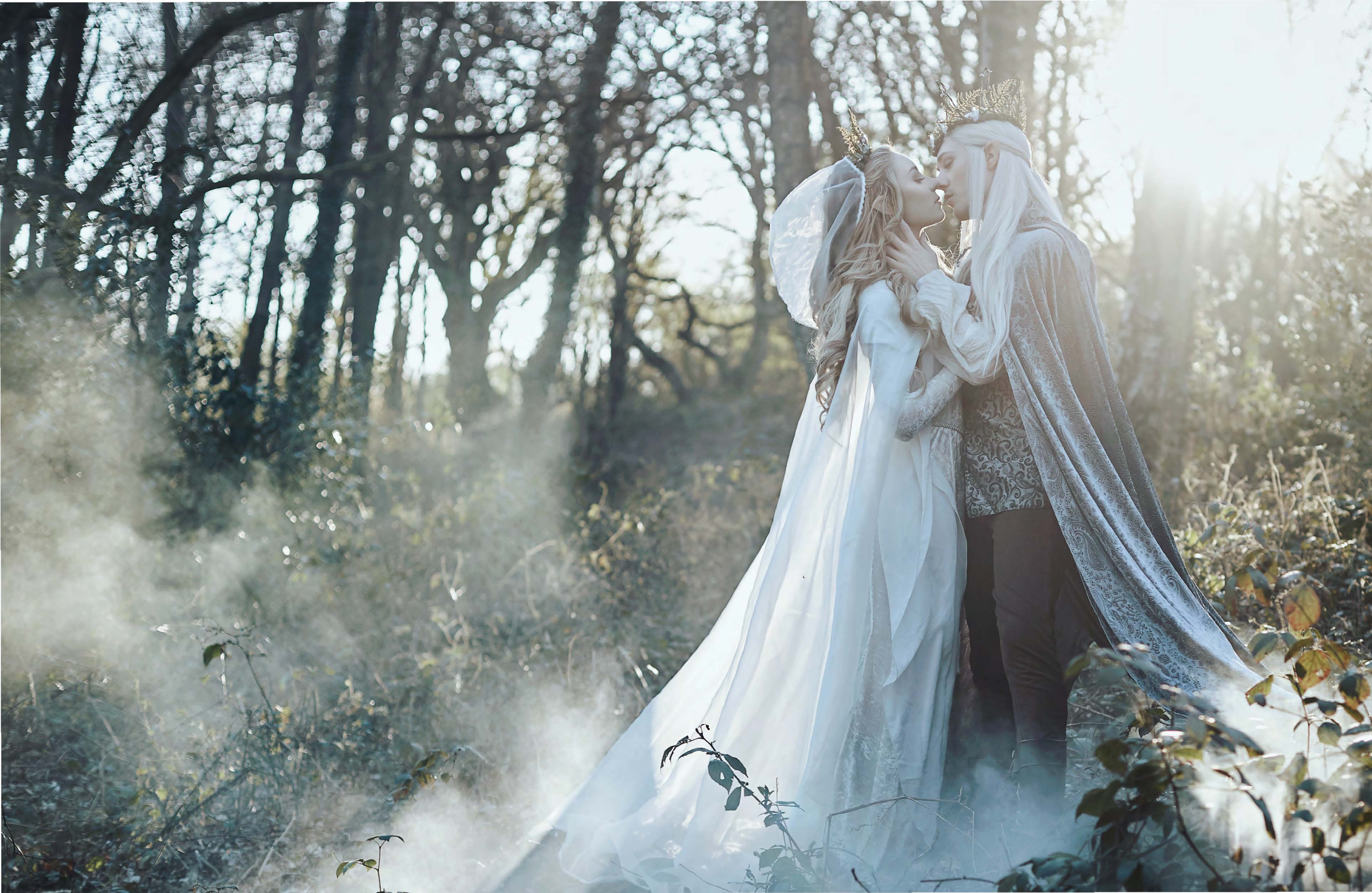 Subscribe to Faerie Magazine or order the PRINT or DIGITAL version of Issue #42 The Tolkien Issue!

This was not the first time Hencher has played the part of elven royalty. “The elven aesthetic is merely a dress code for my childish imagination, provoked by the world around me,” he says. “Tolkien gave us a beautiful formula to discover ourselves as artists, and a world for the most literate of minds to melt into.” Once properly garbed in the late afternoon light, they, along with Kotak’s partner, Pratik, walked to Shotover Park in Oxford.

“The woods were quiet, tree branches still bare from winter’s grip. However, there was a sweet smell whispering of a coming spring,” recalls Kotak. “While wandering, we found a tree covered with tiny blossoming flowers, and it was there, with the light of a setting sun peeking through, where we captured the cover image of this issue.”

It seemed fitting to Kotak to create this homage to Tolkien’s most elegant of races in her hometown of Oxford. “It gives me great pleasure to live in the very city where Tolkien lived, worked, and wrote these magical books,” she says. “There’s something in the air here—it’s one of my favorite places in the world.”

Hencher was similarly moved. “It was such a fun experience and also emotional. The fantasy and realism in Bella’s work has the power to move viewers, and the people who are captured feel that too. The expectations we set for ourselves were high. We paid great attention to detail during the makeup process to portray elven royalty—and bring this vision to life. ”

The elves were indelibly linked with the natural world in their culture, magic, and arts, so Kotak is constantly aware of this connection in creating her own work. “Nature inspires art, and art inspires our nature. Intrinsically linked, we will forever be connected, and I try to channel that connection in all my work,” she says. “I used natural light alone to set the mood in this shoot, following the sun until its golden light kissed our elven pair before slipping in the magical blue-hued twilight hour.” 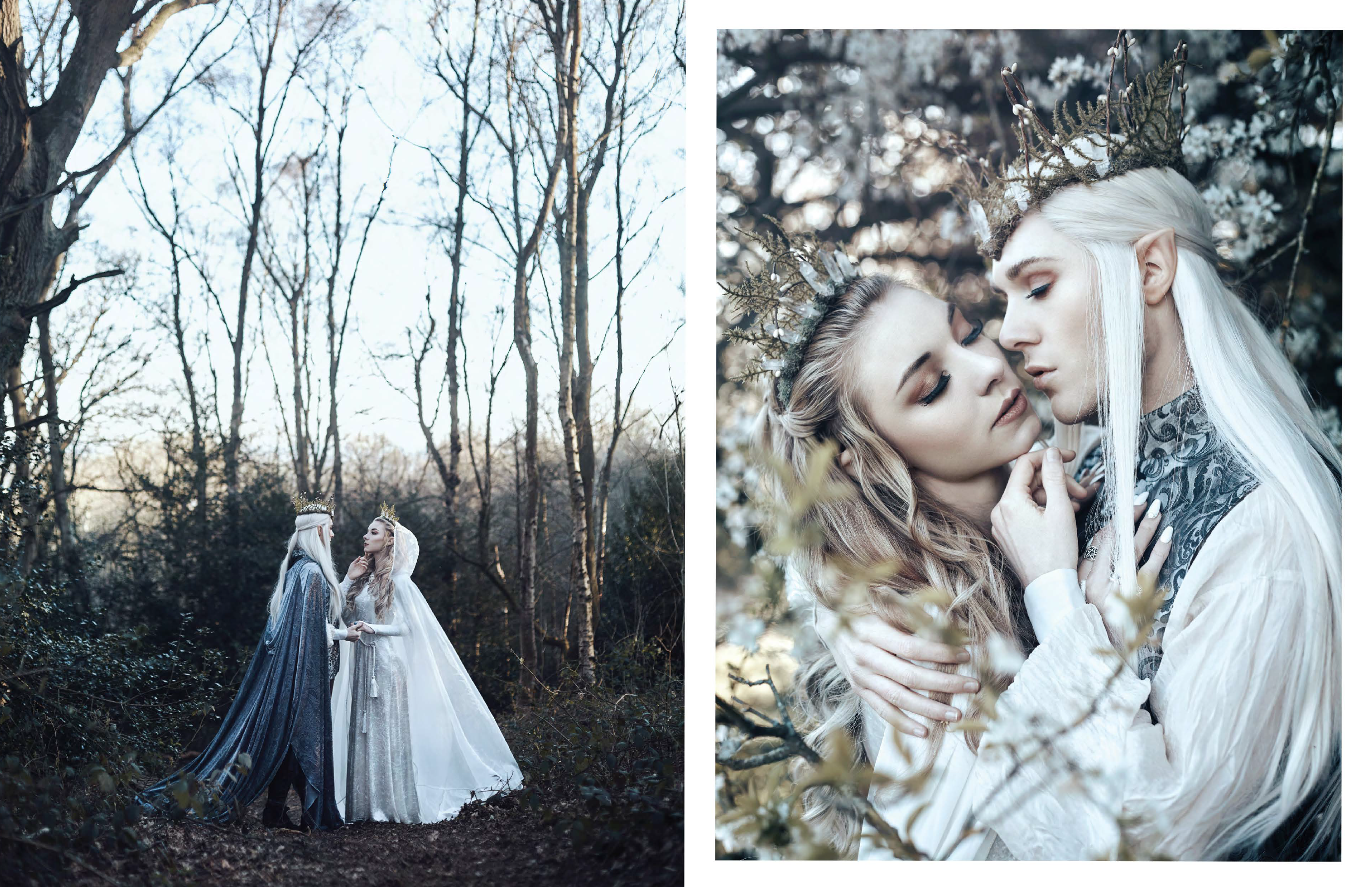 Subscribe to Faerie Magazine or order the PRINT or DIGITAL version of issue #42!