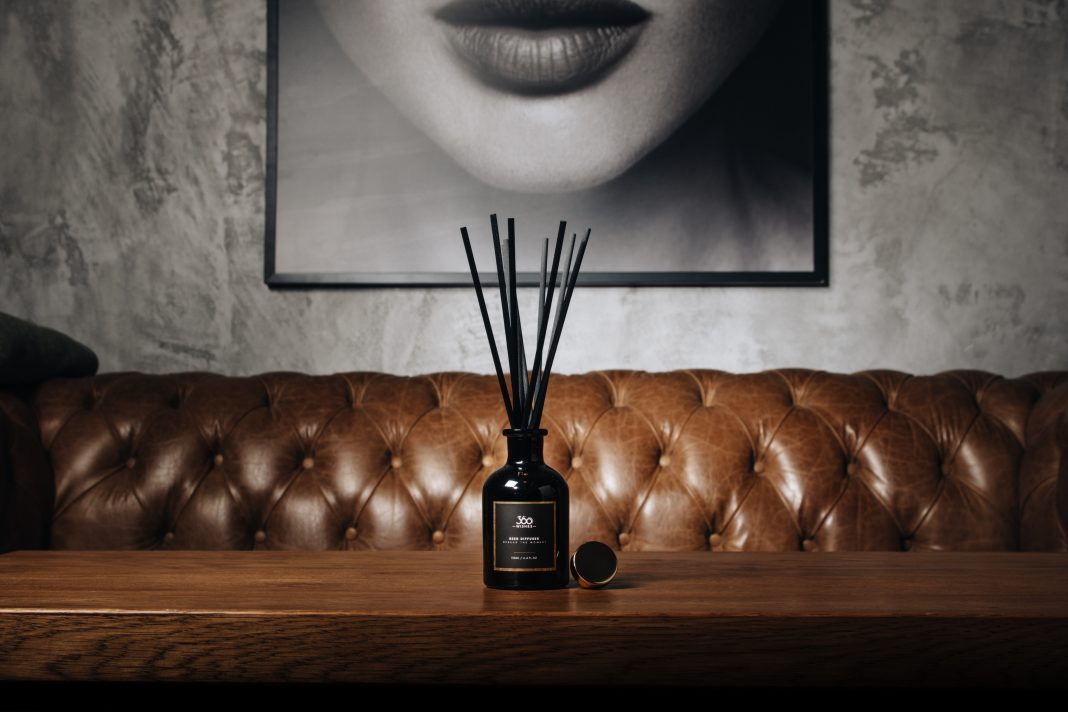 This past winter was among the most brutal I’ve known. With its record-low temperatures and record-high snowfall, my only avenue of escape into spring was through the bottled flowers in my cabinet—and through my little blue notebook of scent.

Perfume is often thought a social gambit, applied mostly when we know we’ll see others; one scents oneself in order to be sniffed at. But isolation and quarantine rendered us unsocialized, so if we wore perfumes and colognes at all, we probably did so for purely personal and private indulgence. We could breathe it in, stir up nostalgia, and remember ourselves.

Whenever I sprayed on Penhaligon’s Blenheim Bouquet, it was for its suggestion of a very dry gin martini in a very quiet hotel lobby in the middle of an afternoon. Atelier Cologne’s Vanille Insensée put me in a pastry shop with a cup of sweet tea, with Sarah Vaughan’s “September Song” playing overhead. When I wore 1740 from Histoires de Parfums, I could imagine somewhere I’ve never been: a game of blackjack in a gambling den with red leather banquettes, sipping scotch whiskey, no ice, neckties unknotted.

Language is an important part of our sense of scent, from the poetry and beauty of its ingredients to the stories that perfume can tell.

I’ve spent the past five years or so writing a novel called The Perfume Thief with a plot that hinges on rare ingredients and the history of perfume. Its main character, a woman named Clementine, has spent her long life as a gentleman thief, stealing into ladies’ boudoirs to abscond with expensive fragrances and priceless bottles. She eventually settles in Paris, where she gets swept into the French Resistance during World War II and embroiled in some espionage—some of that intrigue concerns a perfume inspired by a royal assassination in 1599.

So my little notebook is full of scents going back centuries, details lifted from old books, pharmaceutical reports, chemical guides, recipes, and newspaper and magazine advertisements. But it’s also my own personal map to scents that captivate. As spring has sprung around me again, I’m in the garden amid the candy-sweet perfume of wild plum blossoms and the tiny lavender-colored blooms of the Korean lilac. Soon enough there will be the rich and lush scent of the honeysuckle and the dusky Russian sage. There will be thickets of basil and dill and cilantro.

But how can I define it beyond that? Even holding the lilac to my nose just now, words flutter away. Writers have long written about the elusive nature of describing scent—a rose is a rose is a rose. Or, as The Ultimate American Gardening Book puts it: “The problem with writing about scent is that you can’t describe it in any meaningful way except by comparison—and most flowers smell more like themselves than anything else.” A copywriter for a perfume advertisement in a 1930 issue of Vogue abandons all effort for a fragrance called Liu (“pronounced LYOU,” the ad offers unhelpfully): “With what words can we describe it truly? With none, alas, for its charm is to the senses, not to the ears or to the brain!”

And this is why the history of perfume writing, whether for magazine ads or for the labels on bottles and boxes or for articles and blogs, is so often about capturing a mood and sensibility that approximates a perfume’s basic qualities. And the poetry of the ingredients, the alliteration and rhyme, or the staccato and stumble, can evoke drama and pageantry, or innocence and civility, or mystery and attitude.

In The Book of Perfumes, Eugene Rimmel noted that “modern” books on perfumery (Rimmel was writing in the 1860s) could be divided into two classes: “simply books of recipes,” which he dismisses as antiquated, and “works written in a high-flown style.”

While Rimmel doesn’t expound on how high that high-flown style flies, I’d say there’s a third realm of perfume writing: that which simply describes the spices, flowers, and methods of extracting scent from the world and the piquant industry itself, with its fields and markets and casks and bottles. So much of it lends itself to the imagination and to sensory delight. Even agricultural reports, when outlining the cultivation of scent and flavor, can provide that magic carpet ride that Elizabeth Arden references in the ad copy that opens this article.

A book of perfume that preceded Rimmel’s—The Art of Perfumery, and Methods of Obtaining the Odors of Plants (1855) by G.W. Septimus Piesse—can make even “milk of dandelion” sound exotic, with its “esprit tubereuse,” “green oil wax,” “expressed juice of dandelion root,” and “sweet almonds.” Even the recipe’s inclusion of “curd soap” pleases.

Like the thief in my novel, I combed antique books and periodicals for things worth stealing, so my perfume thief could have a lucrative career. As Putnam’s magazine outlined in its article “A Plea for the Sense of Smell,” I went searching for “tea odors from China, and sandal-wood from India, and mocha from Arabia, and chocolate from Spain, mingling their delicate suggestions with Russian odors of shelved books in spacious libraries and the fumes of the more doubtful Cuban weed.”

So in The Perfume Thief, I imagine Clementine herself studying unexpected texts, such as Diseases of Children in Hot Climates (for its pharmacopeia and remedies), and The Young Lady’s Book: A Manual of Elegant Recreations, Exercises, and Pursuits, and books on varnishes, on fairy gardens, on confections; she reads the collected letters of an asylum nun who gathered mood-affecting herbs, and she consults books on tobacco, on the tools of a shoemaker (leather, strings of natural fibers, polish), on the gardens of clairvoyants, and even one on love songs written
by a botanist.

My own blue notebook includes notes from Harper’s magazine, which also explored the peculiarities of perfume. In 1856, it reported, “It is conjectured that the smelling principle of the violet is derived from prussic acid contained in the flower. If so we owe to the deadliest of poisons one of the sweetest of perfumes.” (Such conjecture was misleading it seems; today we enjoy violets on cakes, in soups, and in tea.) Harper’s also describes rose water as “merely the water in which the roses have been distilled, and from the top of which drops of oil have been carefully taken with a feather.”

And it defined something called potato ether: “distilled from potato spirit—yields
at least three [perfumes]—they go by the names of Pear, Apple, and Grape oil, from a resemblance between their odors and these fruits; confectioners use them largely to perfume their finest candies.”

Clementine would most certainly have consulted the “Annual Report on Essential Oils, Synthetic Perfumes &tc” of 1920 for both business and pleasure. It outlined the value of certain ingredients, like bergamot oil, which was in short supply after a 1908 earthquake in Calabria. “Thousands upon thousands of bergamot trees had to be felled to make room for the barrack camps to supply … the villages destroyed by that terrible earthquake, at about the same time a new disease of the citrus trees appeared.” The report would also inform Clementine about the exceptional nature of the sweet oranges of the West Indies and the worries about peppermint rust attacking Japanese plantations. She would read about birch sap for hair waters and camphor for India ink. She would read about sea fennel, artemisia, wild thyme, apricot kernels.

The chemist George Askinson, in his 1922 book Perfumes and Cosmetics: Their Preparation and Manufacture, writes of how “fine olibanum [from East African trees] appears in light yellow tears, very transparent and hard” and of a paste (made of ambergris, benzoin, orris root, and cinnamon) used to perfume jewelry by inserting small quantities within the diamond settings.

The letters of the traveler R. Arthur Arnold, collected in 1868 under the title From the Levant, the Black Sea, and the Danube, offers his depiction of the bazaars in Turkey, with their “blocks of alum and saltpetre, the blue-green of sulphate of copper, heaps of henna … lumps of odorous rhubarb, ginger, cloves, gums, and glues,” and the “curious dried roots and herbs that hung pendant from the roof ” among mosaic needlework, daggers inlaid with silver, and primrose slippers.

Vaccination won’t spirit us to 19th century spice markets, but it’s bound to arouse the senses as we shuffle off the lockdown and reacquaint ourselves with the aromas, both fragrant and foul, that we lost in our solitude. This time around, you might keep your own diary of scent. You might be surprised by how efficiently the mere mention of a scent or a confluence of scents can conjure up a place, or a moment, or a long-lost memory.