Home Creative Art Where the Wild Things Are 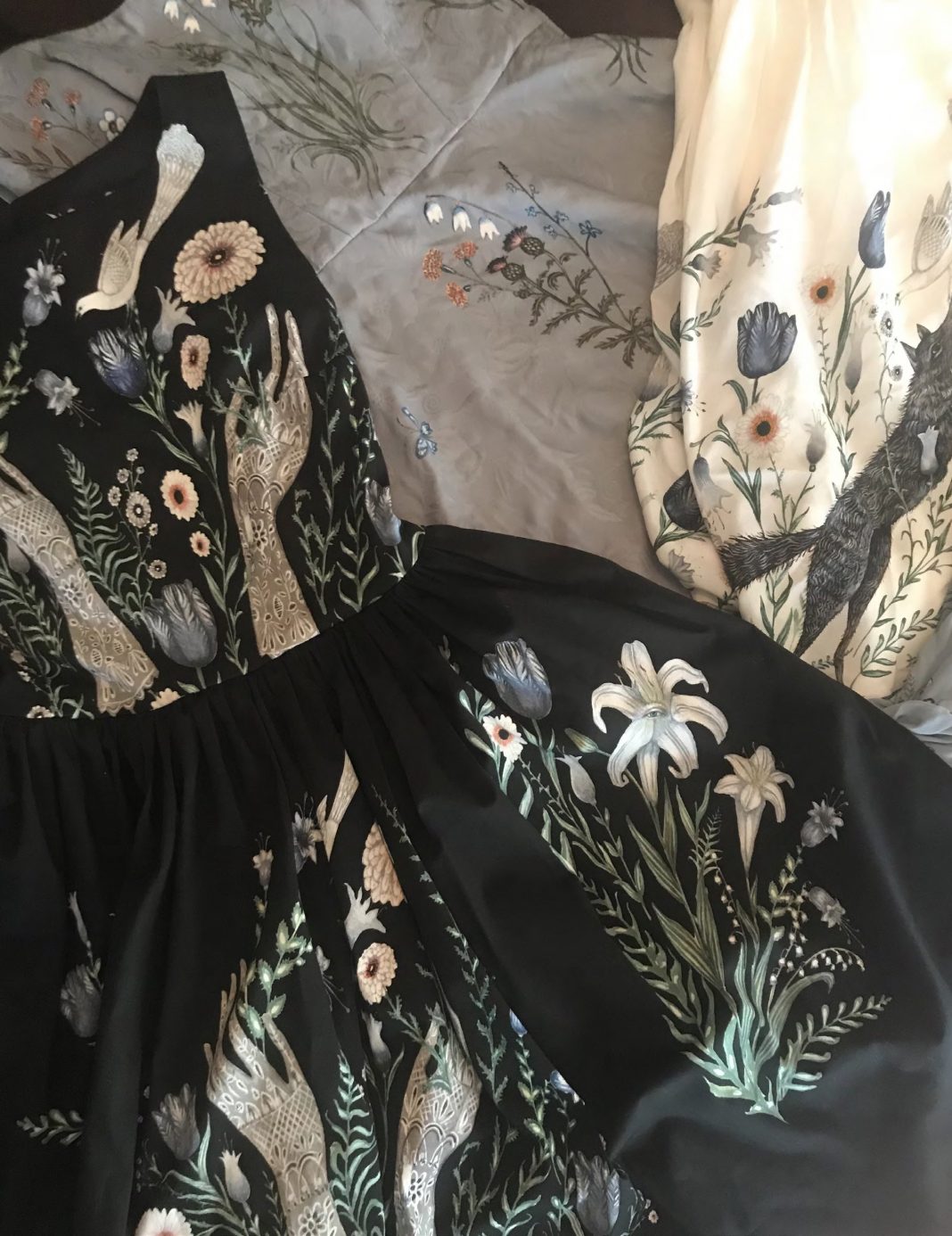 Kelly Louise Judd is just as mysterious as her fantastical work and, one might reasonably suspect, similarly eccentric. She’s hard to track down, like one of the many felines—leaping or sleeping, sitting or slinking—that appear in her delicately rendered illustrations. There is little personal to be found about her online, and when Judd finally agrees to an interview she asks that it be through email. Her replies are precise, concise, and thoughtful. She’s expansive only when discussing the nature and folklore that inspire her.

Judd might not be eccentric so much as simply busy. In addition to her own drawings, paintings, and prints that she sells through Etsy and her Society 6 online store, Judd’s work has graced everything from magazine covers to product labels and even the summer 2020 issue of Enchanted Living. She has illustrated two books, A Year of Nature Poems—an anthology of nature poems by children’s poet Joseph Coelho, released last year—and 2018’s Urban Arboreal: A Modern Glossary of City Trees. Of the latter, Judd says, “I painted the flowers, fruits, and foliage of seventy different trees for this book. As a tree lover this book was a really exciting thing for me to be a part of.”

And then there is the spectacular Spring/Summer 2020 collection from Austrian fashion designer Lena Hoschek. Entitled Season of the Witch, it features dresses, T-shirts, scarves, skirts, and more, much of which is emblazoned with Judd’s delightful flora and fauna. Her now almost-signature hands make an appearance on many of the garments. Sometimes holding medicinal herbs and plants, often traced with arcane details, they’re delightfully peculiar and not a little bewitching. There is a folklore-ish feel to them and to much of Judd’s work, as if they might be the product of an artisan hailing from far Eastern Europe, one steeped in the old fables found there.

Judd, however, grew up outside Kansas City, Missouri, an introverted child who felt most at home under old oaks in the company of the family pets.

She still lives in the Midwest, on what she calls “a fair-sized plot of land,” with her “incredibly supportive husband, four cats, two dogs, and a flock of chickens.” It’s here, at her home, where she finds much of the inspiration for her art. “I have a mixture of overgrown cottage garden and woodland with many large mature trees that create a secluded canopy,” Judd says. “I love to sit outside on a hammock and sketch in the soft, filtered light beneath the trees.

“My studio has windows that look out into my garden room, which is my favorite and most used room of the house,” she continues. “I am always staring out at plants, it seems. Sometimes I’ll go back and forth between the two rooms, sketching and mind-wandering until I plant myself in one spot to work more fully on an idea. My cats and dogs are always around me and a constant source of inspiration and also entertainment. Their likenesses often find their way into my paintings. Of course, my dogs will always let me know when it’s time to take a break and go outside.”

Animals grace many of Judd’s illustrations—not just dogs and cats but rabbits, wolves, stags, foxes, and swans. (She says she dubbed her brand swanbones because she wanted a name that “could convey beauty and fragility but also strength.”) But plants garner equal attention, appearing front and center as well as appearing as decorative and background elements. And many of them are not the obvious, typically beloved posies.

“I have a particular fondness for what some may refer to as weeds,” Judd says. “I embrace many of the plants that emerge in a crack or dark corner and lay claim to that area with a kind of relentlessness that I respect. I enjoy what I consider to be controlled chaos, and I think those elements are always finding their way into my work. Like the honeysuckle and bindweed vines, they just creep in and take a hold of me. I also love large tropical plants, such as palms, cycads, and elephant ears, with foliage that feels like it could just swallow me up. Of my many gardens the Moongarden is probably the one that gets the most attention. The smell of moonflowers, nicotiana, phlox, and roses on a humid night is truly intoxicating.”

When asked what she hopes viewers of her work will take away from it, Judd answers with the kind of loveliness implicit in her work. “There is a lot of anxiety in living but also so much beauty,” she says. “There is something good to be found even in the shadows. I am doing my best to tiptoe through both the dark and the light. I am out here shining my little light hoping there are others that can share in it and shine a little light back.”