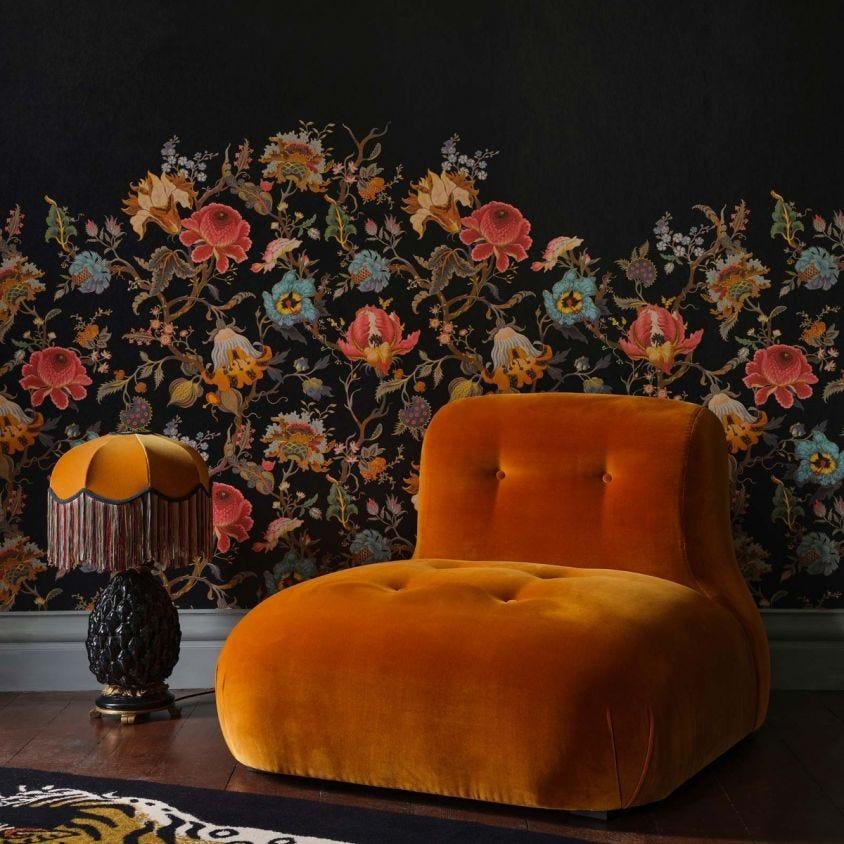 When I think about decadence and decor, an image springs to mind of the Chelsea Hotel in its heyday. I remember the red velvet chairs, dark wood, crystal and glass chandeliers, huge abstract paintings on the walls, staircases that seemed to wind around forever and lead to nowhere.

The Victorian Gothic building on 23rd Street and Seventh Avenue, in the neighborhood known as Chelsea on the West Side of Manhattan, was built in 1883 and owned by impresario Stanley Bard for fifty-plus years, starting in 1957. Bard created a forgiving environment for some of the most famous (and infamous) artists, writers, photographers, drag queens, and musicians of the 20th century.

The Chelsea was the place where Jack Kerouac wrote On the Road, Bob Dylan wrote “Sad-Eyed Lady of the Lowlands,” Madonna photographed her Sex book, where Sid Vicious is alleged to have murdered Nancy Spungen, and Edie Sedgwick set her bed on fire. In her memoir Just Kids, Patti Smith wrote about the hotel’s “guitar bums and stoned-out beauties in Victorian dresses, junkie poets, playwrights, broke-down filmmakers and French actors.” Smith lived there too in the 1970s, with photographer Robert Mapplethorpe.

The Chelsea was also home to a particular and pervasive smell: “the smell of creativity, decay, and decadence,” said one resident. “The smell of home.”

Here Comes the Sun
The Scully and Scully Sun Double Mirror is quite over the top, but its sunburst design does dazzle with no less than a double layer of alternating rays of sunshine, in an antique gold leaf and sterling silver leaf finish. The eye is pulled into the center of the piece, and a viewer cannot help but admire the radiant mirror, sunburst design, and, of course, oneself. scullyandscully.com

Undulating Velvet Chair
A lush, plush, low-lying undulating chair that works on its own or with several placed side by side to form a couch, the House of Hackney Castle Plain Velvet Chair (above), in burnt tobacco orange, is evocative of medieval turrets from the castle of Trematon. For each sold, House of Hackney, in partnership with the World Land Trust, protects forest land, endangered ecosystems, and threatened habitats. houseofhackney.com

Over the Top
The Female Totem art print from Cocorrina—yellow and gold on a black background—features four nudes in an astral setting, with stars, suns, moons, and messages exhorting female strength. cocorrina.com

Ancient Celtic Festival Calendar Cushions
From the new House of Hackney Super Nature collection, the Wheel of the Year Medium Velvet Fringed Cushion, Artemis Blush is a soft fringed velvet cushion featuring the ancient Celtic calendar, revolving around eight festivals that indicate a shift in seasons, and the natural world. A jumble of patterning, color, and texture, it is hard to look away. houseofhackney.com At Home: In The Gothic Mode