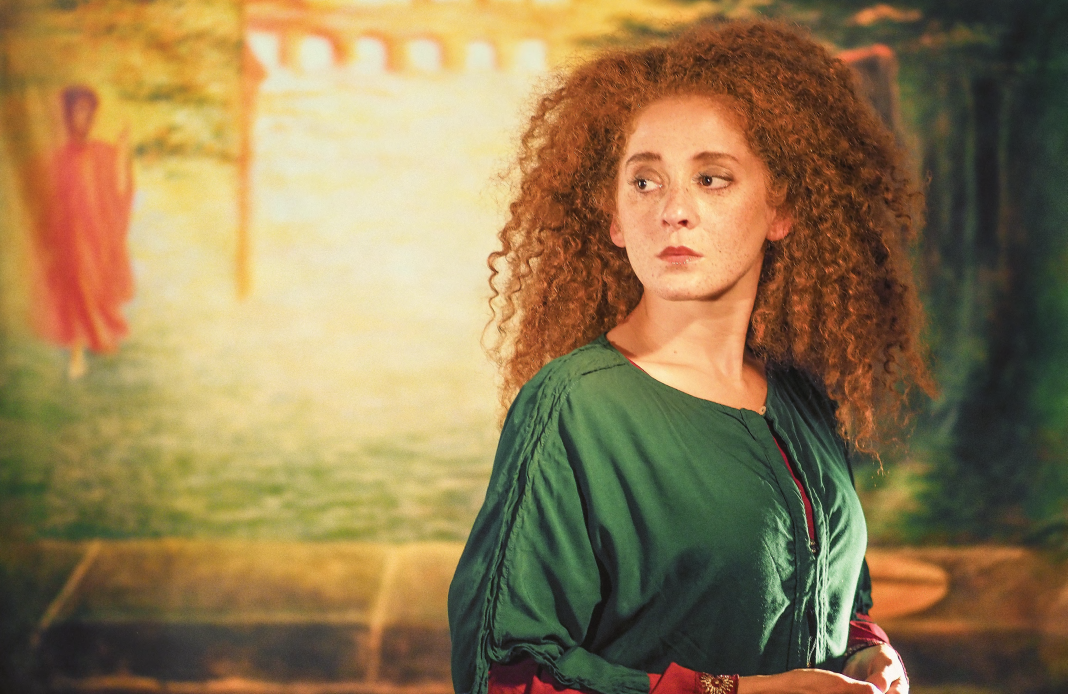 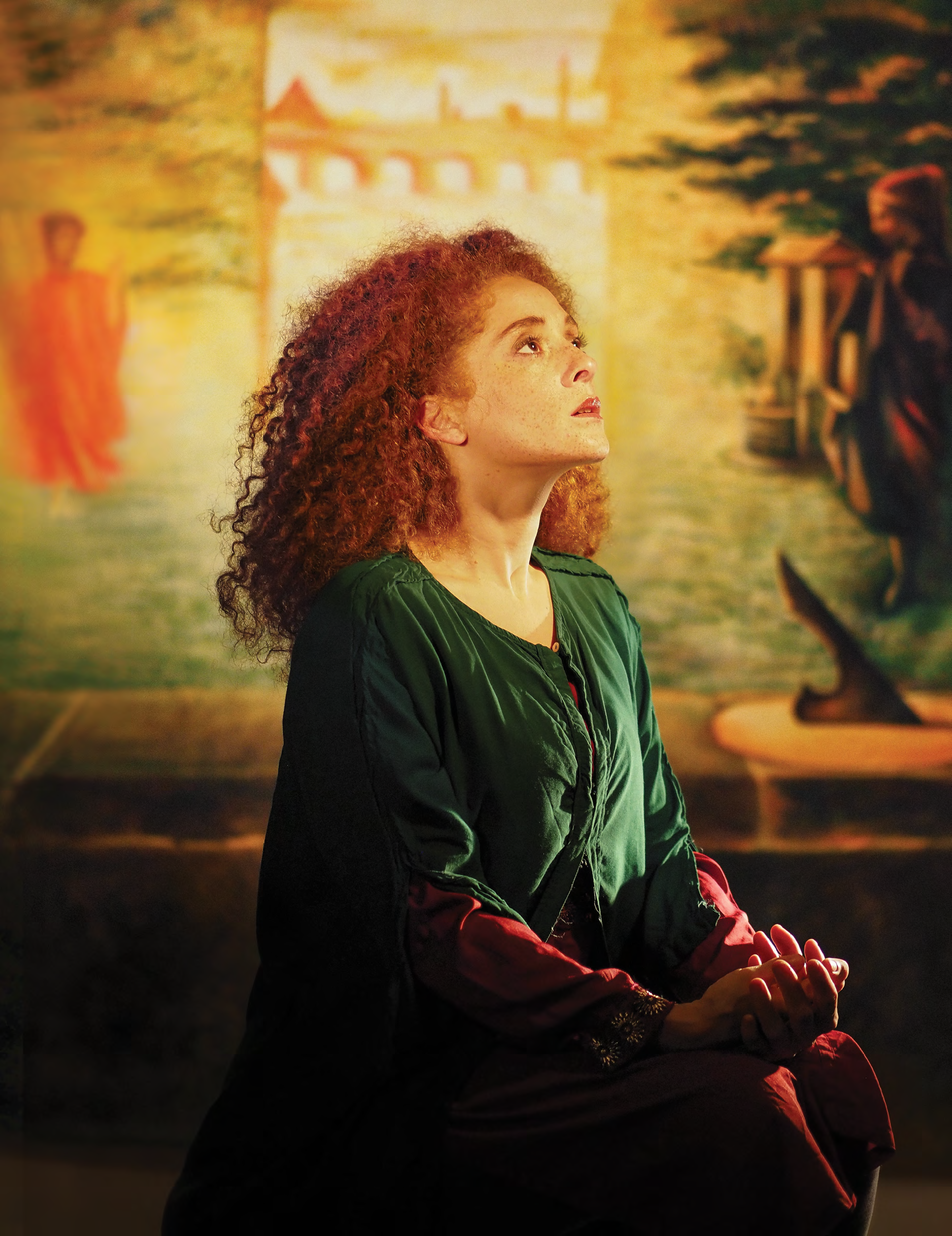 She sits, back slumped in a way that indicates she is oblivious of our gaze or the propriety of Victorian times. Her russet hair glowing in a nimbus around her head, her eyes are almost but not quite entirely closed, and her lips slightly part in an expression of tranced ecstasy. Her hands lay limp in her lap, palms up to receive a poppy flower dropped into their waiting hollows by a dove flying next to her. This painting by Dante Gabriel Rossetti of his beloved, deceased wife Elizabeth Siddal is not entirely dissimilar to similar artworks of Christ praying, his face upturned toward heaven. But the title, and the subject, honors a different individual: Beata Beatrix, the painting is called, and it was named for the woman whom medieval poet Dante Alighieri loved and immortalized in his La Vita Nuova and Divine Comedy in the late 13th and early 14th centuries.

The ghost of Dante’s influence followed the famed Victorian artist Rossetti. His father was an Italian immigrant and Dante scholar who named his son for the Italian writer (and who argued vehemently that Dante’s works were full of hidden, esoteric codes and meanings). And Rossetti’s famous portrait of his wife Lizzie as Beatrice was only one of many paintings he created that were inspired by the life and writings of Dante. Although Beata Beatrix is not Rossetti’s only Dantean painting, it is arguably his most famous and most important. 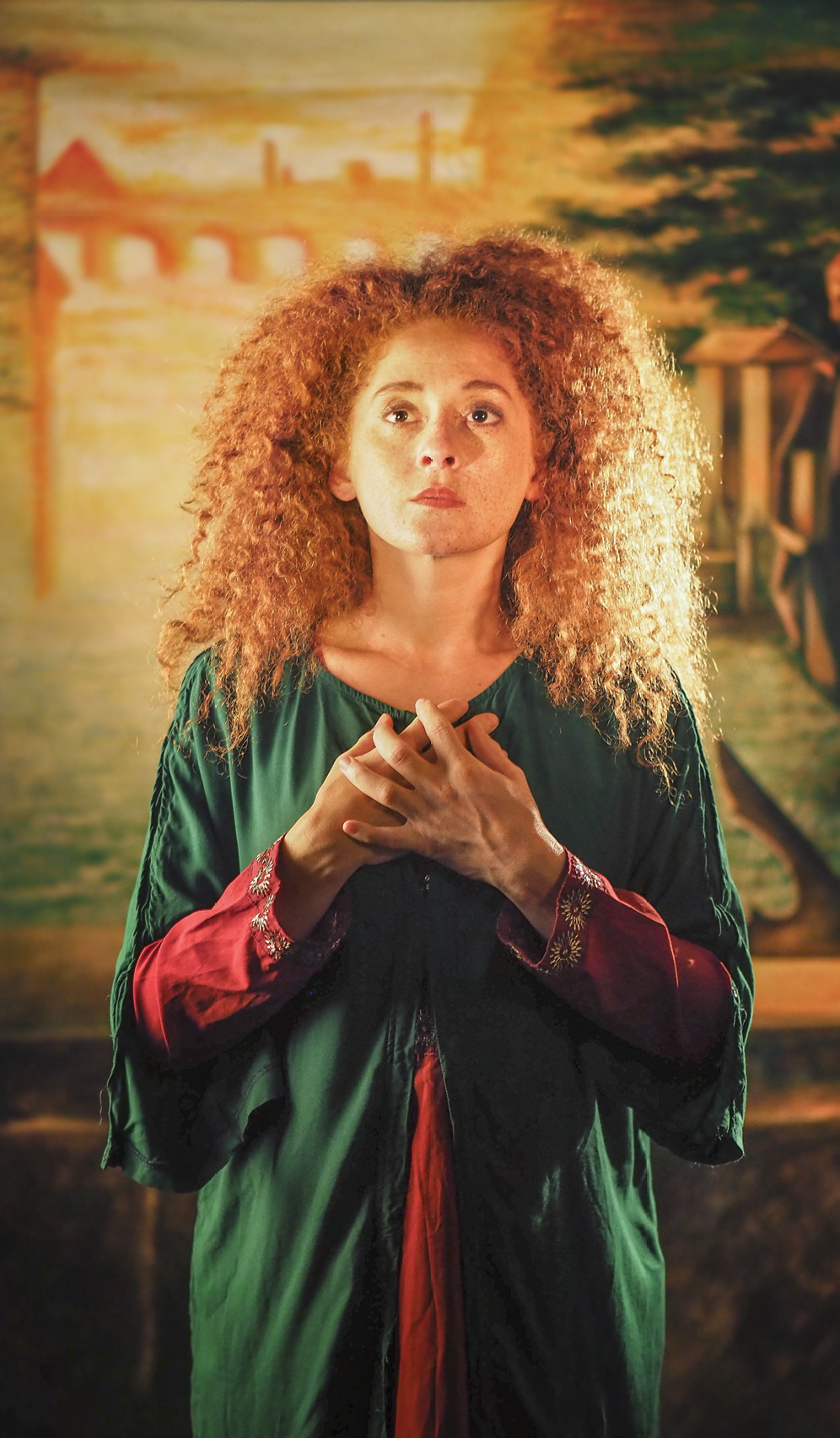 Rossetti first met his wife when she was “discovered” while working in a hat shop by his artist friend Walter Deverell. She modeled for Rossetti many times, and the two were very soon enamored of each other, but Rossetti, who adored her but had a wandering eye for beauty, only agreed to marry her when she fell ill and almost died. Soon after, Lizzie gave birth to a stillborn baby and developed an addiction to the numbing properties of laudanum. She passed away of an overdose just two years after marrying Rossetti, and he was inconsolable—so inconsolable that he dramatically tossed a manuscript of his poetry in the coffin with her, then retrieved it some years later in a more sober state.

Throughout their relationship, Rossetti had a tendency to idealize Lizzie: to set her on a pedestal, treating her as a goddess instead of mortal. The love of poet Dante for his beloved Beatrice was a perfect metaphor to Rossetti for his relationship to Lizzie. Dante also loved Beatrice from afar, saying in La Vita Nuova that she was “a deity stronger than I; who coming, shall rule over me.” Lizzie’s death in the flush of her young life just solidified this comparison for Rossetti: Beatrice also passed away at the young age of twenty-four.

Rossetti created this painting as a symbol of all his undying adoration of his wife, casting her in the light of a deity, lost in ecstatic trance, surrounded by symbols and glowing in the light of a heavenly beam that seems to fall directly behind her. All of Rossetti’s grief, set into every brushstroke, makes the painting imbued with so much emotion, the viewer is often overcome upon viewing it. When I first saw Beata Beatrix in an exhibition at the National Gallery of Art five years ago, I was instantly overcome. In this incredible exhibit full of iconic images of the Pre-Raphaelite art movement, surrounded by such famous paintings as Millais’s Ophelia, William Morris’s portrait of his wife, La Belle Iseult, and Burne-Jones’s Laus Veneris, it was only Beata Beatrix that made me burst into tears so passionate I fear I scared a pair of security guards in the room and had to sit for a moment to compose myself.

Beata Beatrix is also incredibly important in the overall story of Rossetti’s career. It was this painting that began a new style of art for him, for which he is best known: large canvas portraits worshipping the beauty of woman with one central figure, usually painted waist-up, surrounded by symbols, painted in lush and vibrant colors, cupid-bow lips swelling in sensual provocativeness. His earlier work was mostly grouped figures, retelling Arthurian legends, Dante’s poetry, or religious stories. Beata Beatrix, simultaneously religious and sensuous, intimate and metaphorical, represents the transition to this new style. Ultimately, although this poem, written by Rossetti’s sister Christina, has been interpreted as representing several of the model muses Rossetti painted over the years, it is Beata Beatrix I think of when I read her words:

One face looks out from all his canvases,
One selfsame figure sits or walks or leans:
We found her hidden just behind those screens,
That mirror gave back all her loveliness.
A queen in opal or in ruby dress,
A nameless girl in freshest summer-greens,
A saint, an angel—every canvas means
The same one meaning, neither more or less.
He feeds upon her face by day and night,
And she with true kind eyes looks back on him,
Fair as the moon and joyful as the light:
Not wan with waiting, not with sorrow dim;
Not as she is, but was when hope shone bright;
Not as she is, but as she fills his dream.

It was photo editor Steve Parke who pulled off our Beata Beatrix recreation in his Baltimore studio—enlisting local opera singer (and frontwoman for The Outcalls) Melissa Wimbish to stand in for Beatrice/Lizzie, going to local costumer Trinket’s Costume and Sundry for appropriate wardrobe, and tapping local artist Nichole Holcombe Leavy to paint the stunning backdrop of the painting, including Dante Alighieri himself.

Speaking of the last task, Leavy says, “It was the quality of the light and the gorgeous glow of the colors in the original that I was interested in re-creating. To achieve the look of an oil painting with acrylic paints, I used very saturated colors and applied them in thin layers. It’s easy to get mired in detail when working on a large piece, so it’s important to step back and remember that the backdrop is there to add atmosphere and enhance—not compete—with the model.”

Parke took all these elements and pulled them together to create the final image. His biggest challenge, he says, was to use the correct lighting, subtle enough to give a painterly feel to the photo but dramatic and intense enough to convey the subject matter of the painting: the divine glow lighting Beatrice’s face as she communes with God (also enhanced with golden touches from makeup artist Nikki Verdecchia). The result? Being on set was like stepping into the painting itself—an enchanting experience for everyone.

DANTE’S VISION OF AMOR AND BEATRICE
My oil painting (left) is based on a passage from La Vita Nuova, in which the poet Dante unwinds the story of his love for Beatrice within the context of the evolution of his poetry. When I first read the book, I was particularly struck by Dante’s nighttime dream-vision of the god Amor, who appeared to Dante holding both the poet’s heart and his beloved Beatrice while surrounded by flames. At the time, I thought it was one of the most intensely romantic things I’d ever read! Years later, I recalled the story when I was planning my art for The Lover’s Path Tarot, and was inspired to finally paint it at last.
—Kris Waldherr