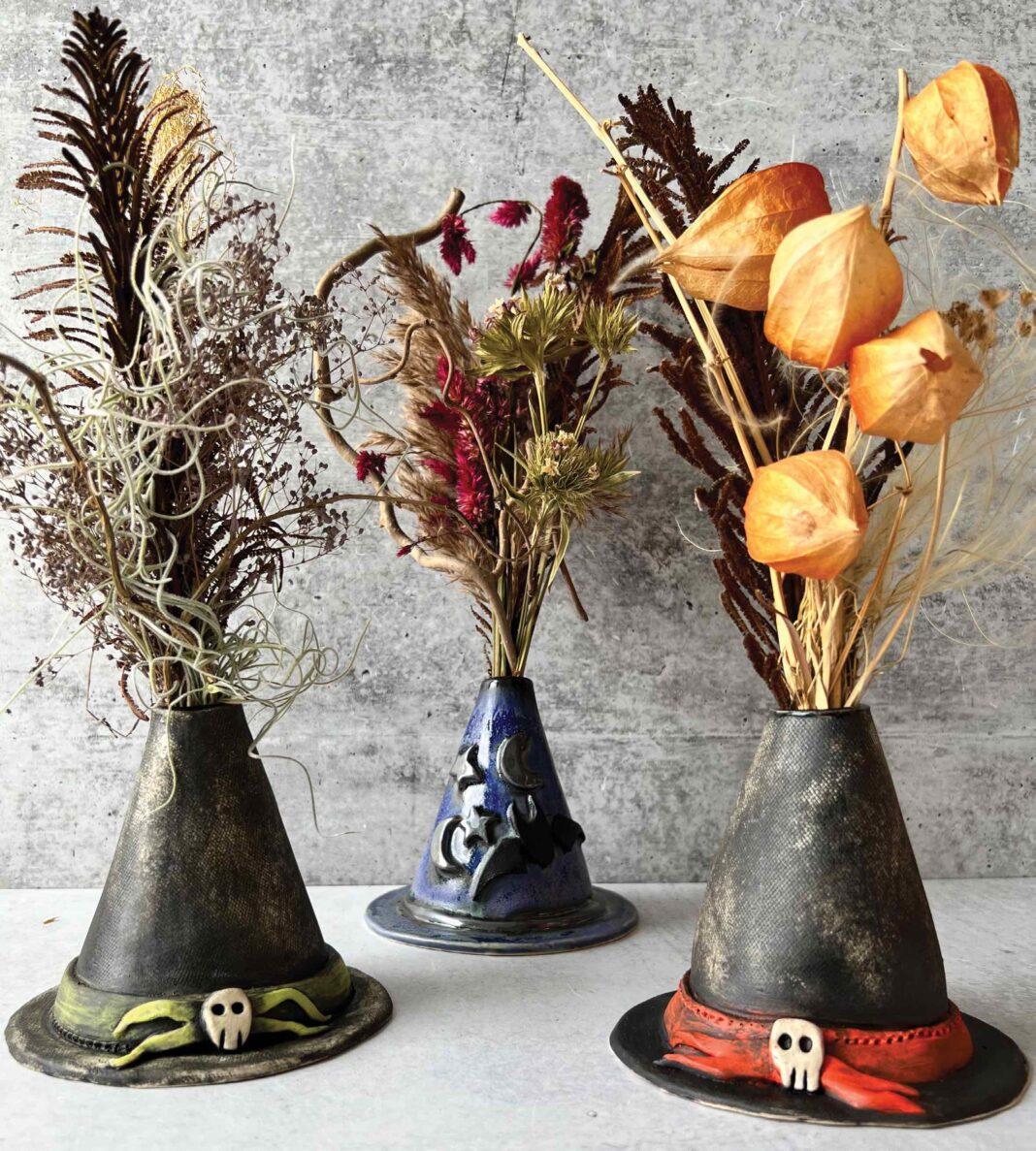 If you enjoy well-made, gleaming gorgeous ceramics but prefer your pottery festooned with ghosts, bats, skeletons, and the occasional demon or in the form of a jack-o’-lantern or witch hat, then Lindsay Keating, a.k.a. Cabinet of Curious Clay, might have just what you need—if you set your alarm and manage to nab a piece during one of her scheduled public releases, that is. If you’re even five minutes late, you’ll likely be out of luck.

Keating began making ceramics in 2014 when she took a class at the park rec center near her apartment and fell in love with the process. “There’s something extremely enchanting,” she says, “about putting the pieces into the kiln and opening it a day later to see a complete magical transformation!” She started selling her work at craft fairs, where for years she’d been vending T-shirts she printed and bags she sewed. Her early ceramics work featured pieces covered in barnacles as well as hand-painted art nouveau motifs, but her personal tastes have always run darker: She’s been into the goth subculture since the late 1990s. When she started making spooky ceramics around 2016, she knew of only one other potter on Instagram that was making them. “Since then a bunch of others have sprung up,” she says. “It’s been cool to see how arts and crafts have been transformed by subcultures over the past twenty years.”

Aside from the goth scene, she’s inspired by history and historical art, including medieval woodcuts of witches and devils. Other inspirations are the Victorian aesthetic and “just any really old, strange art like Bosch.” Her one-of-a-kind jack-o’-lanterns are some of her favorite pieces to create. “I throw them on the wheel, alter them, and carve their faces. I love experimenting with them and continue to add new elements. I try to make 100 jack-o’-lanterns each spooky season!”

Keating also founded and runs the super popular Darksome Art & Craft Market, a quarterly virtual market where all manner of witchy creators peddle their wares, all “handmade work with a dark vibe.” She also hosts one in-person market, Every Day Is Halloween, each October at Philadelphia’s Mount Moriah Cemetery.

While she doesn’t call herself a witch, she’s drawn to the magic of witches and pays homage with the ceramic witch-hat vases pictured here.
“I think many women are drawn to witches,” she says, “because they’re powerful, often female figures who’ve been maligned and persecuted for trying to be seen and heard in our patriarchal society. I think we’ve taken the witch and reclaimed her and some of our power.”

Follow Lindsay Keating on Instagram @cabinetofcuriousclay to find out about her upcoming sales. She’ll also have an art exhibition of more sculptural ceramic work—Pandora’s Pottery—at the Philadelphia International Airport in Terminal D from October 2022 through April 2023.