Home Writing Fiction Cordelia, or the Price of Salt 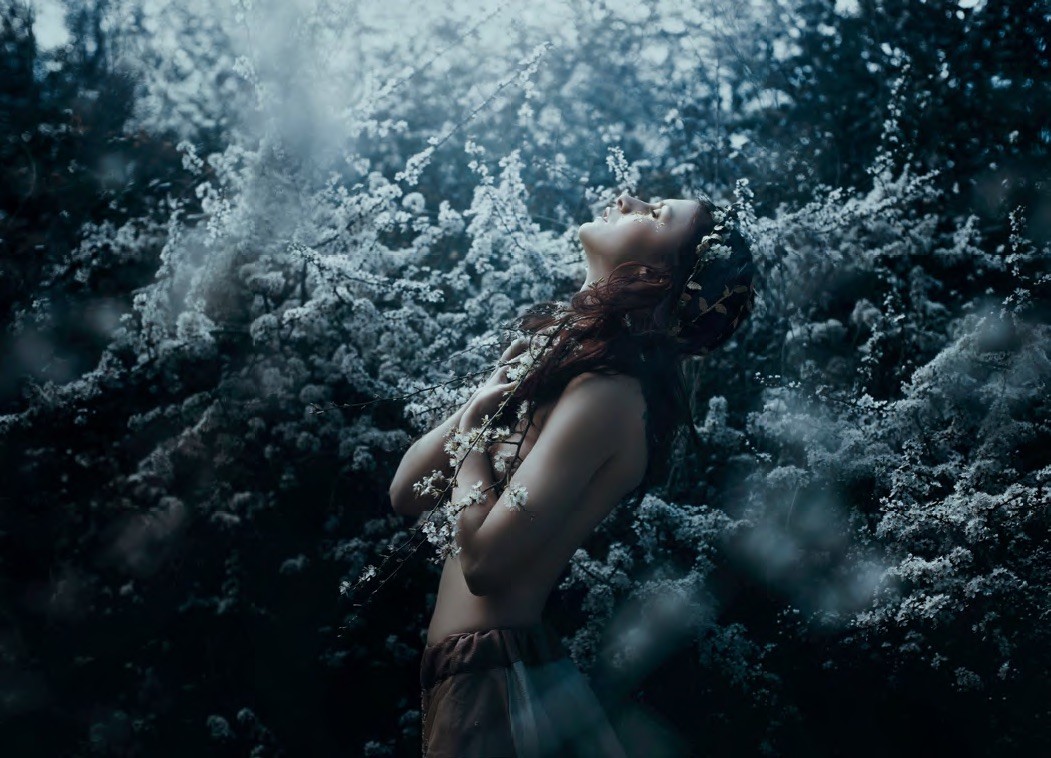 Father loved me better than my sisters. That sounds desirable, yes? To be best loved, to be the one desired?

The dresses he gave me were golden as the sun, luminescent as the moon, bright as the stars. They weighed more than the sum of their gems, and Father smiled when I trembled under their spangled bulks. I gave them to my sisters; Goneril let out the hems, and Reagan tucked in the waists, and they wore them and wielded them and hated me for having them first.

Divested of finery, I sat on the hearth, imperfectly skinning tough vegetable roots, while Cook told stories in time to the crackling fire and the boiling pot. Riddles were her favorite seasoning, after salt.

O what is longer than the way?

Even my plainest gowns were too fine to withstand the tide of spattering oil and ash, and so Cook gave me an apron, heavy with patches and mending. In the firelight, some squares gleamed with phantom jewels. Others prickled like fur. While I wore this fanciful, shabby garment, every tale seemed probable, if I could find the right words. The words to tell my story.

Every time I felt them gathering, sparking on my tongue, Father summoned me. As I washed soot from my skin, my words mixed with lye and pooled around my feet.

But even as I stood motionless and smiling beside his throne, his hand a claw at the center of my back, I knew the price of salt. And love.

What is deeper than the sea?

The night Burgundy and France called for me, I washed my face in clear water and took off my apron, but left a smear of ash along the back of my hand where I knew they would kiss me. Would they recognize a cinder-girl? Or would their lips hover over my skin instead of risking an unscripted word?

Burgundy held my hand like a dead thing, his nose bobbing above my knuckles, and he put too much salt in his soup. He and Father sat close at the table, punctuating their conversation with clinks of their glasses. Though his gaze found me again and again, he did not speak to me. 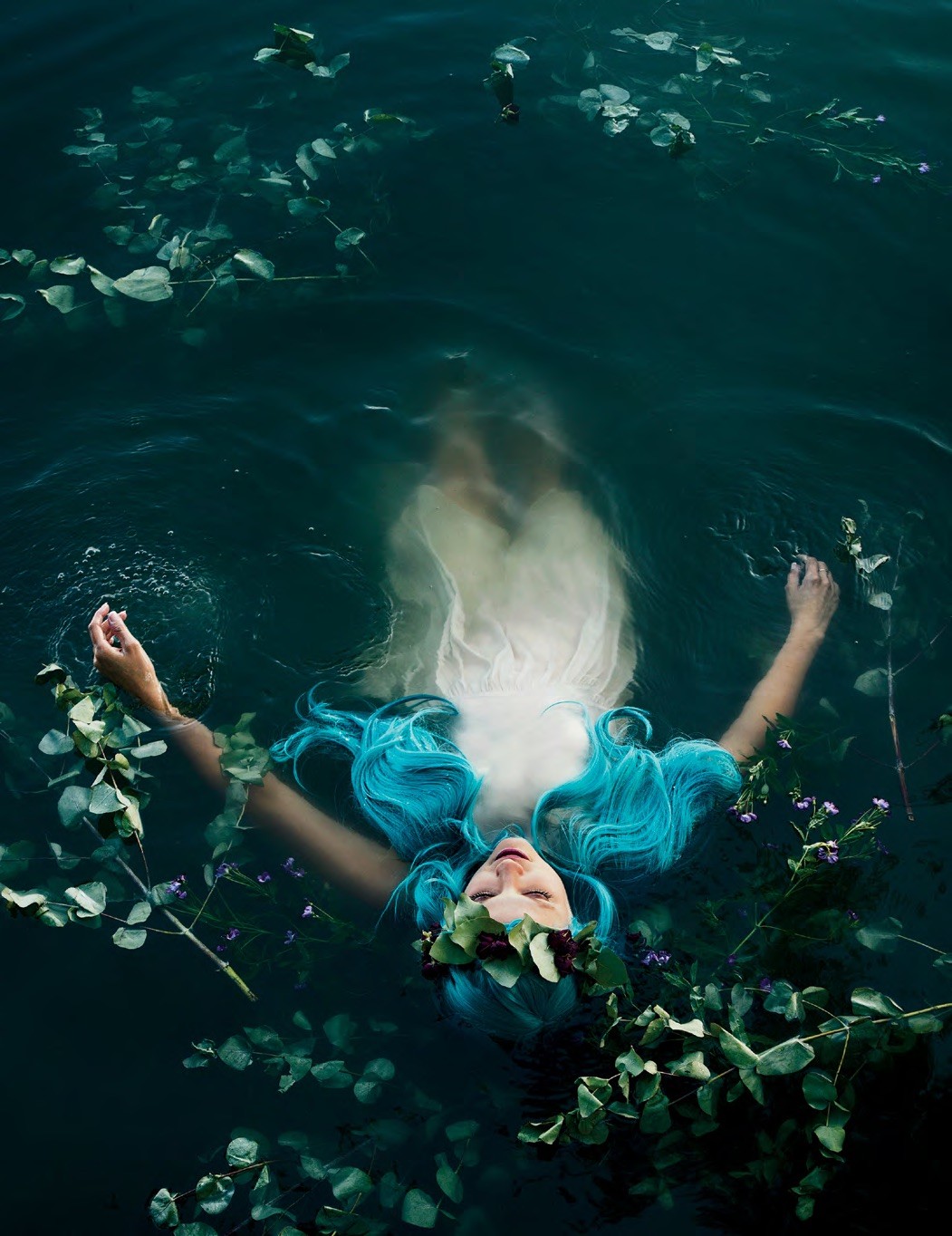 France kissed my hand and smiled at me with silvery lips. As we ate, he asked me if I liked to cook, what books I read most often, whether I liked the garden best when it bloomed in the summer or slept in the winter; and he listened when I said yes, fables that end well, neither—but autumn, when the leaves are most brazen in their dress and the air tastes like a green apple. The way his hand lingered on the salt spoon made my heart pound.

“Burgundy, though not a king, is far richer than France,” Father told me. “His fields are wider, his wine more costly, his doublet twice as thick with gold thread. You will catch him, Daughter, if you can.”

What is louder than the horn?

After supper, my sisters sang, while I plucked at my harp. They sounded sweeter than a pair of poets’ nightingales. Reagan’s eyes scratched, delicately, over France’s high forehead and his cheekbones, while Goneril bit into her lips as if they were marrow bones.

What is sharper than a thorn?

Later that night, I slipped out of bed, wrapped the apron round me, and crept into the kitchen. I curled my fingers through the ashes, drew stars and whorls on the hearth. Sometimes, I would trace a word and then quickly dash it out.

When the door creaked open, I whirled round, clutching the fire poker.

The King of France slipped past the door, the light of his candle illuminating his bare feet.

“What do you want?” I asked, lowering the poker but holding it steady in my hand.
“Cordelia.” My name in his mouth sounded like waves in a quiet cove. “I was thirsty,” he told me. “There was no water at supper, only wine.” When he stood there, still and quiet, I put the poker down and took his hand.
I could have poured him water from a jug, but instead I led him outside and drew him water from the well. When I moved to ladle the contents to a cup, he stepped closer and took a sip from the dipper in my hands.

O love is longer than the way.

“If I were a fairy, I’d have to grant you a wish,” he told me with a smile.
“I would ask you to take me away from here,” I whispered, then covered my mouth. The ladle clattered to the ground.

And hell is deeper than the sea.

“Where would you wish to go?”
“Anywhere. Anywhere with a clean, bright room, kind hands, and a soft sea.”
“A sea full of salt,” he said, and smiled. “Your dressing gown is most remarkable.”

“It’s full of stories,” I admitted.
Gently, he touched a blue square near my throat. “Tell them to me.”

And silence is louder than the horn.

And so France and I sat on the cool grass, and I spread my patchwork garment between us. Tales of goose girls and witch’s gardens and stone soup surged from my lips, my words eddying round us. When my fingers slid from satin to fur, I told him about the princess and her father, her gowns and her cloak woven of rushes and patches. About how she forgave him in the stories and went back home.

In the moonlight, his eyes shone the blue-gray of the sea. His hands were steady on the ladle, holding it close but not too close. I leaned forward and drank until the ring pressed against my lips like a secret. It slid comfortably onto my finger, a plain silver band.

“I know your father prefers Burgundy for you. He is richer, and he might be kind to you.”

I thought of Burgundy’s cold hands and the distance he maintained from ashes, and I shook my head.

“Perhaps he will let you choose.”
My fingers clenched on fur. Again, I shook my head.
He took a breath. “My army is strong. I could—“
“No.” I bent toward him till our foreheads touched. “I know what to say.”

“What? What could sway a king?”
I smiled. “Nothing.”
And Father’s love is sharper than a thorn.
When France’s ship sailed, I stood at the bow. The wind painted my hair with salt, and my plain, white dress blew behind me like a wave. As the coast grew small behind us, I told France a new story about a princess who took no dresses from home, only an apron and a ring, and who never, never returned to her father, who loved her less than salt.