Article from the Autumn Issue #40 – Subscribe or Buy Issue

I own a T-shirt that gets a lot of compliments. It reads FAMOUS WITCHES in a fancy blue font, above photos of famously witchy women like musicians Stevie Nicks and Cher (cuddling a black cat), artists Yayoi Kusama and Frida Kahlo, and transgender activist Marsha P. Johnson.

But who is that mischievous-looking woman, hair piled atop her head, beads piled onto her satiny, leg-of-mutton blouse? Dramatic earrings, arms folded, one eyebrow slightly cocked. It’s Pamela Colman Smith. You might not recognize her name, but I promise you know her art, have likely interacted with it, might even own it. Colman Smith created the Rider-Waite tarot deck, the classic deck that pops up in every TV show, movie, or photo shoot with a tarot scene in it. The yellow-edged box, the plaid backside. It is the deck that I first learned tarot on, upwards of thirty years ago, but I didn’t know very much about its female creator, whose name is conspicuously absent from the box (grrr). 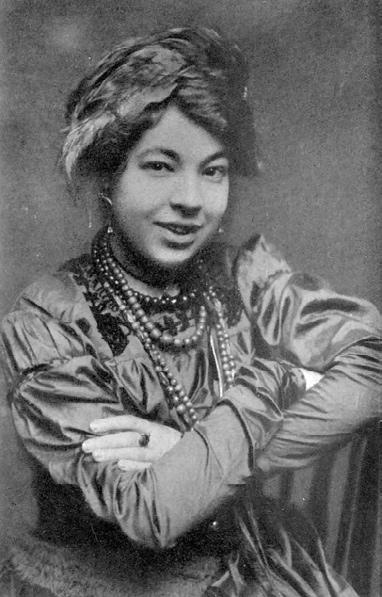 Colman Smith was an Aquarius, born in Britain on February 16, 1878. Her mother was Jamaican, her father a white American. Moving as she did between Britain, the United States, and Jamaica, her frequent images of ships and the rolling, blue ocean feel personal. Known as Pixie to her friends, Colman Smith had artistic influences that included the heavily metaphorical philosophy of the Symbolists, which served her well in creating a tarot deck, layered as it is with glyphs and mystery. That she was also interested in Art Nouveau aesthetics is evident at a glance.

At the age of twenty-eight, she approached photographer Alfred Stieglitz, wanting her paintings and drawings to be hung in his Little Galleries of the Photo-Secession, which until that point had only exhibited photography. But Stieglitz thought such work could help illuminate photography’s “possibilities and limitations,” so he agreed. The show opened in the winter of 1907 and was the most popular exhibit in the gallery’s two-year history. All of Colman Smith’s work was sold. Stieglitz showed her work again and again, even photographing it himself, creating a portfolio of platinum prints he sold commercially for his own benefit.

In 1909, occult scholar Arthur Edward Waite paid Colman Smith a flat fee to illustrate the seventy-eight cards of the tarot. An occult scholar, Waite had already published numerous  books before embarking on a tarot project, volumes on alchemy and black magic as well as explorations of the work of famous mystics. The two knew each other from the Golden Dawn, a western mysticism order they both belonged to. The 15th century Sola Busca tarot—the only tarot to use pictorial images and not repetitive numbers—was used as a guide; the collaborators viewed the Italian deck when the Sola family gave a set of photographs of it to the British Museum in 1907. Some images, like the iconic, piercing Three of Swords, are clearly lifted from the older deck, while others are less obviously derivative. The style, however, is a huge departure: simpler, modern, less muscular, more romantic. Colman Smith finished the deck, a total of eighty cards, in just six months. In a letter to Stieglitz, she wrote, “I’ve just finished a big job for very little cash!”

By 1911, Colman Smith had converted to Catholicism, taking on the middle name Mary. Though this seems like a sad turn for a spiritually adventurous artist, she urged friends to join in her converting, as the Catholic Church was “such fun!” Perhaps she could feel the pagan undertones in so much of the Roman Catholic Church’s pomp and circumstance. In any case, Catholics were an oppressed minority in the U.K., and while Colman Smith’s conversion might seem like a move toward conservatism today, at the time it likely only enhanced her eccentricity.

“Tarot scholars are known to refer to the Rider-Waite deck as the Waite-Smith deck, canceling out the (male) publisher’s name for the name of the woman who made it—and the practice of tarot itself— what it is today. ”

Colman Smith died in 1951, in Bude, Cornwall, where she lived in a home bought with an inheritance from an uncle. The occupation listed on her death certificate reads “Spinster of Independent Means.” Though just a decade earlier she had been recognized by the Royal Society for the Encouragement of Arts, Manufactures, and Commerce, she was not listed as an artist and was making a meager living running a home for vacationing Catholic priests. What art was in her possession when she died of heart disease was sold at auction to pay off her considerable debts. The rest of her estate was willed to her “flatmate” Nora Lake, a reputed spiritualist and Colman Smith’s likely lover; the two had been companions for forty years. Although nothing definitive is written about the artist’s sexual predilections, she never married, was linked to no men, and spent her time in the company of women, many of them known queers such as the handsome Edith “Edy” Craig, a bisexual suffragist who famously lived in a ménage-à-trois with a straight couple until her death. Craig was also the model for the Queen of Wands in Colman Smith’s tarot. Some find it rude to speculate about a person’s sexuality; I find it to be a lot of fun. Reading between the lines, as is necessary when looking for lesbians of yore, it seems clear that Pamela Colman Smith preferred the company of women.

Though scholars dig through documents and tarot-loving psychics conduct rituals, no resting place for Pamela Colman Smith has ever been found. She may be buried in an unmarked grave in the Bude cemetery; she may have been cremated (though unlikely for a passionate Catholic); she might have been buried at sea. Like the originals of the eighty cards she labored over, Colman Smith herself has vanished. Forevermore we have her work, a tarot deck that not only pleases the eye but speaks directly to the subconscious—an art tool that allows us to get closer to ourselves, the universe, the divine mystery of existence. Tarot scholars are known to refer to the Rider-Waite deck as the Waite-Smith deck, canceling out the (male) publisher’s name for the name of the woman who made it—and the practice of tarot itself—what it is today. I suggest we all do the same. Blessed be, Pamela Colman Smith. May you feel our delayed appreciation, wherever you are. 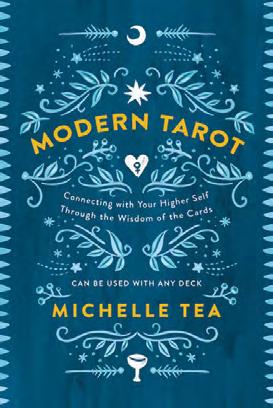 In her new book, Modern Tarot: Connecting With Your Highest Self Through the Wisdom of the Cards, Michelle Tea reinvents tarot for a new generation.  “I love reading tarot cards,” she says.  “They are complicated and inviting little  bundles of art designed to bring you  closer to your own experience and to  the mysteries of the universe. I’ve long  been putting my own spin on the tarot  in readings, interpreting these ancient  images for our own day and time, looking for ways to subvert the dated approach to gender and the heterosexism baked into classic decks. With Modern Tarot I got to really look at my methods and find ways to share them with both longtime readers and those interested but intimidated by the tarot.”