Home Travel Slovenia, Like Something Out of a Fairy Tale 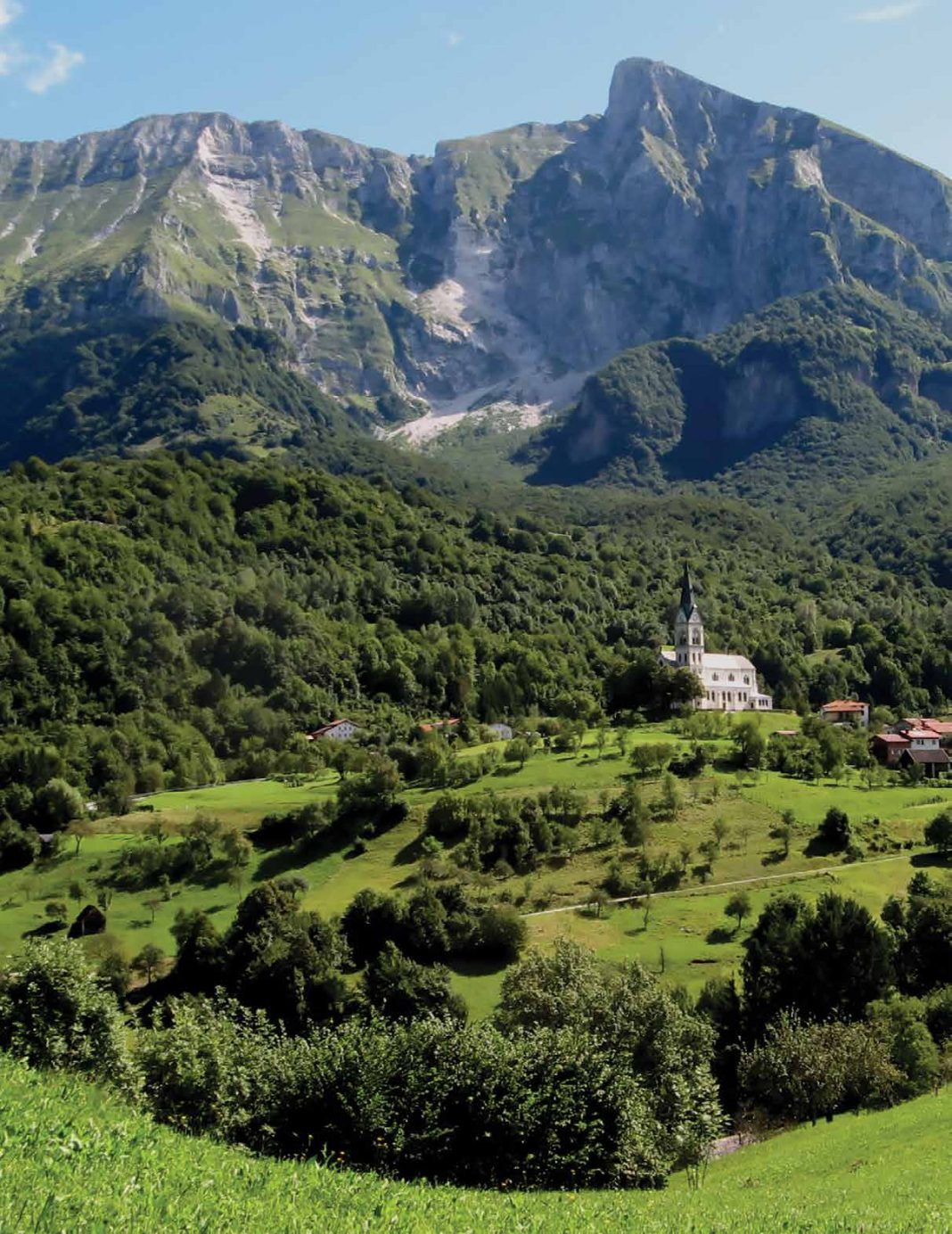 There is nothing that can prepare you for your first look at Slovenia’s Lake Bled. It comes less than an hour after you take your leave from Ljubljana, this tiny European country’s capital. You’re motoring down an average, if nicely picturesque highway, and then with a quick turn or two you’re in a land clearly crafted from enchantment. On this bright summer’s morning, the sun shining down with a lemony benevolence, it’s so perfectly and precisely beautiful that it must have been lifted whole from the pages of a fairy tale.

Translucent waters of cyan so vivid they most resemble gemstones made liquid lap against richly detailed, gondola-like wooden boats carved by hand. These, you learn as you step into one, are pletna boats, and they ferry passengers across the lake, to the wee island that sprouts improbably from its center. As the pletna slides through the glinting water, the bluffs above the northern shore come into relief. There, perched like a phantasm over four hundred feet above the water, its red-brick roof distinct against the snow-capped Julian Alps rising in the distance behind it, is Bled Castle. Built more than a thousand years ago, its profile graced by parapets, ramparts, and towers, it convinces with one peek: here wizards and dragons and faeries once romped.

And then, as you near the island, your eyes are captured by the reason for the cruise—the Church of the Assumption, built in all its Baroque beauty at the end of the 17th century. But worship began much earlier there. According to local lore, the temple of Živa, the ancient Slavic goddess of life and fertility, once stood in place of the current church. There are many legends to discover on this small spit of land, each more romantic than the last. As you hike up the monumental ninety-nine-step staircase on the island’s south shore, every step widening the vista and increasing the soft breeze against your face, your guide tells of grooms carrying their brides up these stairs. According to tradition, the brides must remain silent to guarantee blissful matrimony.

For those still seeking their heart’s desire, a wishing bell, dating to 1534, hangs high from a wooden beam in the church’s nave. According to myth, a widow who lived in Bled Castle had it cast for the church in honor of her dear departed. As it was being transported to the island a squall arose. The boat sank to the bottom of the lake, from where the bell is said to still ring to this day. When the widow died, the Pope consecrated a new bell, shipping it to the island. Residents still believe that whoever honors the Virgin Mary by ringing the bell will have a wish granted, and couples about to wed make sure to pull the bell rope to further assure happiness in their new life together.

If Lake Bled is imbued with a nearly palpable air of magic and mystery, so too is Slovenia’s Soča Valley. Just an hour and a half from Bled over and through the Alps on the Vršič Pass, the drive is not only spectacular, but historic. Vršič, which tests your mettle with fifty nerve-wracking hairpin curves and is Slovenia’s highest road pass, was constructed by Russian prisoners during WWI. Once you descend from the Alps, the Soča Valley—so named for the river that springs, ancient and mighty, from these very peaks—opens up wide before you. Rolling and verdant, it’s a place of fertile fields dotted by wildflowers and old forests, dark and dense, unspooling gracefully beneath the gaze of those iconic mountains. Here and there, a tiny Alpine village swings into view as your car progresses through the landscape, a church spire inevitably reaching from its center toward the sky. It takes your breath away, this beauty so idyllic it doesn’t seem real.

And you think, once again, as you did in Bled, that this is something out of a fairy tale. And you’re right. So charmed is the Soča Valley that the 2008 Disney film The Chronicles of Narnia: Prince Caspian was filmed there. The massive Beruna Bridge set piece, where the Telmarines build their war machine, was erected by contractors over the Soča River, at the town of Bovec. (The bridge was torn down at the conclusion of filming.) Today you can traverse this river by raft, beginning your whitewater journey in Bovec. It’s a milder ride than many rivers in the United States—the river guide handles all paddling himself—leaving you time to ponder the Alpine-cold gin-clear emerald green water splashing against your raft.

Past dappled meadows and primeval forest you float, into narrow canyons formed by towering limestone gorges, only the brilliant blue sky and towering mountain peaks visible beyond. You pass kayaks navigating the current and, in quieter stretches, fisherman angling for the Soča trout. Famously elusive, it is found nowhere else in the world but this river. After a few precious hours, the ride is over. You’re ferried back to Bovec, where you quaff ice cold Lasko, Slovenia’s best beer, and begin to plan your next Slovenian adventure.

For more information on travelling in Slovenia, visit adventureslovenia.com. 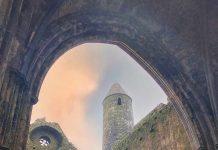