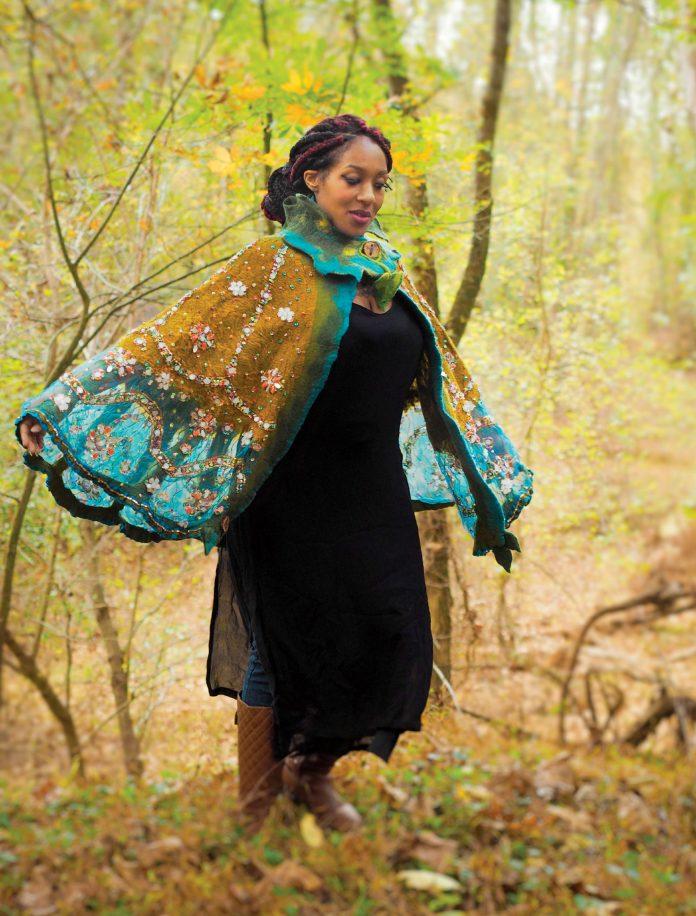 When Lynn Hurst of South Carolina’s Moss Hollowe Farms isn’t tending to her small flock of sheep, dairy goats, chickens, ducks, guineas, and peacocks, or selling eggs and produce and fairy soap at the farmers market, you might find her conjuring magical felt garments from the silver-gray locks of her beloved Gotland sheep. This ancient Swedish breed has a fleece so unique that when J.R.R. Tolkien happened upon a flock in the northern hills of England, he imagined that his elves’ cloaks were made from that same wool, as “gray with the hue of twilight under the trees they seemed to be; and yet if they were moved, or set in another light … dusk-silver as water under the stars.” 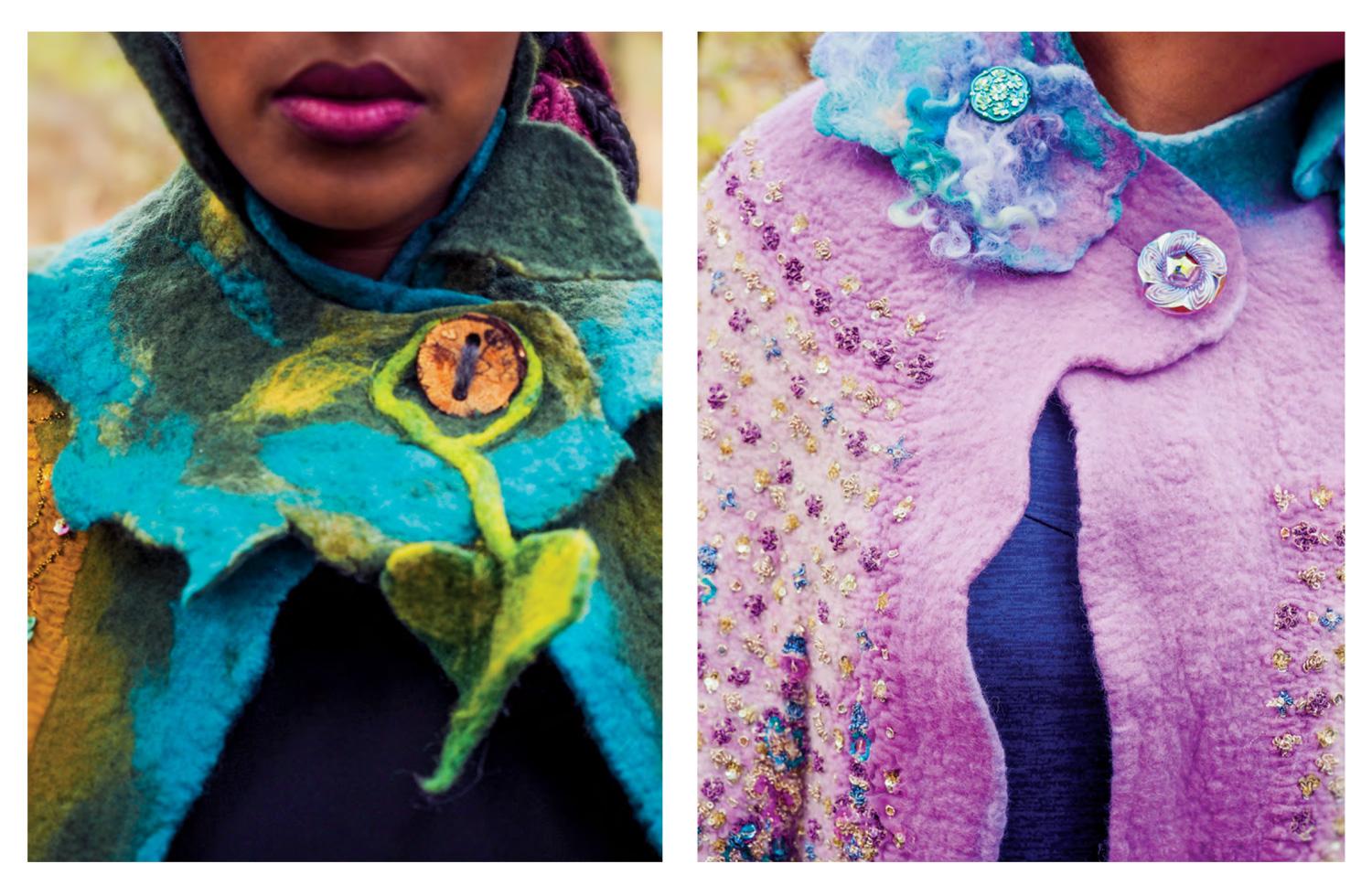 The process of felting is “magical,” Hurst says. “You can take the locks of a beautiful gentle animal, card it into clouds of soft billowing fluff, and then, with a little soap and hot water, transform it into anything you could possibly imagine: thick sturdy shoes, jackets, slippers, mittens, hats, to keep you warm, or light-as-air scarves and gowns, shawls, tunics to adorn you, or even items for the home, like vessels, journals, lampshades, dolls, and toys, even wool paintings and tapestries.” It’s alchemy, she says. And a felted garment can somehow manage to look like it was made from bits of earth and bark and clumps of mossy leaves scooped up straight from the forest floor. 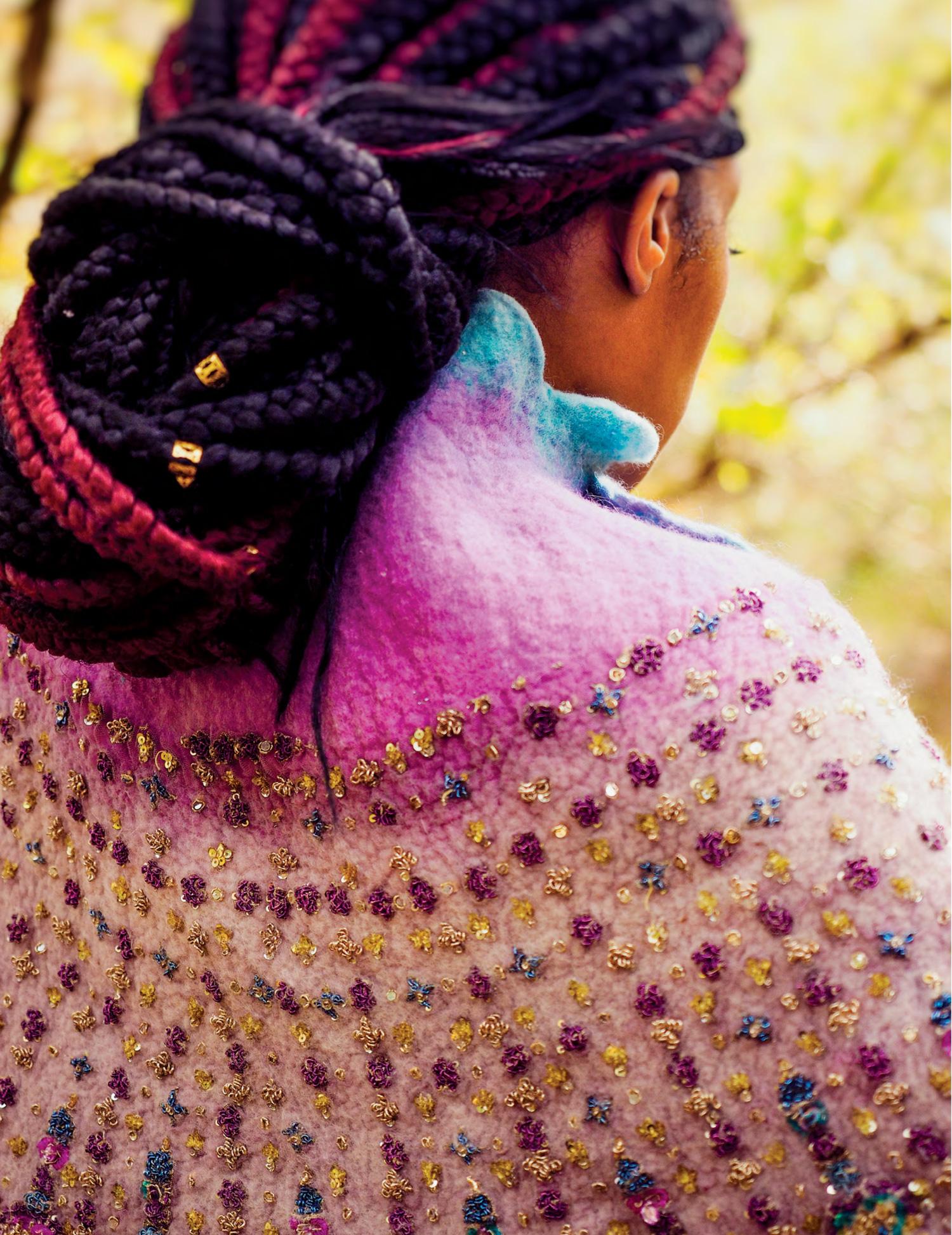 Hurst’s line of one-of-a-kind clothing, Fairy Moon by Moss Hollowe—which she sells exclusively in A Walk in the Woods, a new artisan and heirloom crafts boutique in historic Hendersonville, North Carolina—features enchanting garments that juxtapose the rustic, earthy qualities of wool with delicate airy silks and sparkling glass beads to create the most stunning fairy finery. “I love to create full-on over-the-top fairy wear,” she says, “but I also love to create items that I think of as ‘fairy streetwear,’ or what a fairy might wear while walking among the humans. These capes are the latter, or at least I think so.” 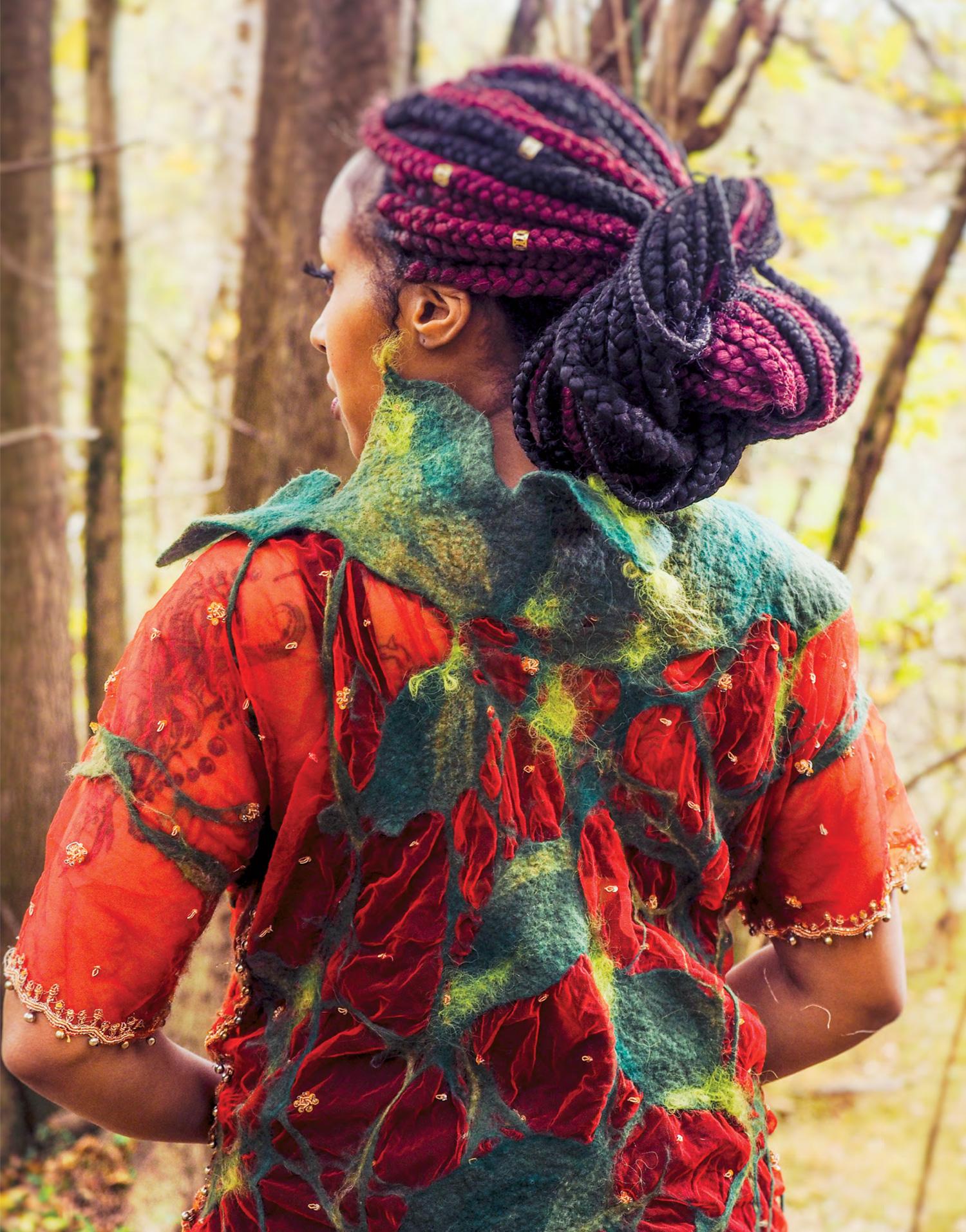 The cape she calls Snow Drift was intended to capture the “dazzle of sunlight on crested snow.” She says, “I tried to imagine what a Snow Queen might like to wear when out for a morning stroll.” Wishing Stars is an interpretation of the first stars emerging at twilight, with the constellations appearing as individual twinkling points in the sky (or the asymmetrical bohemian glass buttons on the collar). Titania’s Walking Cape  began as an antique piece of blue and yellow organza/net, but Hurst chose wools of olive and teal to bring the fabric into a more earthy realm—to evoke the “woodlands in which Titania might walk among her fairies” but still allow her to walk among the humans undetected. The fairy tunic Sweet Tomatoes was created for a fall fairy wedding, but its inspiration came from Hurst’s garden and the anticipation of summer’s bounty as the first little tomatoes begin to ripen. “It’s the balance of the sparkling gossamer grounded in the earth by the twining felted wool vines which I love,” she says. 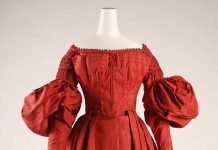 Fall of the Empire: Romanticism Through Dresses 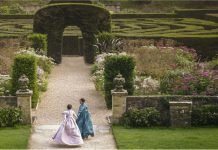 Venturing into the Countryside 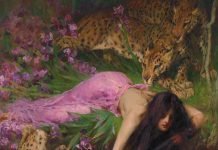