Home Writing To Quicken The Beatings of The Heart: Reanimating that Romantic Night in... 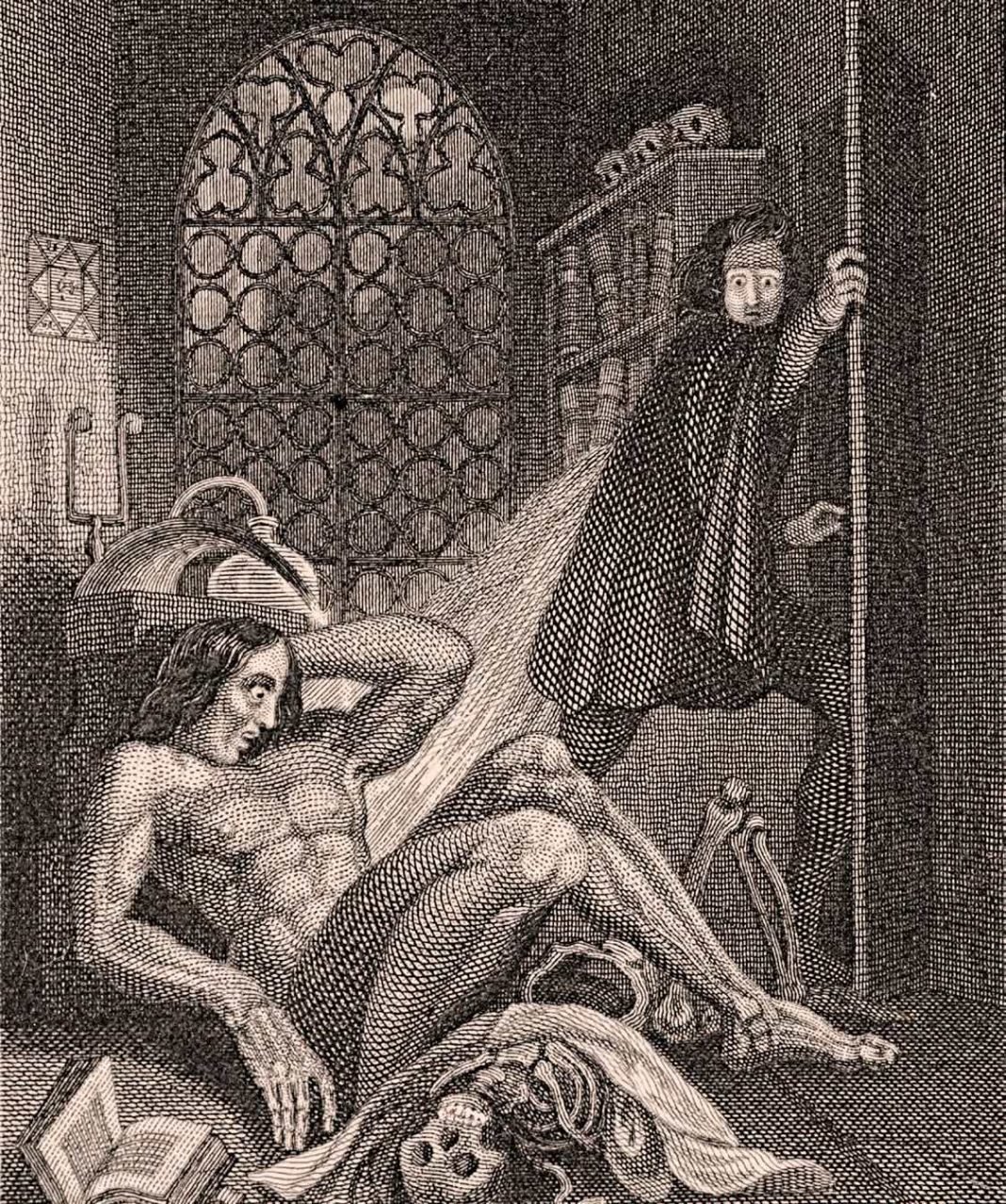 Surely the most lush and extravagant creative-writing workshop in history played out in June 1816 at Lord Byron’s summer rental on Lake Geneva. It was a “wet, ungenial summer,” according to the preface Mary Shelley wrote for the 1831 edition of Frankenstein, speaking to the genesis of that tale of reanimation. She and her soon-to-be-husband, Percy Shelley, and her stepsister Claire Claremont, joined Byron and his physician John William Polidori for some literary antics. “We will each write a ghost story,” Byron proposed one rainy night.

Not only did this writing exercise lead to Mary Shelley’s classic horror (she writes in her preface that she sought to “quicken the beatings of the heart”), but it has excited any number of artists since. That June night has been depicted in opera (Mary Shelley), theater (Bloody Poetry), film (Roger Corman’s Frankenstein Unbound), and fiction (Frankisstein by Jeannette Winterson, El año del verano que nunca llegó by William Ospina), just to offer a few examples. (There’s also an episode of Doctor Who.)

Seeking to re-create these febrile nights of heady indulgence yourself, to electrify your own heart-quickening fiction? We offer a few shopping suggestions and their price points:

$2.6 million:
The house on Lake Geneva where Mary Shelley is said to have written part of Frankenstein.

At the dawn of the pandemic last April, a house in the little French village of Nernier was put up for sale for $2.6 million. A plaque on the side of the house notes: “Mary Shelley, in this humble house, during April 1816, wrote several pages of her notorious book ‘Frankenstein.’”

The plaque is either lying or knows something historians don’t: There’s no other indication that Mary ever spent time in Nernier, and all other accounts (including Mary Shelley’s own) date the beginning of Frankenstein to Byron’s challenge that summer. (Byron’s rental, where they all set out to write about ghosts, still stands: The Villa Diodati has since been broken
up into luxury apartments. That building too has a misleading plaque, claiming John Milton stayed there in 1638, though the house wasn’t built until after the poet’s death.)

Percy Shelley, however, did tour Lake Geneva with Byron and stayed one night in a lodging house in Nernier, which likely eventually led to the plaque’s bit of revisionist history. Mary stayed behind in the house near Villa Diodati that she and Percy rented themselves; that house no longer stands.

Regardless, that little plaque can go a long way toward stirring the imagination and atmosphere, and the house itself is right on the lake and exquisitely restored. And it has a romantic history all its own, according to the real estate agent in an article in the Daily Mail: “Many years ago, when the alcoholic drink absinthe was legal in Switzerland, but banned in France, this house became a hotspot for smuggling across the lake from the Swiss side to the French side.”

A complete three-volume set of Mary Shelley’s novel The Last Man (contemporary green half calf gilt, black and red labels, published 1826) sold at Sotheby’s in 2014 for $4,800. The catalog notes: “The last leaf of volume three contains an advertisement for Frankenstein.” We recommend The Last Man because it too was a pioneering work of literature, often credited as the first sci-fi dystopian novel. And it should quicken your heart with its prescience, as it is set in the 21st century during a pandemic complicated by political issues. We recommend you buy the house in Nernier, settle into your quarantine, and read the book’s descriptions of Switzerland as you gaze across Lake Geneva:

Under the icy vaults of the glaciers, beneath the shadow of the pines, the swinging of whose mighty branches was arrested by a load of snow; beside the streams whose intense cold proclaimed their origin to be from the slow-melting piles of congelated waters, amidst frequent storms which might purify the air, we should find health, if in truth health were not herself diseased.

Mary Shelley’s vision of the apocalypse matches somewhat her own account of traveling to Lake Geneva in 1816, in History of a Six Weeks’ Tour. “Never was a scene more awefully desolate. The trees in these regions are incredibly large, and stand in scattered clumps over the white wilderness; the vast expanse of snow was chequered only by these gigantic pines.” That year, Europe was feeling the effect of the 1815 eruption of Mount Tambora, which was responsible for a global cholera pandemic credited with the deaths of millions.

If you’re feeling particularly flush, seek out a first edition Frankenstein. The Cadillac of Frankenstein collectibles has to be Lord Byron’s own copy of the first volume, which was given
to him by the Shelleys and signed by the author. After a lucky heir stumbled upon the book among his late grandfather’s belongings, it went on auction in 2013, selling for $455,000 according to some reports. (It’s one of two signed first editions known to exist—only 500 copies were printed originally.)

Free on Tubi:
Gothic, a film by Ken Russell.

The late 1980s saw two films devoted to June 1816 at Villa Diodati: Gothic and Haunted Summer. But the two couldn’t be more different—the breathy and misty-focus Haunted Summer barely even acknowledges the ghost-story competition, while Gothic is a trippy tribute to excess and hedonism, complete with an automaton stripper with push-button nipples, walls draped in red, an occasional fisheye camera lens to render everything bloated and looming, an electro-pop soundtrack by Thomas Dolby, and Julian Sands’s hair (which shows great range, from windblown to kinky perm). While I’m willing to celebrate a naked Eric Stoltz frolicking, poet-style, in a stream as Percy Shelley in Haunted Summer, its Sands’s portrait of the author
as a young man that consumes. (To gay men of a certain age, Julian Sands is the ur-text of sublime cinema nudity: His flawless form and boyish insouciance is featured in both Gothic and A Room With a View, in which his teatime skinny dipping seemed somehow revolutionary.)

Barely five minutes into Gothic, Sands is rushing across the lawn, practically skipping, picking up a peacock along the way. Quickly things move from this sunny introduction on to the decadence often associated with that historic night: We eventually find Sands naked on the roof during an electrical storm.

The cast includes Natasha Richardson as Mary (who the New York Times noted “doesn’t seem tall as much as she seems mysteriously elongated, a flesh-and-blood wraith”) and Gabriel Byrne as Byron, who dismisses any fears of judgment from the neighbors. “Let us blind them with our wickedness,” he proclaims.