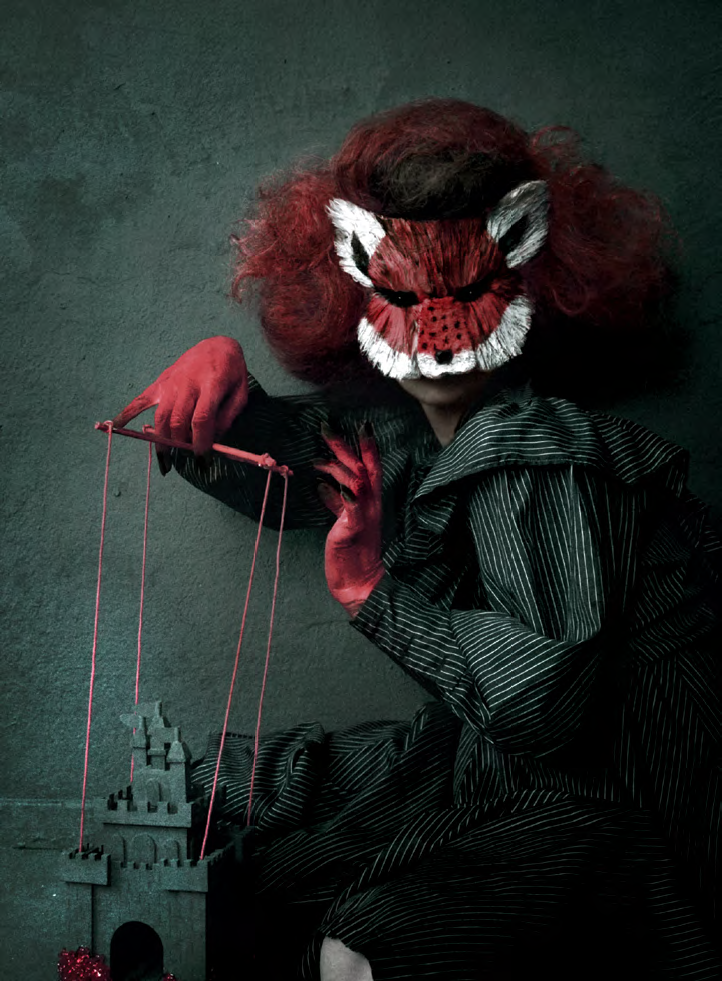 Austin artist Darla Teagarden brings magic realism literally to light in the medium of photography, leaving the viewer intrigued, wonderfully tantalized—one might even say spellbound—by her darkly cinematic and playfully animistic imagery. Inspired, in her words, by “old world children’s literature and early 20th century cinema and photography,” her work is “ritualistic” and very much embodies practical magic, which to her “means turning the mundane into something special. I work with a very small budget, using found or workaday materials, so I often have to be an alchemist of sorts—making something from nothing.” 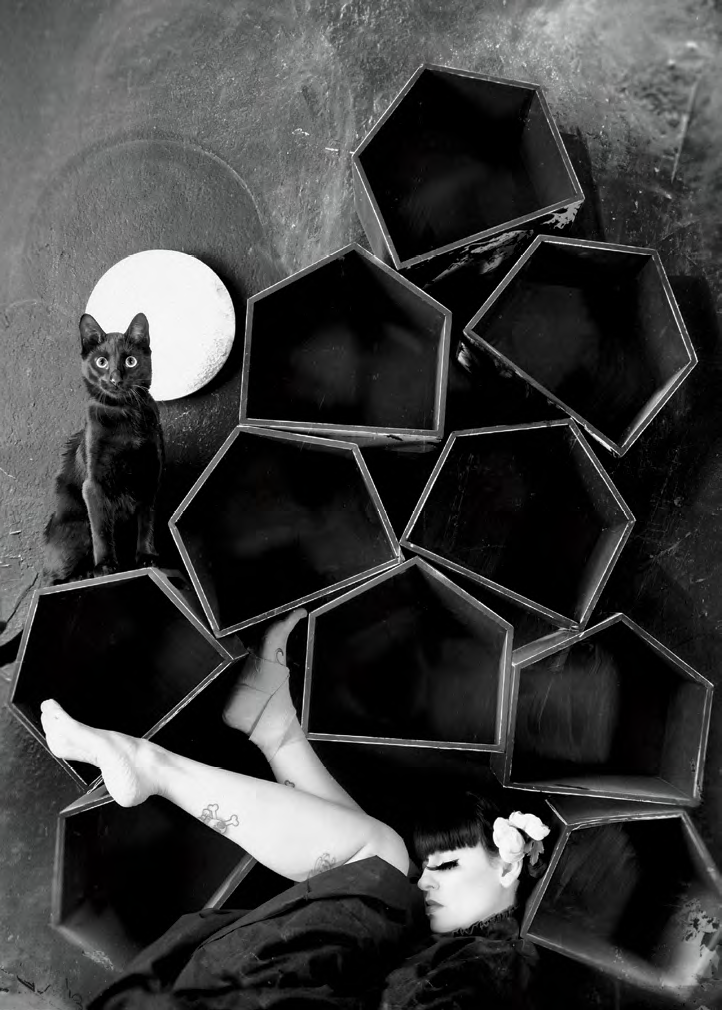 Teagarden’s work features a compellingly strong female energy, and although she is not a practicing witch, she tells us that she is inspired by them. “Witches represent so much of what women are—hunted, powerful, balanced, connected, intellectually and emotionally curious, dangerous, healing.” She’s also currently building a witch dollhouse. “It’s so cathartic making tiny tables and art and deciding where this witch character (who is totally a part of me) would put everything. It’s a bit like creating a set for a secret life I want for myself.” 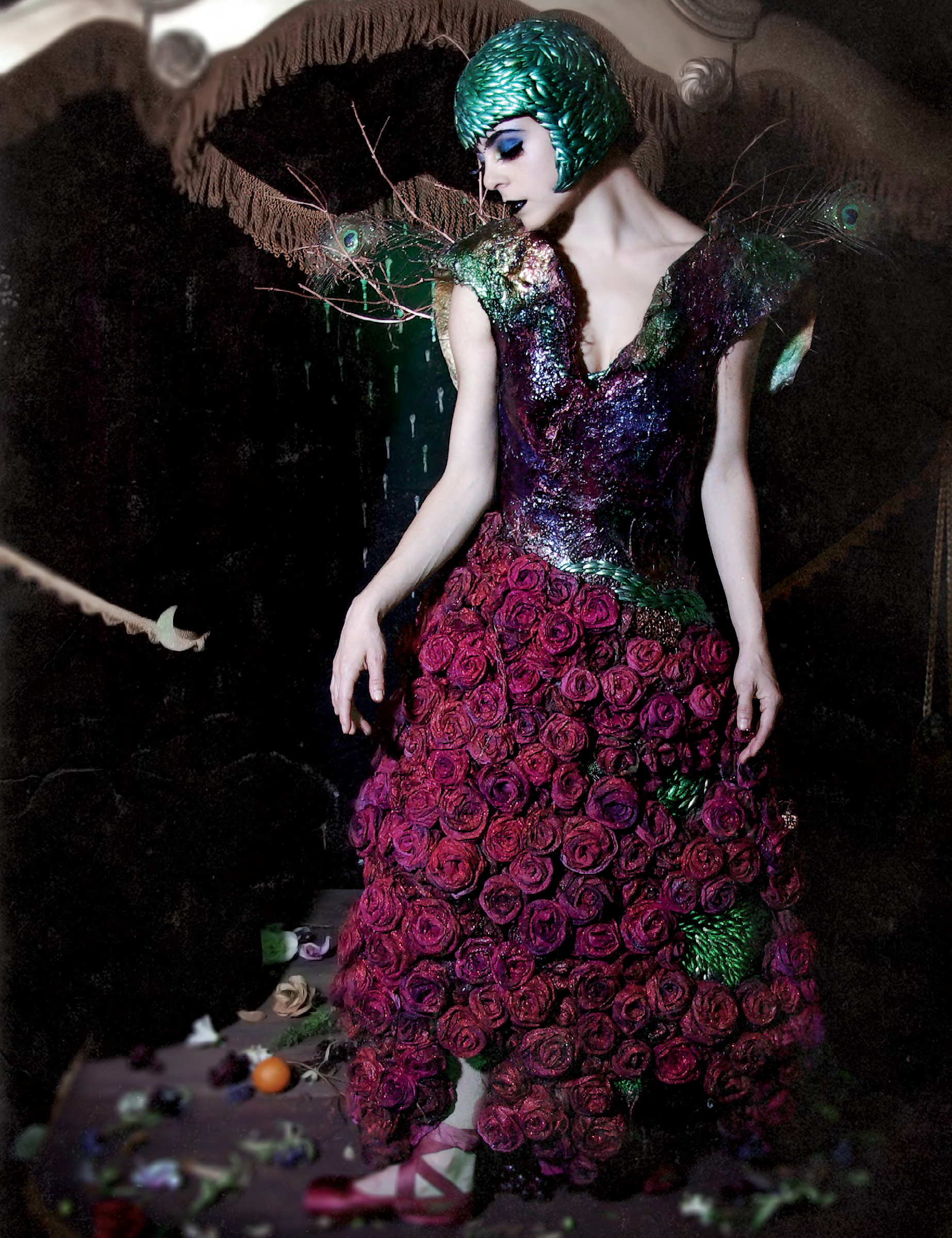 Since she was young, she has related to books and movies like Practical Magic. “Part of the witch story is being an outsider and being interested in the darker aspects of human experience,” she says. “Naturally, I sought out anything to do with how women can become powerful, including ways that are considered unconventional.” One mere encounter with her art has us wishing to immerse ourselves in the story and her dark and mischievously enchanted world.