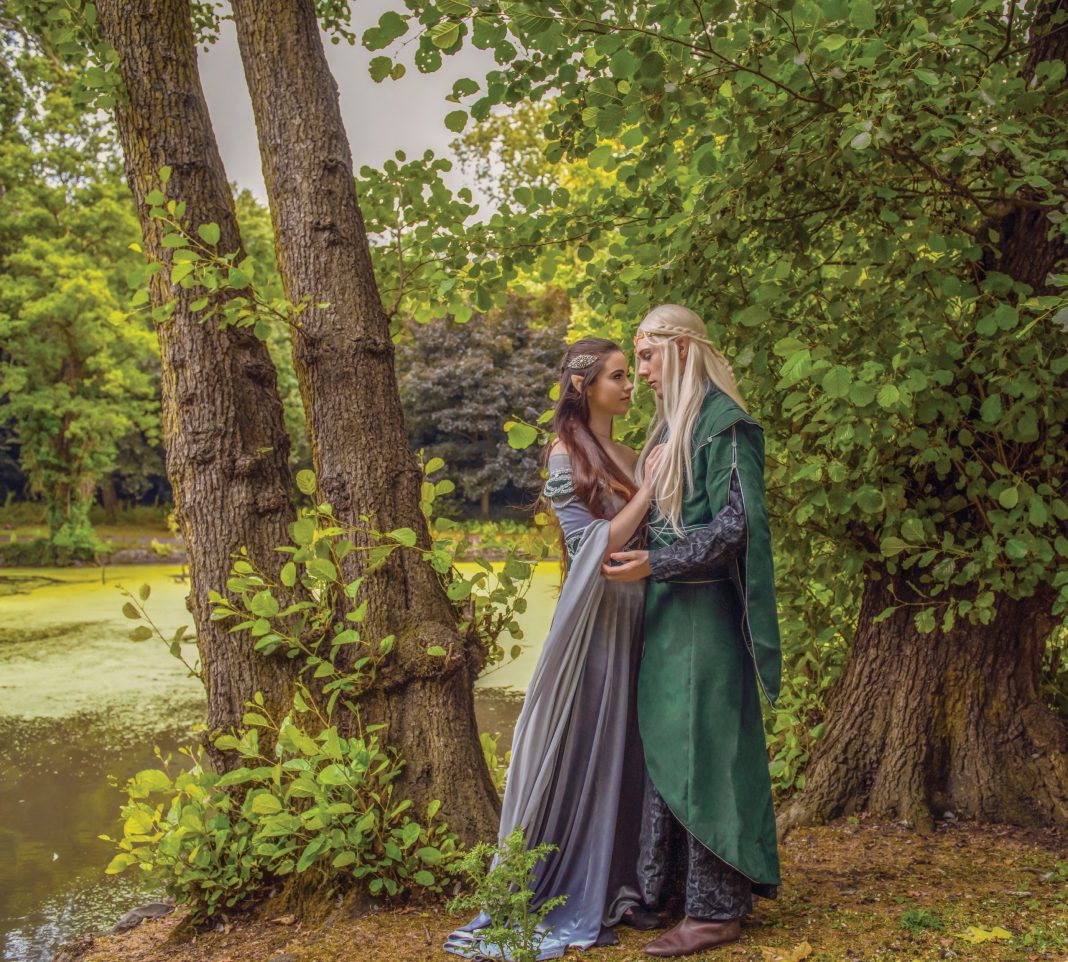 “I still remember the first time I saw The Lord of the Rings in the cinema,” says Portuguese photographer Ana Isabel de Fontes Correia. “I had not yet read the books back then, but right away I was pulled into its world. At this time, I was going through a spiritual transformation and was learning about paganism, which all the mystical creatures in the Tolkien universe stem from.” She was most attracted to the elves, she says, “their grace, their magical abilities, their connection with nature.”

It was Ian Hencher who first approached Fontes Correia with the idea of the shoot seen here—featuring the Mirkwood elves, as opposed to the Lothlórien elves of the shoot with Bella Kotak. “I knew in my heart that I could not say no,” she says. She chose a location close to her current home in London: a butterfly garden that has at its entrance a wooden, flower-covered arch that could bring the romanticism to life. The clothes that Dress Art Mystery designed for the shoot made everything more special, she says: “Deep greens and the amazing silver dress. As soon as I laid eyes on Sorcha in it, I was in total awe. She was an absolute vision.”

The results seen here allowed Fontes Correia “to be transported into the realm of the elves and magic once again.” We hope that her stunning, swoony images do the same for you!

“After a good deal of creeping and crawling they peered round the trunks and looked into a clearing where some trees had been felled and the ground levelled. There were many people there, elvish-looking folk, all dressed in green and brown and sitting on sawn rings of the felled trees in a great circle. There was a fire in their midst and there were torches fastened to some of the trees round about; but most splendid sight of all: they were eating and drinking and laughing merrily.”
—J.R.R. Tolkien, The Hobbit 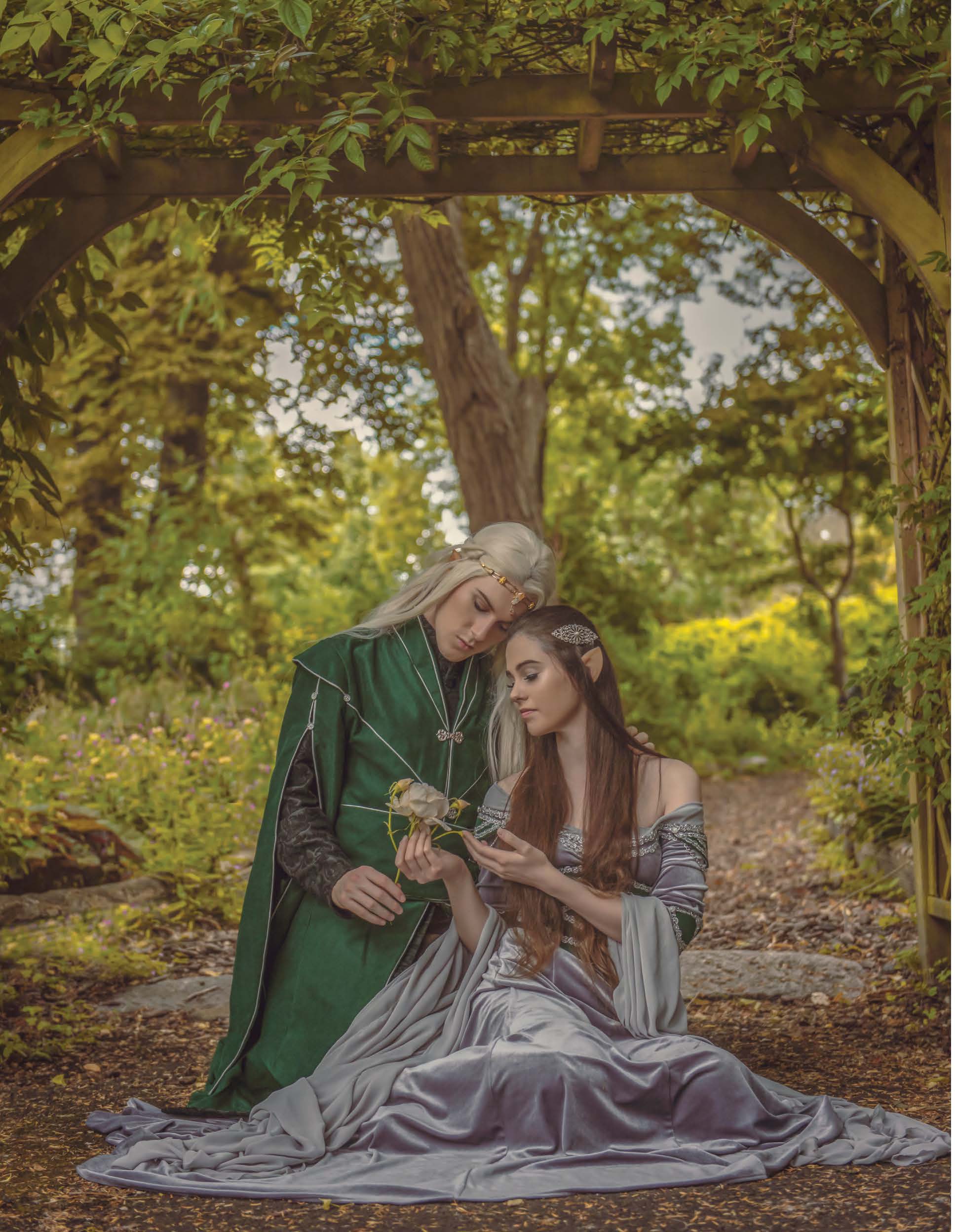 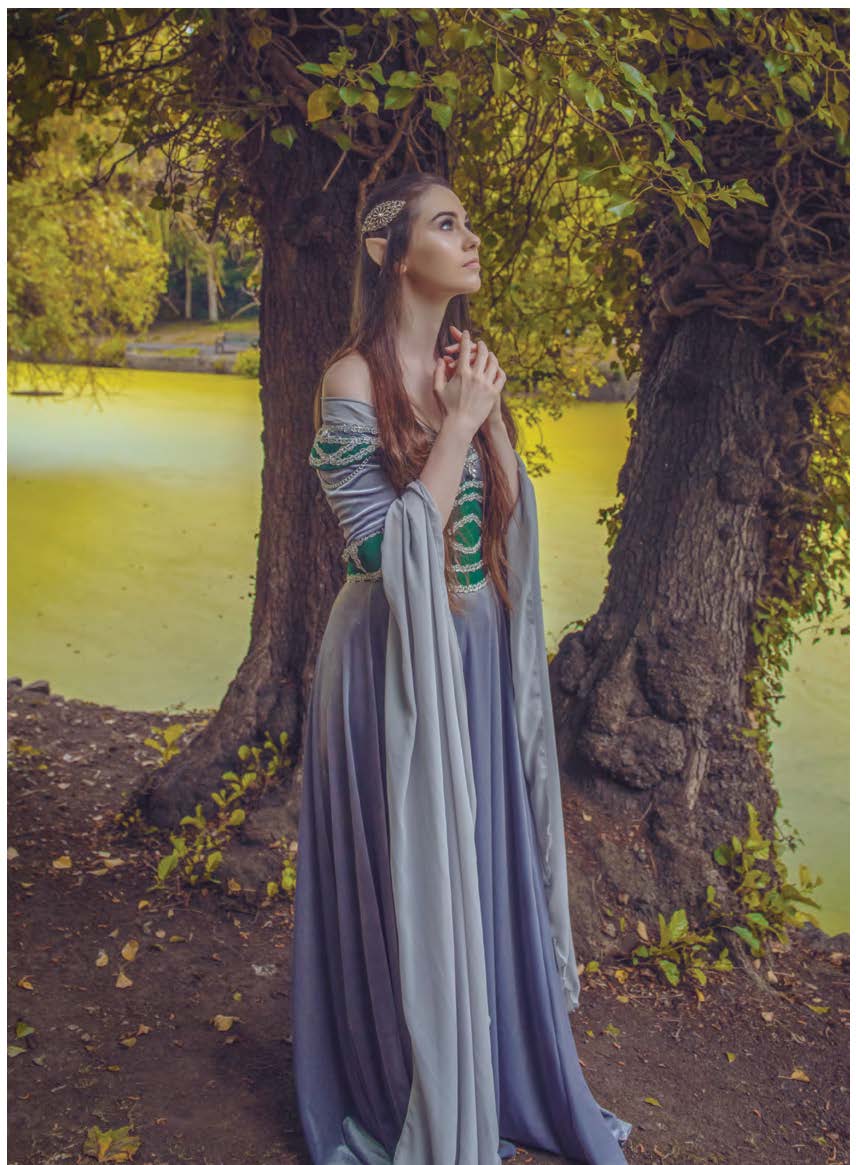 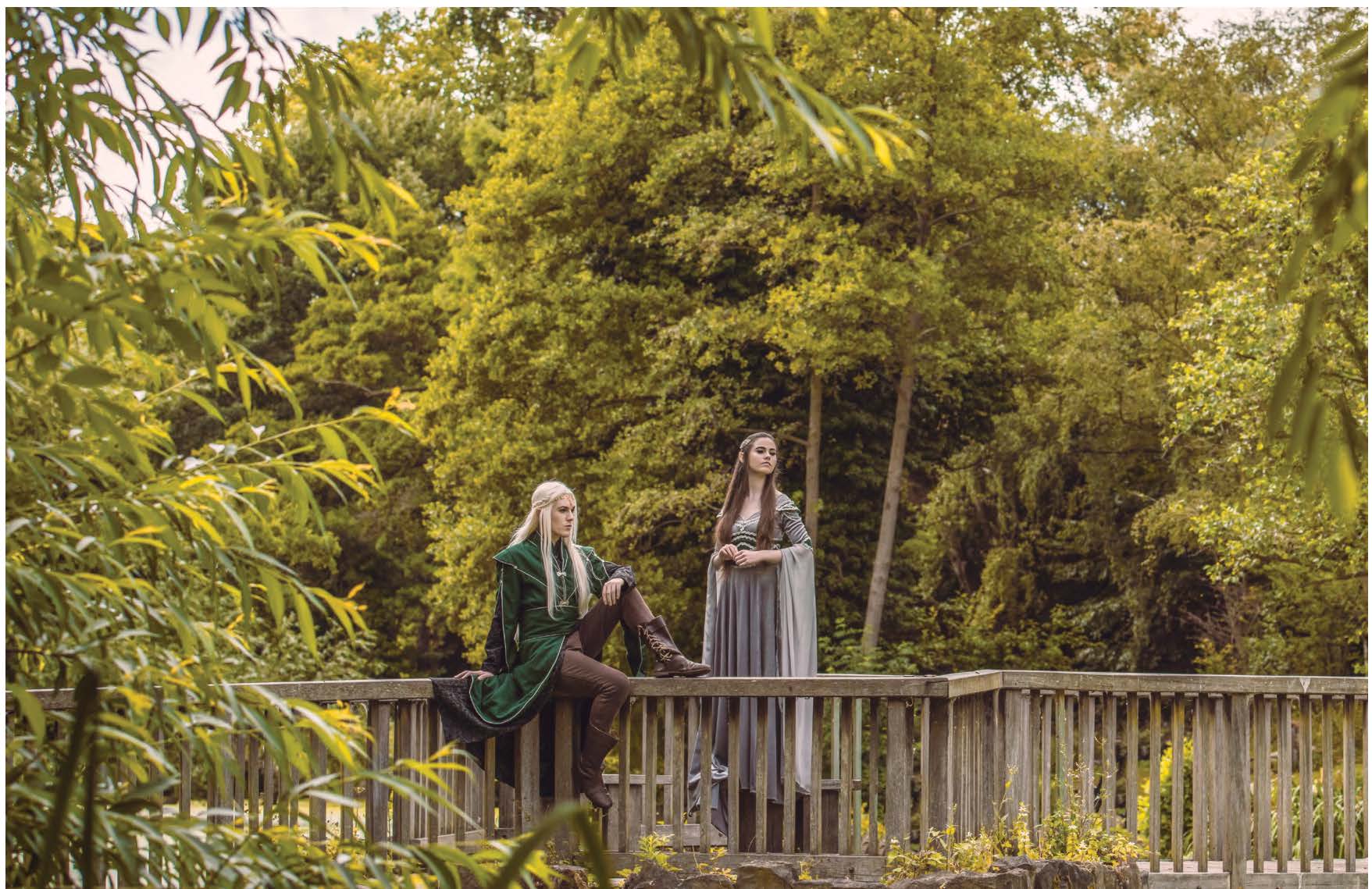 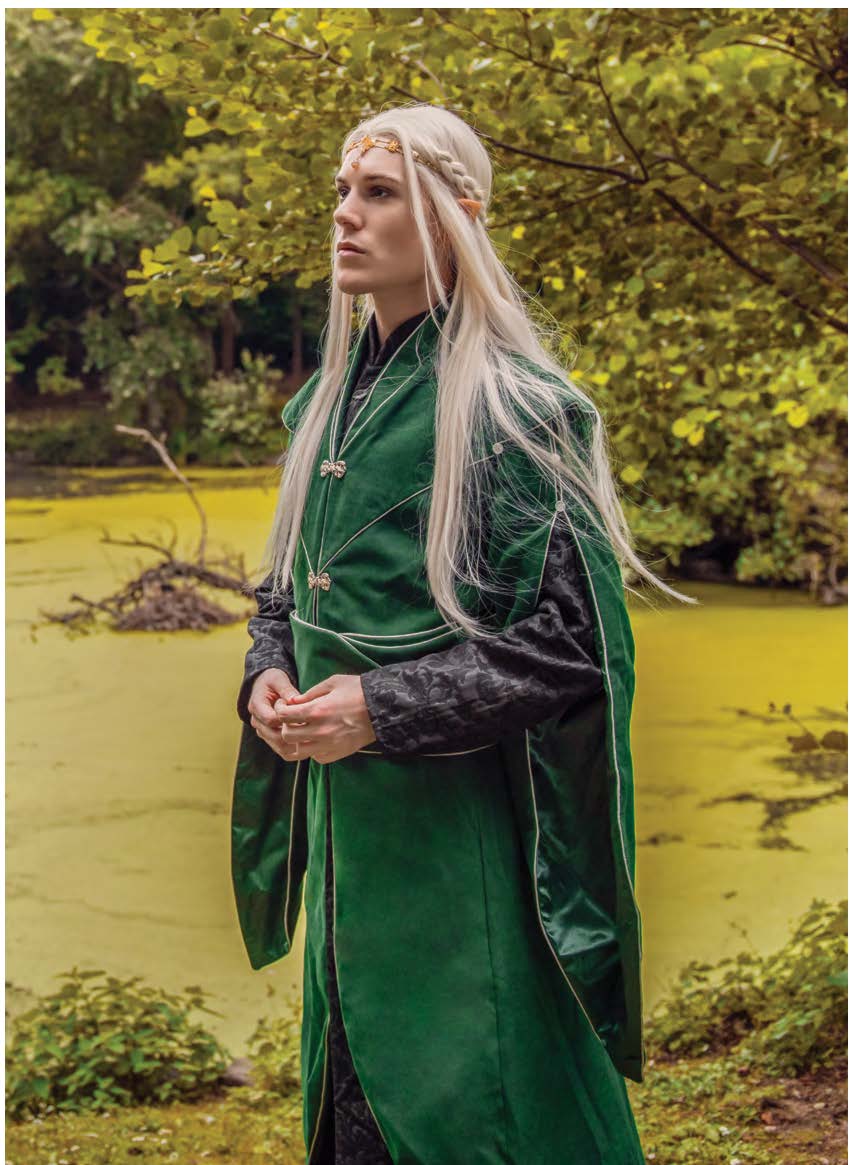