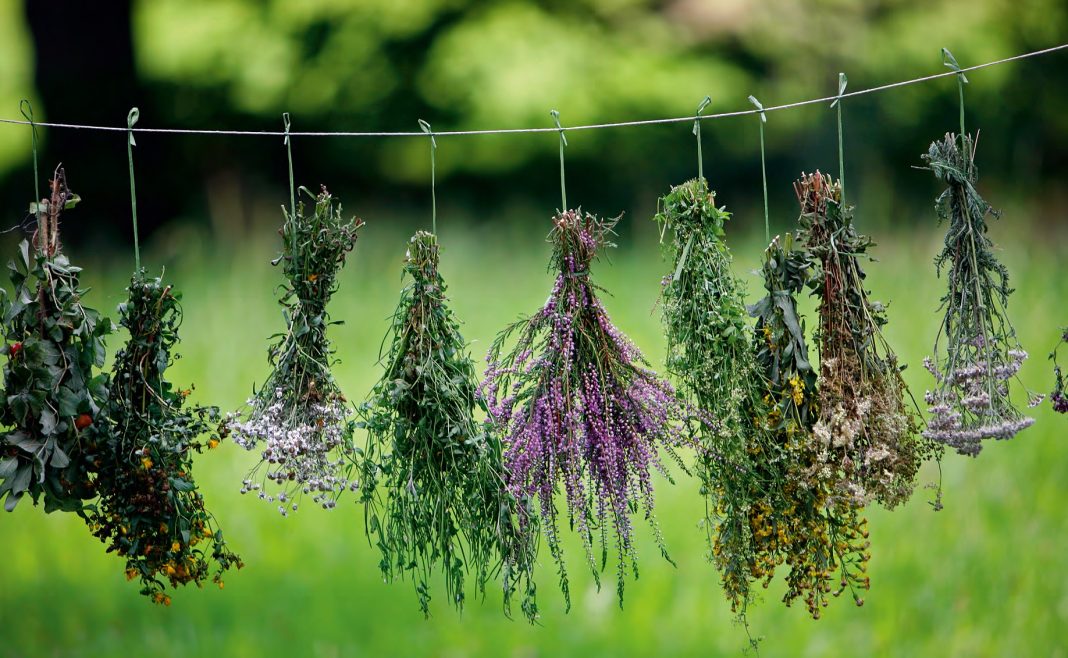 Deep in heart of southwest Germany’s Black Forest sits a picture-perfect little town named Baiersbronn. Surrounded by one of the most beautiful woodlands in all the world, a place of deep, dark wilds where spruce grow so thickly they give the landscape an ebony hue, Baiersbronn has become famed for its nearly 350 miles of serene, stunning hiking trails. They wind around glacier lakes, over gently rolling mountains and along clear, cool rivers and streams, and they are accessible year-round, thanks to the region’s temperate climate. Here and there, stone fountains offer thirsty hikers spring water, which bubbles up pure and sweet from the earth, while charming little chalets called Vesperstuben serve hot, hearty fare, providing opportunity for a longer respite. 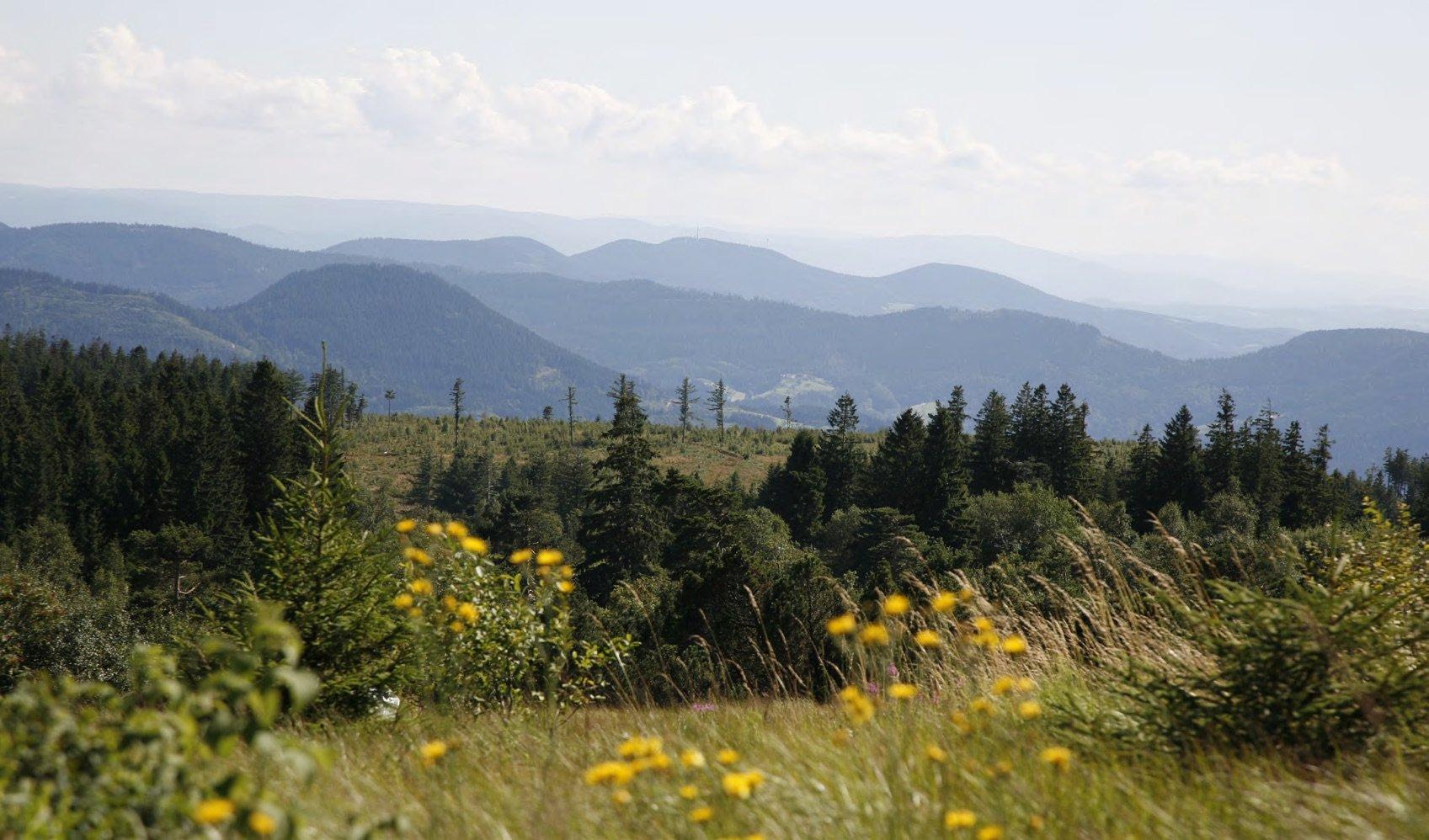 But in Baiersbronn, it’s not just the traditional hiking huts that link food and Germany’s favorite leisure pursuit—invented, it’s said, in the Black Forest. A number of gastronomically themed guided hikes are now available in the area, as well as “Culinary Hiking Heaven,” which seeks, according to the tourism board that developed it, to teach “visitors the important relationship between nature and nourishment.”

The popular program includes “wild plant hosts,” eateries that prepare dishes using ingredients sourced from the forest; “wild plant guides,” who take visitors on walks through the local woods, foraging for herbs and other edible greenery along the way; and a self-guided “wild plants discovery trail” that hikers can supplement with a plant-identification brochure and a backpack filled with local delicacies for a flavorful picnic lunch. 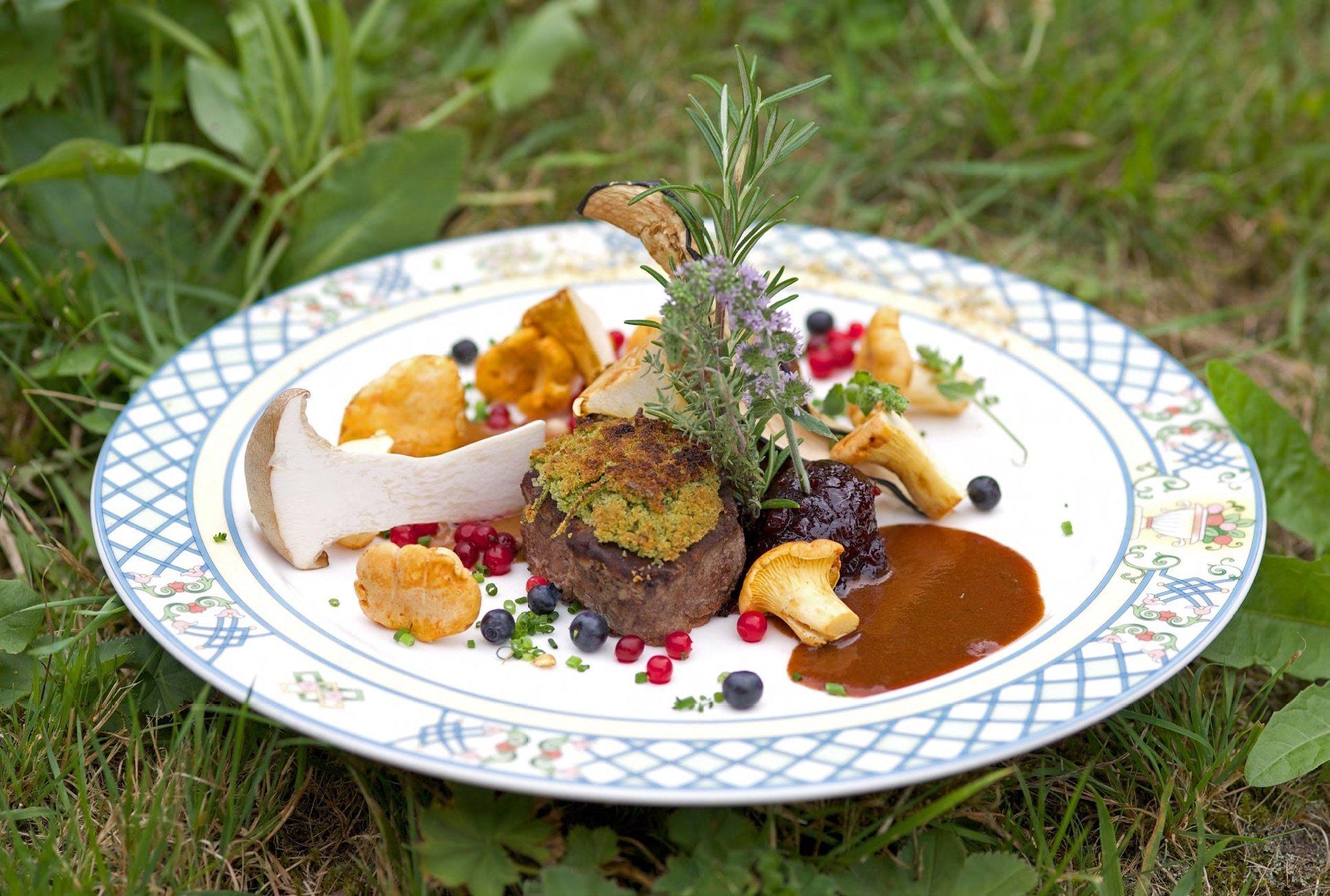 It’s an inspired idea, tying hiking to Baiersbronn’s other celebrated pastime: eating. The little community of just 16,000 is the proud possessor of an astounding eight Michelin stars—one star for every 2,000 residents. (Paris, in comparison, has just one for every 16,000.) Two restaurants, Schwarzwaldstube and Bareiss, have won three stars each from the world’s most respected culinary guidebook; Schlossberg has garnered two. With good reason residents and visitors alike in Baiersbronn take dining as seriously as they take hiking. Why not then, give them the chance to do both at once? 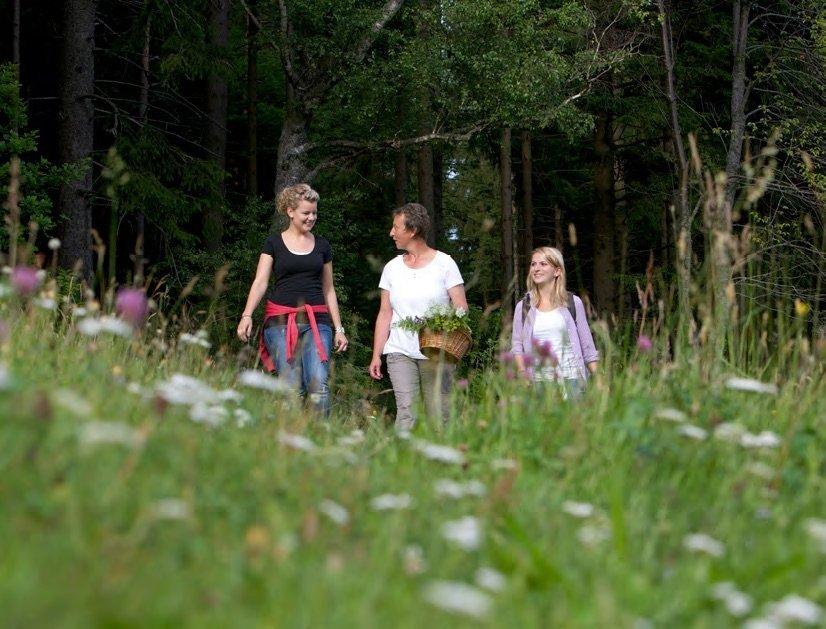 “Culinary hikes offer three different delights,” says Friedrich Klumpp, proprietor of Hotel-Gasthof Rosengarten and a wild herb guide and cook. “You enjoy walking on the hike, you enjoy eating while having lunch. And for your soul and mind, a tour is a good opportunity to relax and take a rest. Some people even call it ‘soul food.’ ”

Klumpp, who began offering his tour in 2002, creates lauded feasts from what he gathers in the forest, including wild herbal creamed soup with fried herbs and the dish he has become famed for, parfait from spruce-leaf tips with rosé bubbly jelly. Klumpp believes the plants he picks along wooded paths have lessons to offer along with fine flavor. “We’re used to having everything at our disposal at any time and we can buy anything,” Klumpp says. “However, many wild herbs only grow at a special season and only then you can harvest them. So when you learn more about herbs, you learn to pay attention to nature’s cycles, and after some time you will be aware of your role as a human being in nature and of the interaction between nature and people. Maybe ‘humility’ is the right word to describe what I mean.”

Depending on the season, the edible plants available in the Black Forest around Baiersbronn include dandelion, oregano, ribwort, clover, sorrel, spruce needles, bistort, bedstraw, spicknel, watercress, garlic mustard, wild strawberry leaves, wild marjoram, red clover, beech leaves, birch leaves, and angelic. Klumpp calls spicknel, a powerfully aromatic plant in the parsley family, his favorite of them all. So too does Christine Bissell, a wild herb guide, who says spicknel is “quite unusual elsewhere but grows here, as it likes the damp conditions. You can find large expanses of it in wet river meadows. You have to be quick though, as the cows love it too. I use it fresh in herb butter. I think it tastes a bit like celeriac or dill.” 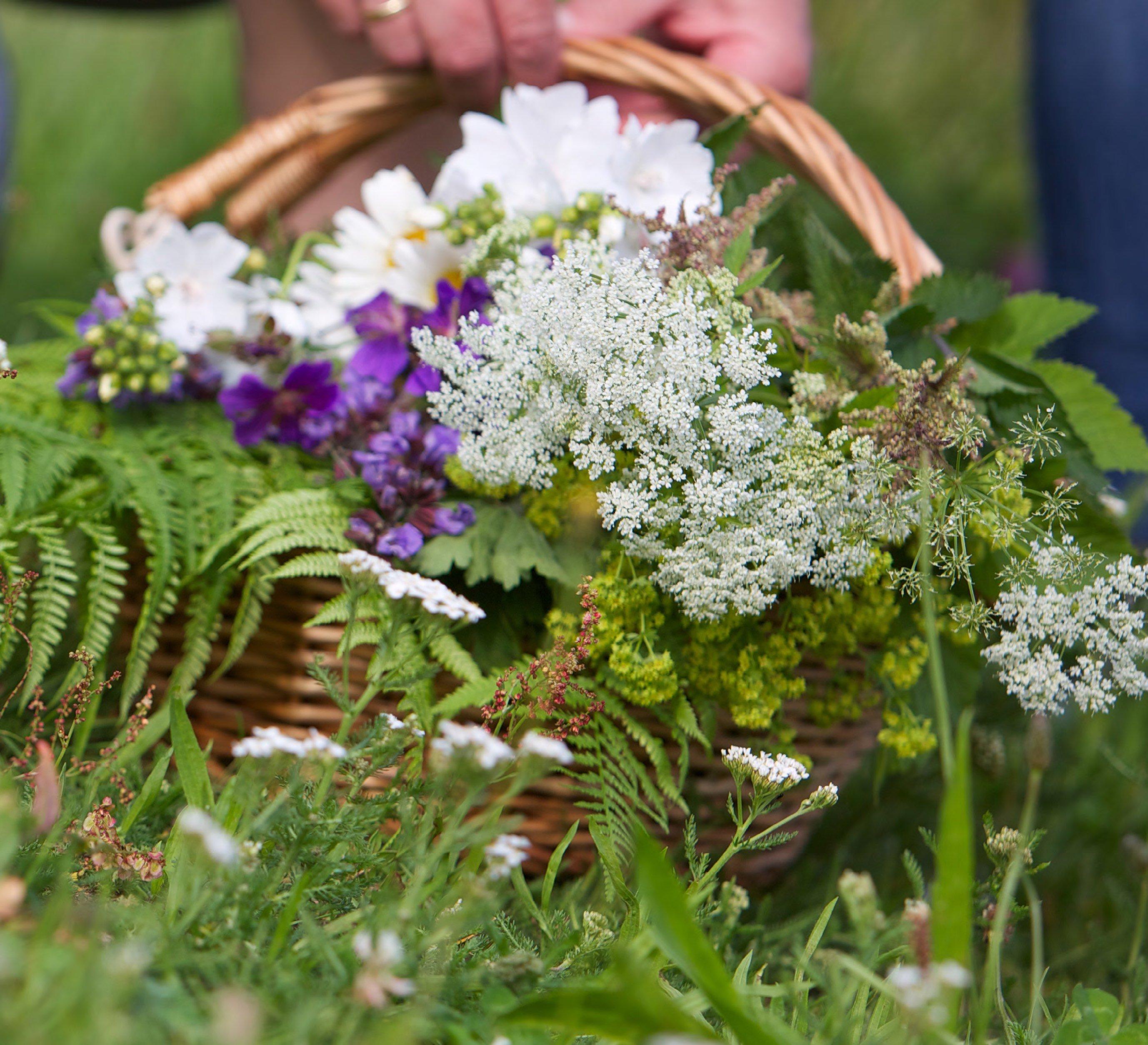 Bissell takes guests on a variety of hikes, but her favorite begins at a monastery in Klosterreichenbach, which is part of the Baiersbronn municipality. According to legend, a hunter named Petermännle used to play tricks on women and children collecting berries on the grounds of the monastery. It’s said he still haunts the area, so those picking bilberries must leave a few for him, to keep him sweet. The hike continues through the valley along the edge of the forest to the monastery spring. In the right season the land here is home to meadowsweet, a plant with a history as fascinating as its name is delightful.

“Meadowsweet once provided salicylic acid,” says Bissell, “before aspirins. It was also used to sweeten mead. This is one of my favorites, as it incorporates the different aspects of herbal use and has some nice symbolism. In the past, fragrant herbs were considered more effective than those which were unfragranced. These strong smelling herbs were more highly prized and were even considered to keep evils spirits at bay. Whatever you make of that, the wonderful honey fragrance of meadowsweet lifts my spirits, and I love to use the heads of sweet flowers to flavor fruit juice. I take flavored apple juice for the guests to try when the meadowsweet is flowering.”

The rest of the hike, according to Bissell, winds through a glorious slice of the valley, with “lower hillsides grazed by cattle” and meadows that are “a paradise for wild herbs. The soil here is more friendly to herbs than the acidic conditions you usually find in the region and, in May and June particularly, there is a spectacular display of plants. Along the way, we talk about the edible ones like wild thyme, yarrow, cinquefoil, salad burnet, lady’s mantle, lady’s bedstraw—even ground ivy, nettles, and plantain have an interesting story. But other wildflowers like harebells, geraniums, even orchids provide a wonderful, colorful show in the valley. It’s also a haven for some fantastic moths, butterflies, and other insects.” 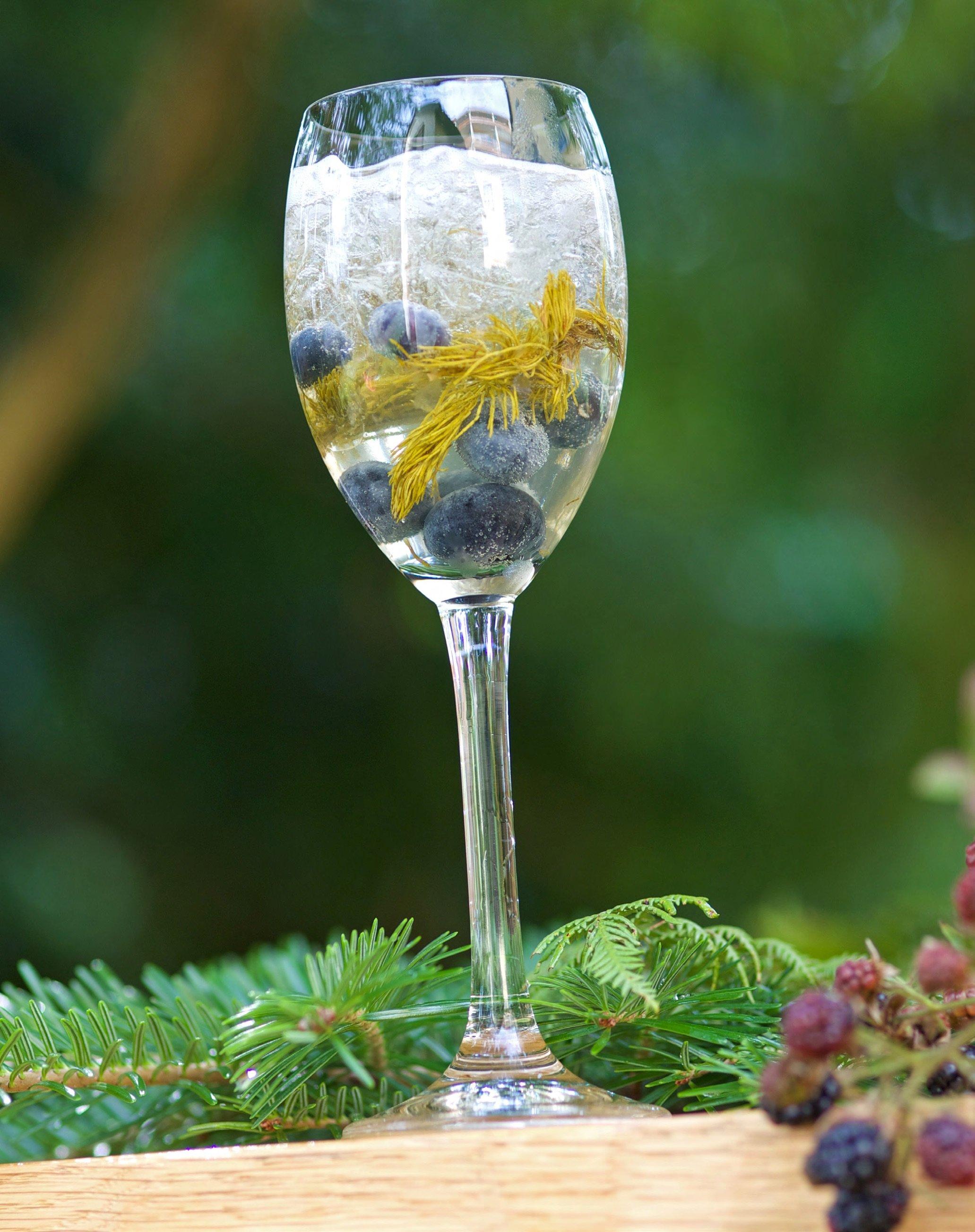 Should one of the wild herb walks of Baiersbronn somehow not suit, there are a number of gourmet hikes scheduled throughout the year, including the Nature and Enjoyment hike, which offers a three-hour guided tour followed by a five-course meal served in the forest; the Schnappstour, a guided hike to a distillery; and the similarly themed Hops and Malt beer tour. Every Friday, the six-hour Tasty Hiking tour begins at the Baiersbronn Information Center and includes a traditional Black Forest meal at the Sattelei hiking cottage. (In winter, the event moves to the Panoramastble.)

No matter what savory and succulent path through the Baiersbronn Black Forest you choose to follow, you will leave satisfied down to your spirit, says Anja Rothfuss, a wild herb guide who also works in the hiking center. “The mixture and balance of nature and culinary art is a special enjoyment. The finger food and drinks served during the hikes prove how deliciously native wild herbs can be prepared. At the same time, surrounded by the green landscape, you feel the power of nature, how it brings satisfaction and relaxation. The hikes are a holiday for soul and body. The fresh air, good food, and peaceful sounds of water, birds, and wind offer real regeneration.”

Restaurant Bareiss
Headed by Claus-Peter Lumpp, Bareiss has been awarded three Michelin stars, the last coming in 2007, fifteen years after Lumpp took over as executive chef. The menu includes locally sourced venison during hunting season in Germany, which is from May to January. It’s prepared roasted, braised, or poached and prepared with other seasonal ingredients from the Black Forest, like wild herbs. bareiss.com

Restaurant Schwarzwaldstube
Schwarzwaldstube has held three Michelin stars for a quarter-century, thanks in large part to legendary German chef Harald Wohlfahrt, who crafted exquisite French fare influenced by his upbringing in the Black Forest. Wohlfahrt is gone, but his successor, Torsten Michel, continues the tradition of using ingredients sourced from the local wilds, such as hare (served with brussels-sprout leaves, black root, and trumpet mushrooms), berries, and herbs.  traube-tonbach.de

Schlossberg Restaurant
The recipient of two Michelin stars, Schlossberg, which opened in 1993, is overseen by Jörg Sackmann. His son Nico heads to  the forest daily to pick the plants the chef uses in his dishes, including chamomile, stinging nettle, thyme, fennel, and yarrow. Wild-picked local berries turn up as a dessert with cheesecake, whole grain muesli, and whey gel. hotel-sackmann.de

For more information about culinary hikes in Baiersbronn, visit baiersbronn.de. 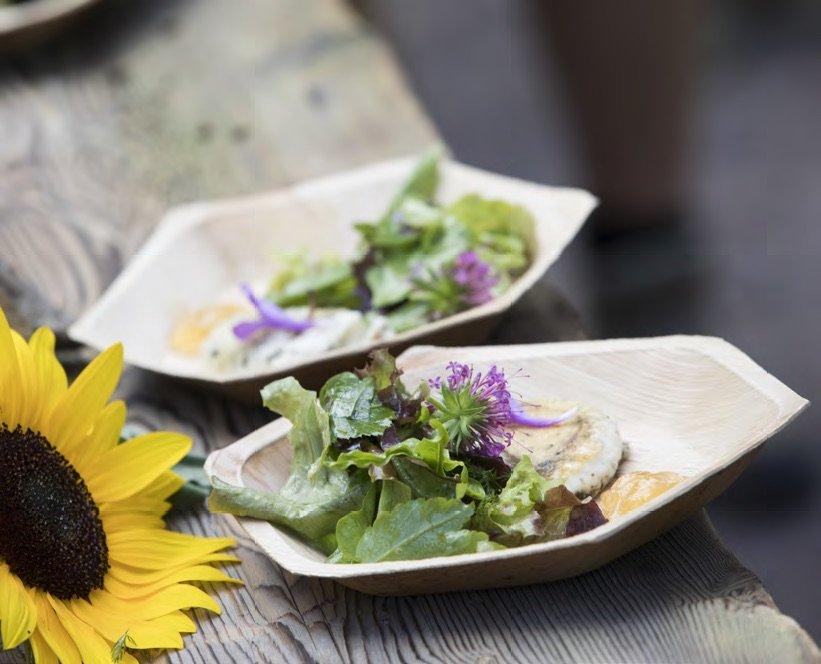