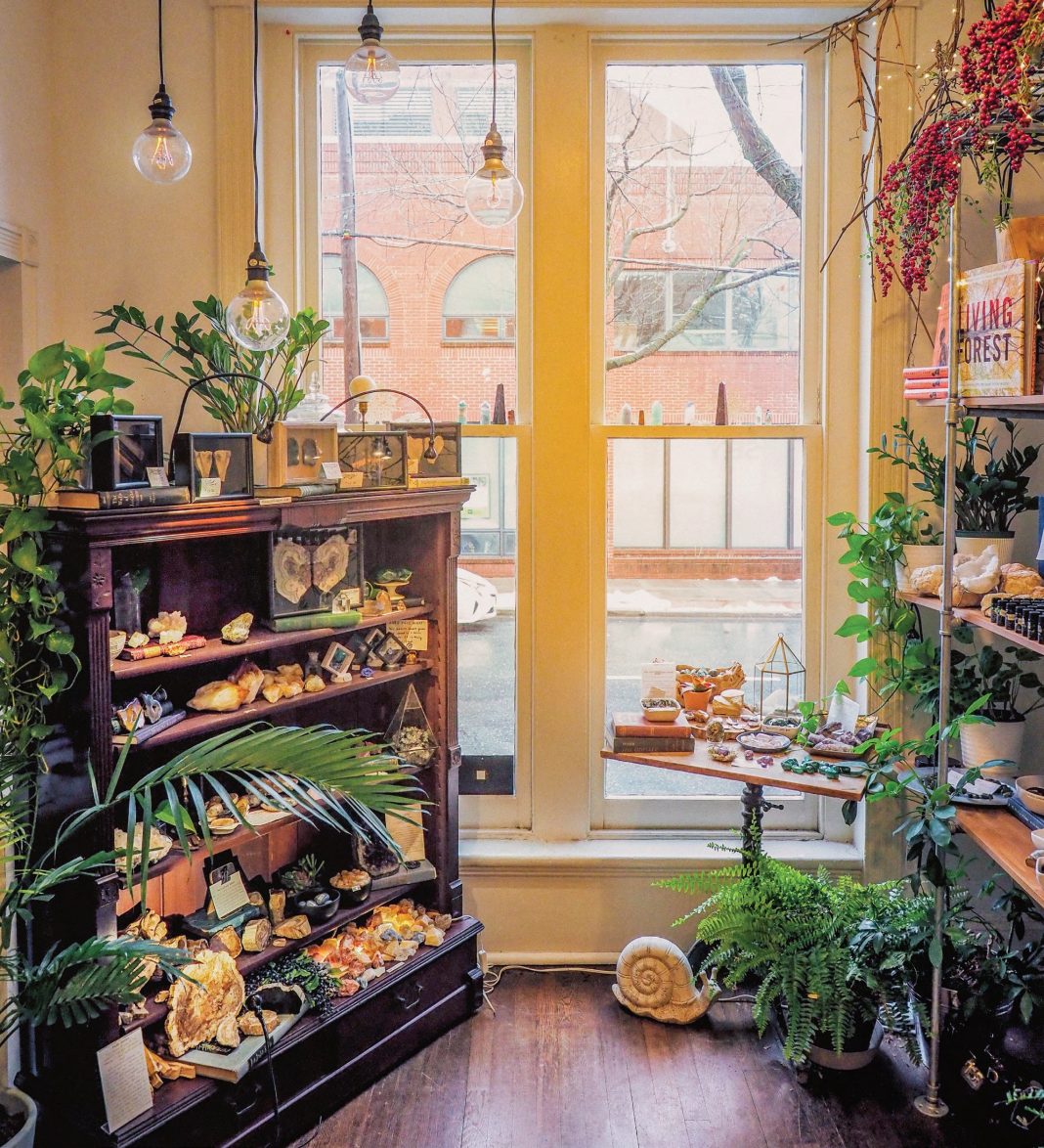 It’s estimated that only about 1 percent of people possess the sense of smell in their dreams. It may come as no surprise that Amye Clark, a master clinical aromatherapist, not only smells while dreaming but often wakes up with inspired thoughts. A scented oil or herb will come to her in the dream world, and she’ll know to add it to a formula she’s working on.

In 2014, Clark and her daughter, Chelsea Matuskey, opened Anam Cara Apothecary as a place for sharing the wonderment of aromatherapy, while empowering people in the process.

“I believe in kingdoms,” Clark says. “Mankind is a kingdom, but it was never meant to dominate the others. I believe there is a crystal kingdom that has its own order, its own energy, its own journey, its own everything. The animal kingdom, the mineral kingdom, the plant kingdom work cohesively together while allowing their separateness to be uniquely amazing. Understanding and working with them together—that’s what this shop does, and that is what the apothecary is.”

Situated in charming downtown Frederick, Maryland, the woodsy, whimsical shop is lined with oils and perfumes. While an apothecary without herbal tinctures might seem atypical, all essential oils are plant-based, and they not only smell wonderful but are powerful medicine. Just as potent in the shop is the array of gemstones.

“People like to just come in and feel a certain way,” Matuskey says. “A lot of people say they feel calm or safe. It’s aromatherapy working.”

Aesthetically, the shop feels like an enchanted fairyland: an accent wall is painted to resemble malachite, vintage hardback books are artfully used as shelving to display crystals, the cash register sits atop an old card catalog, dried flower bouquets hang from lines, and products include sparkly Unicorn Kisses body cream (the key ingredient of which is none other than the essential oil of hay) and fairy dust necklaces. Some oil blends have names that read like mantras: “I Am Grounded,” “I Am Clear,” “I Am Protected.”

The potion blending bar, handmade with special and sentimental stones cast in cement, sits near the back of the store. Potion master Elizabeth Jenkins is often there, mixing batches that smell heavenly. 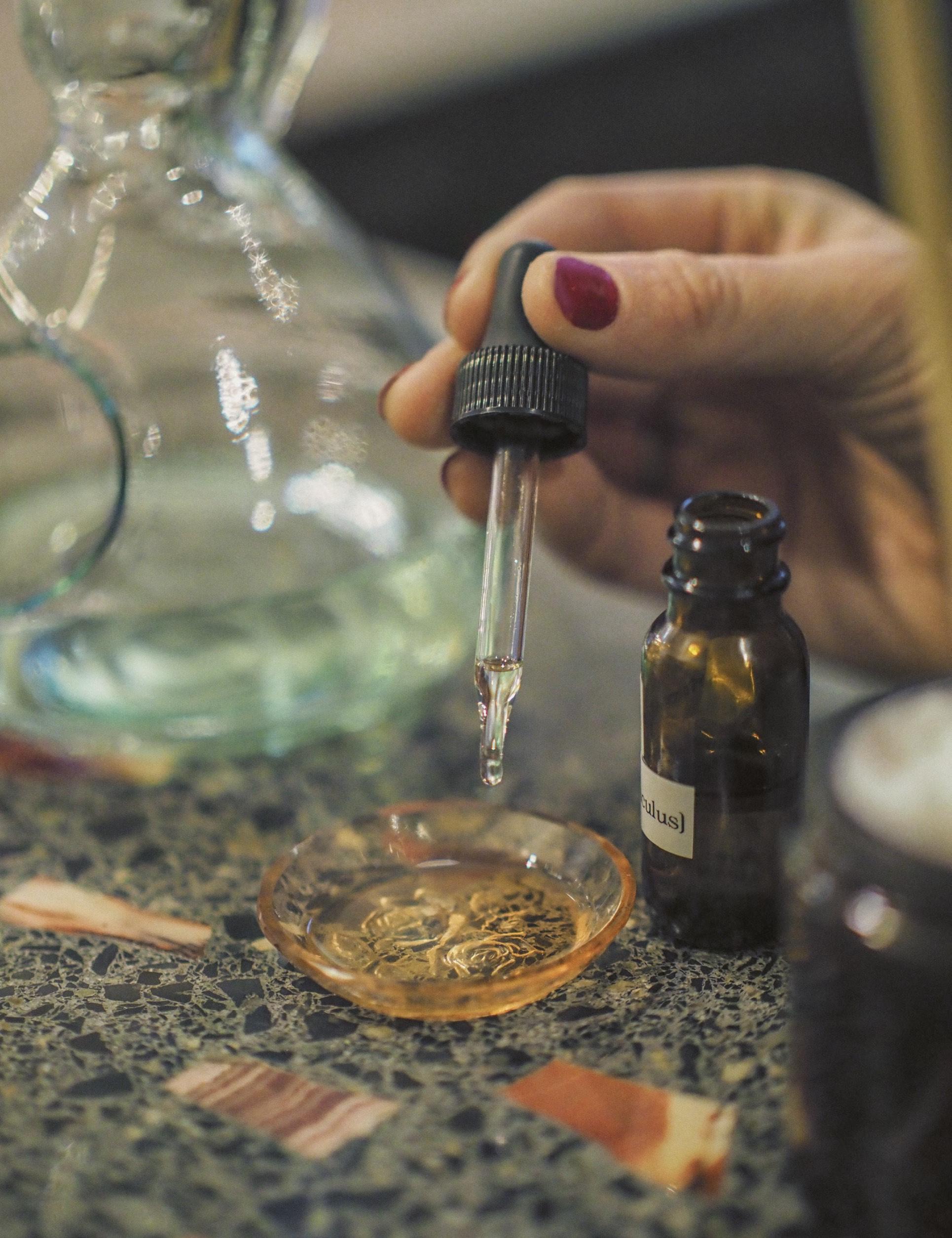 Frankly, with all manner of these handcrafted oils, balms, creams, lotions, and sprays filling the space, it just might be the best-smelling apothecary on the East Coast.

Clark has been drawn to essential oils and stones for longer than she can remember. Growing up in the ’70s, she always carried stones, acorns, and leaves in her pockets. She’d save quarters to buy perfumes—and then experiment with mixing them to create new ones. Later, she would travel by horseback to gather wild medicine for her formulas.

“I believe very strongly that when we incarnate, we have paths,” she says. “I’ve been involved in this world for several lifetimes. I understand it and know it and it clicks with me. That’s why I love formulating. I know who the characters are, and I love to see what happens when I put them together in different strengths and concentrations.” 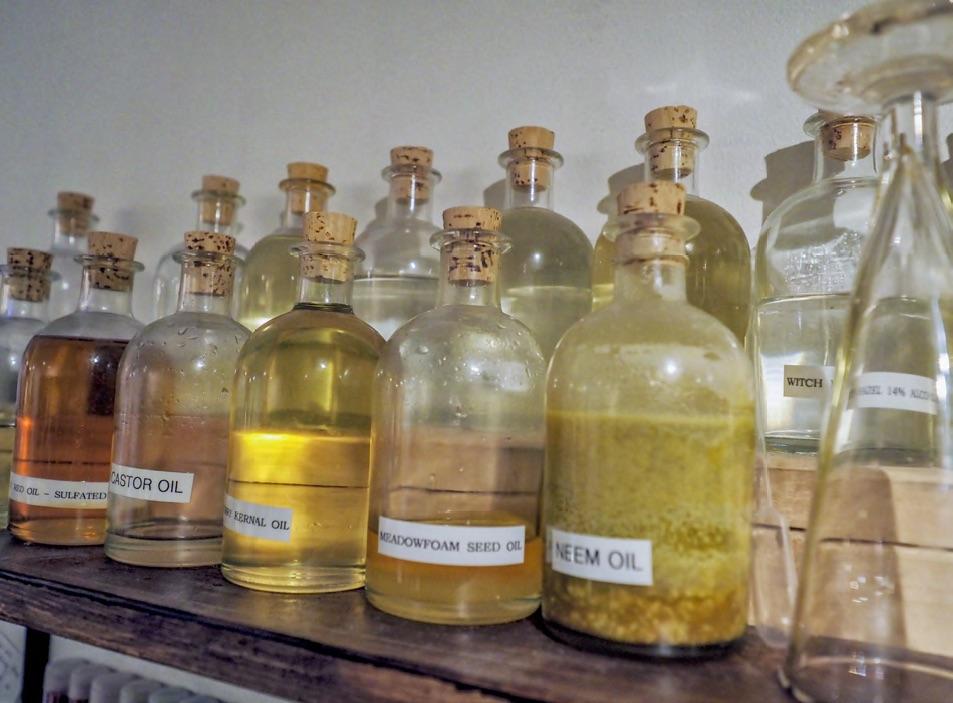 Both Clark and Matuskey are reflexologists, and as Clark worked with clients, she began making essential oil blends for them to take home and use until their next appointment. Because the blends were so effective and popular, Matuskey suggested that her mom consider a brick and mortar. They first set up shop as a popup inside Maven Beauty Bar, also in downtown Frederick, but outgrew that space in less than a year. They grew out of their second space, too, and moved into their current location, 113 E. Patrick St., in 2016.

Anam Cara is Gaelic for “soul friend,” a name chosen by Clark after reading John O’Donohue’s Anam Cara: A Book of Celtic Wisdom. “Anam Cara is the energetic part of who we are that travels with us,” Clark explains. “It does not need language, and yet, when we cross into someone else’s auric field, we can hear, know, and understand things about that person.”

While several blends state their medicinal uses (anything from eczema to muscle cramps), Clark and Matuskey stress that each formula works on multiple levels, treating the emotional body conjunctively with the physical. For instance, arthritis might imply a need to stay in the same place to feel safe or a resistance to seeing a new perspective. A wart might represent an invasion—something parasitic you’re letting into your life. Where the malady is located is also indicative of its emotional meaning. 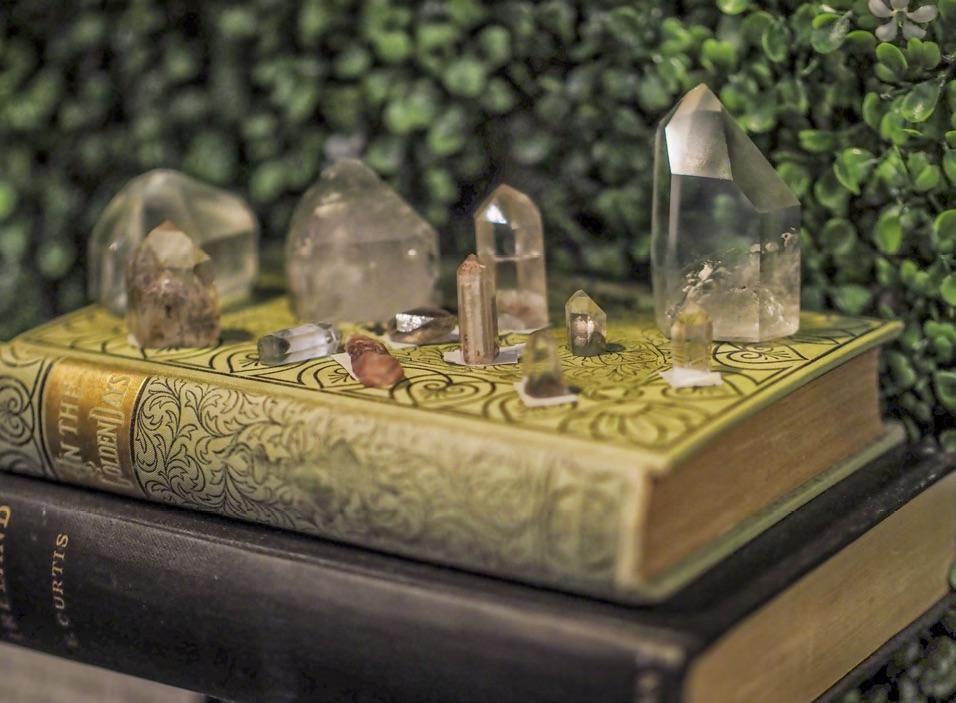 Gemstones are allies, too. Because they each hold a steady vibrational frequency, when we have them near us, we resonate with them. They help us to hold a frequency and we, in effect, feel less chaotic or unbalanced in their presence.

“Sometimes it’s not even about remedies; it’s about an understanding, and then the symptoms go away,” Clark says. “It’s taught in many of the ancient systems of medicine that we are spirits using bodies, and that when our body has a problem—be it a bone break, a weeping womb, diabetes—it’s the physical manifestation of something off in our emotional-spiritual aspects.”

“If you have a liver issue, we’re gonna treat your anger,” Matuskey echoes. “People come to us who have not been able to find answers anywhere else—because they haven’t made the mind-body connection yet.” 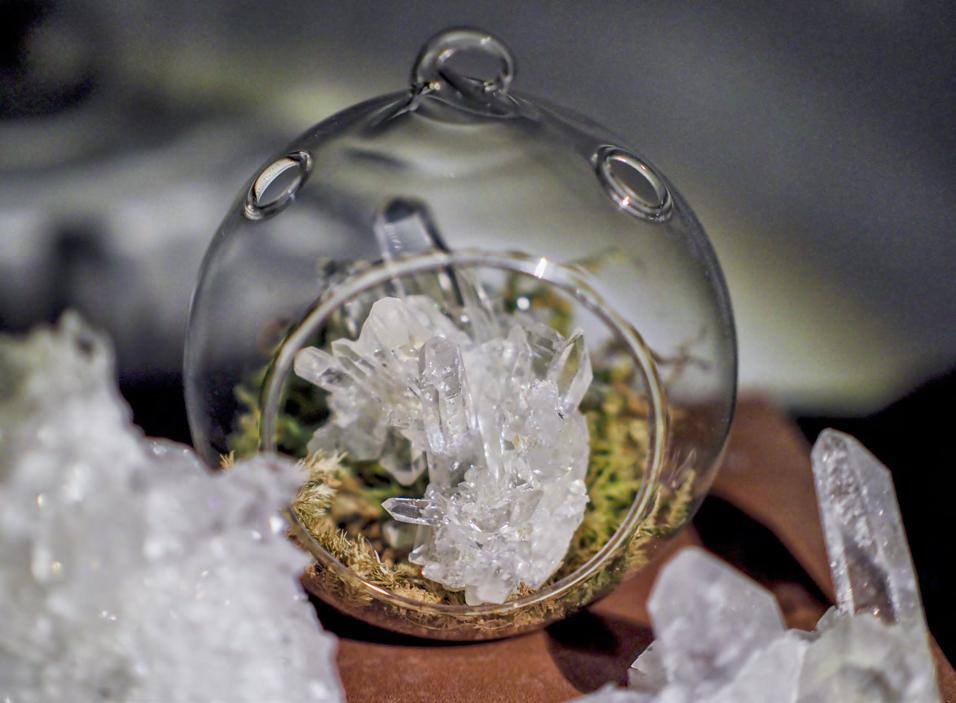 Clark leads workshops and classes in the space on everything from herbal formulation and crystal grids to archetypes and physiognomy. For visitors, the shop includes educational verbiage next to nearly all of the crystal specimens and herbal products. Education and self-empowerment are clearly huge components to the shop.

And yet, you will often hear Clark coaxing people to get out of their left brain, stop reading, and pay attention to what they’re drawn to. “I tell them to notice what they feel, what’s going on in their body,” she says. “And people learn to trust their intuition, which is a very smart place to be.”