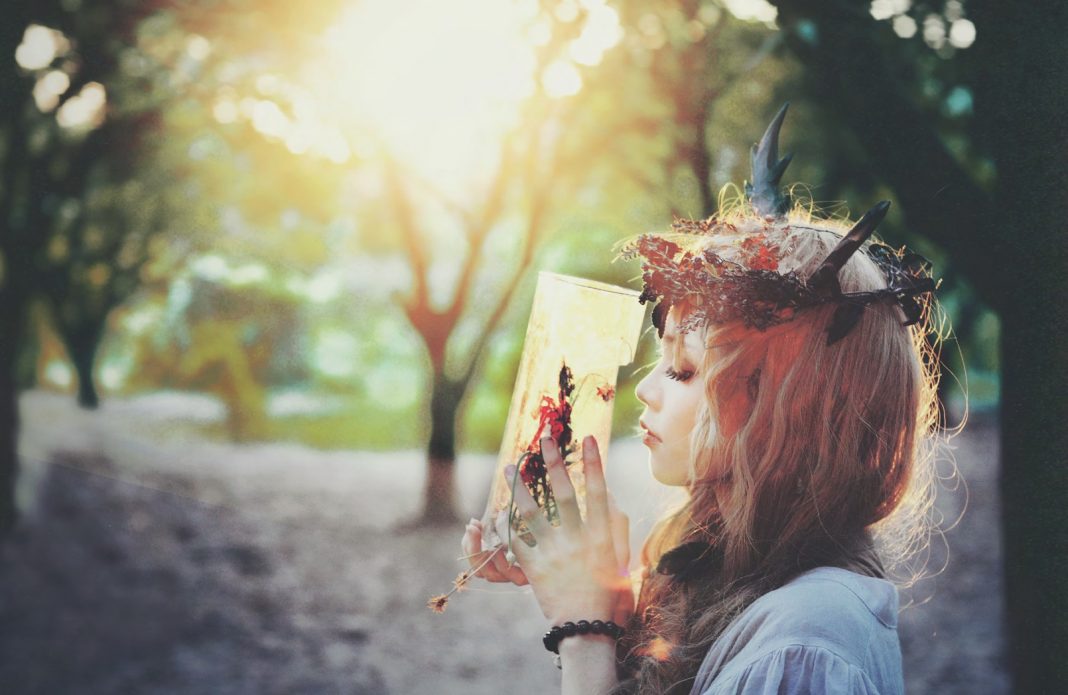 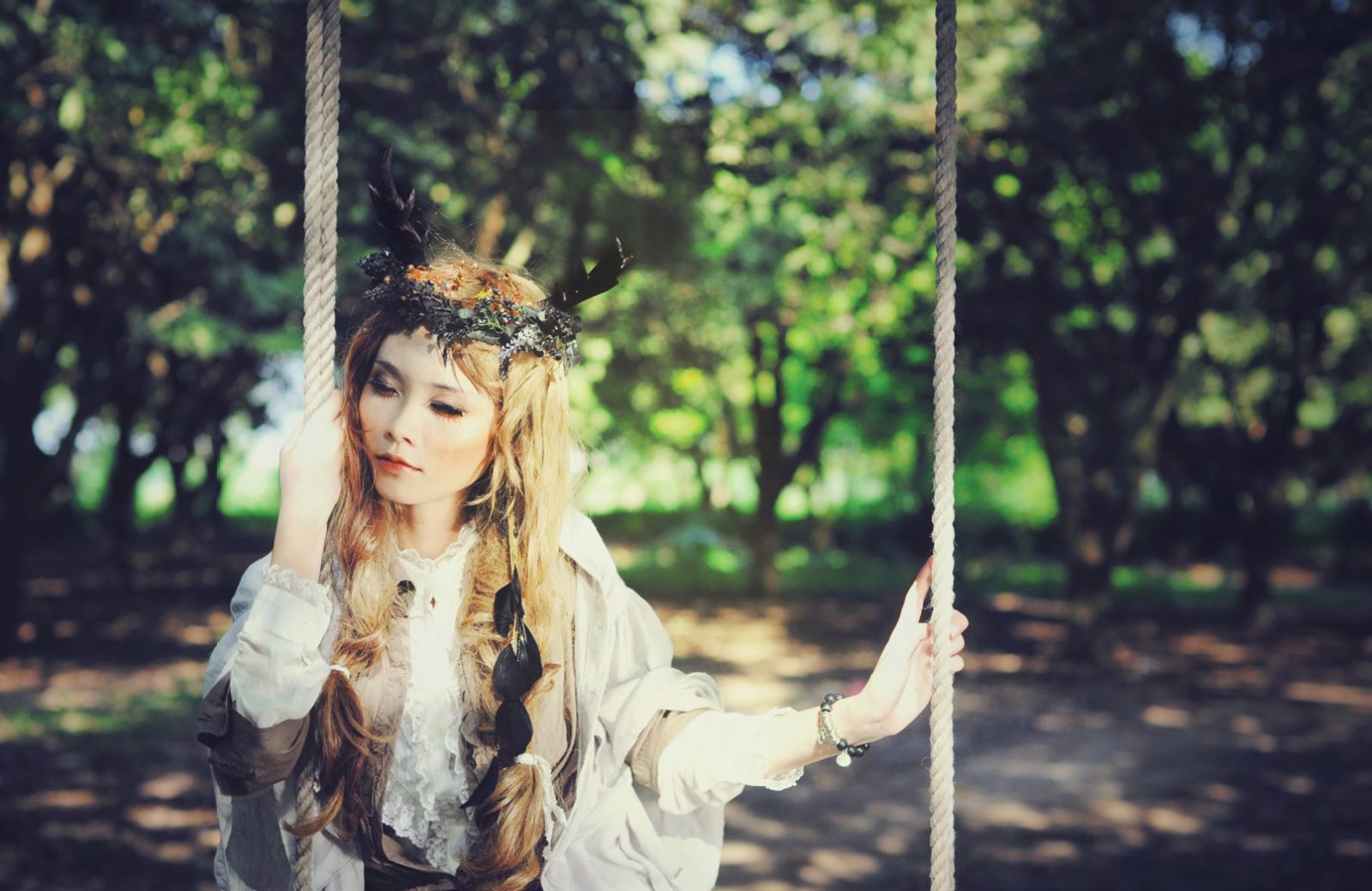 Japan: culture of both Miyazaki’s mythic forests and trend-setting Tokyo. It’s a land of creative expression, and one very visible outlet for this expression is fashion.

Over the last few decades, Japanese street fashion has developed a number of distinct and unique styles: Lolita, Dolly Kei, Ganguro, to name a few. Mori Girl style, or Mori Kei, developed in the late 2000s, and is of particular interest to our forest-loving Faerie readers. “Mori” is the Japanese word for forest and “kei” is the word for style—so the name of the fashion is literally “forest style.” A Mori Girl, like the one photographed on these pages, might have just walked out of a woodland fairy tale. 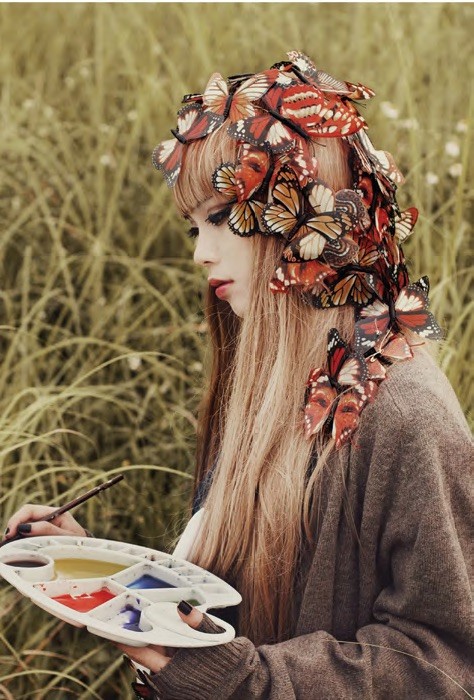 It all started on a Japanese social site called mixi. Inspired by a friend’s comment that she looked like a forest girl, a site user named Choco founded an official Mori Girl community in 2006. She also wrote a list of sixty-two “rules” for a Mori Girl to follow. The list includes lovely, whimsical items like: “you like ponchos and boleros,” “you like pocket watches,” “your shoes are basic and flat-soled,” and “you like fluffy hats.” Since then, Choco has quite literally written the book on Mori Style, with a Japanese-language fashion and style book featuring styled Mori Girl photo shoots and additional wardrobe suggestions. The Mori Girl dresses in loose layers of organic materials and colors. She dresses for comfort, and to blend in with the forest to which she belongs. But Mori is not only a type of fashion; it’s a lifestyle, with an idealized persona at its center.

The Mori Girl lives on the edge of, or in, a forest, nestling down for the night in a cozy cottage or cabin. The forest animals are all very dear to her. You can find her picnicking among the shadowy trees or looking for flowers in a meadow to weave in a hair wreath for her long (worn natural) hair. She loves creative pursuits and hobbies, and takes a camera with her on her jaunts to the woods as well as her forays to the city for its bookstores, antique shops, or cafes. She also loves anything antique, and is fascinated by history. She prefers the colder months of the year, because she gets to bundle up in even more layers and scarves, warm and cozy and comfortable. Indeed, she always seems to be cozy and comfortable, organic, and very innocent. The cares and worries of the adult world and the big city never even seem to enter her mind. She enjoys going on adventures on her own, and she loves to notice the small things in life, tiny moments or little objects in nature that most people would walk right by. Imagine a girl who has taken so many walks in her forest that she has lost all sense of time or urgency. She exudes the sweet naiveté of a fairy tale princess. Eventually her love for the forest can make her transform into a part of it, and more enchanting elements enter her wardrobe, like antlers or (faux) fur. She loves fairy tales, and dreams of becoming part of one. 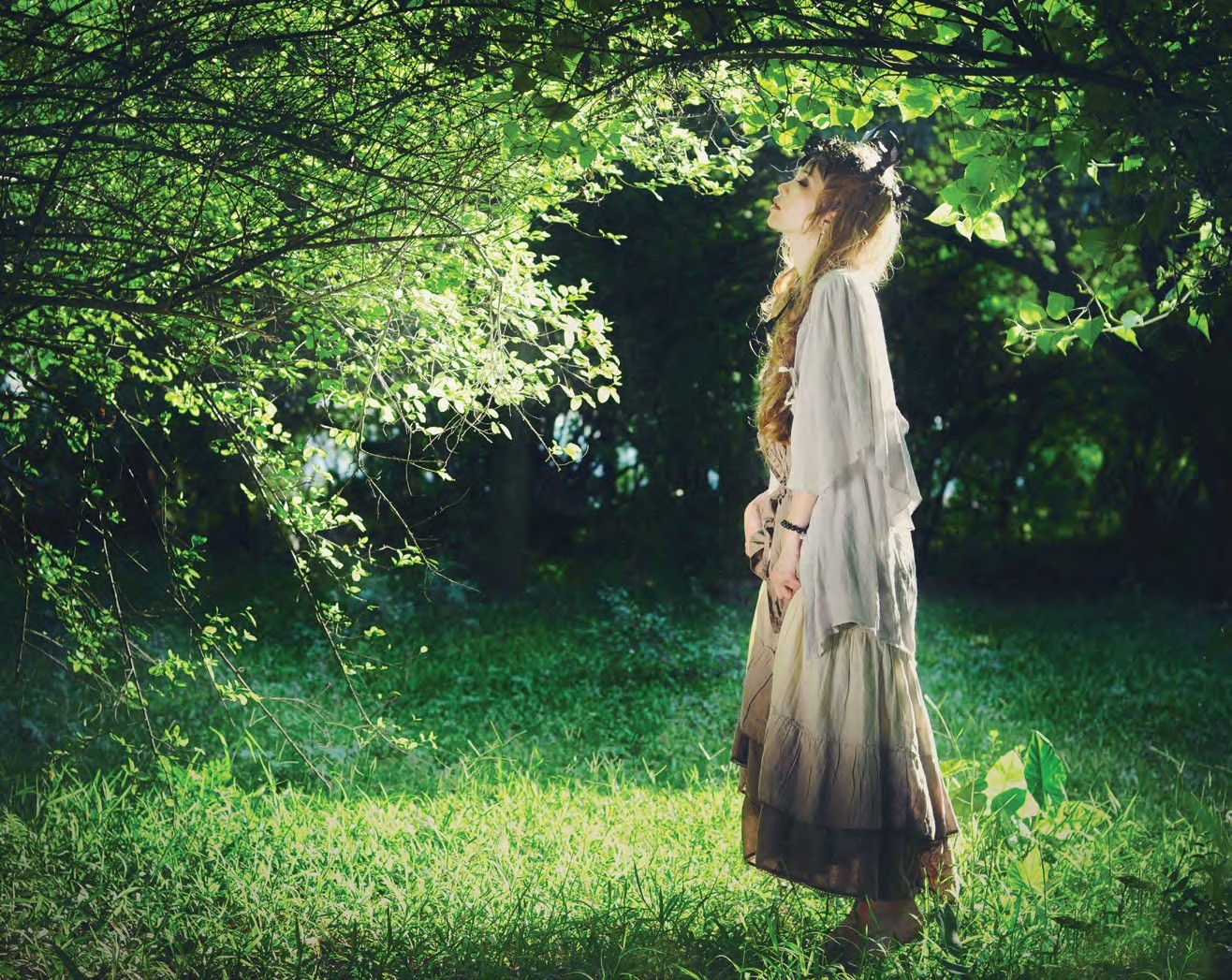 One major Mori Girl character in Japanese pop culture is Hagumi Hanamoto, or Hagu, from the anime Honey and Clover; many claim that Hagu was the original Mori Girl. A quiet character, she is drawn in soft pastel colors, with pale blond hair, rosy cheeks, and wide eyes. In the most identifiable image of her (and thus the one cosplayers tend to use as inspiration), she is holding a large leaf above her head like an umbrella—much like Miyazaki’s Totoro, for those who are familiar with the well-known Japanese character. She lives a sheltered life, but she sits on her front porch and draws the view she sees through all the seasons. Her innate artistic ability eventually brings her attention and acclaim. 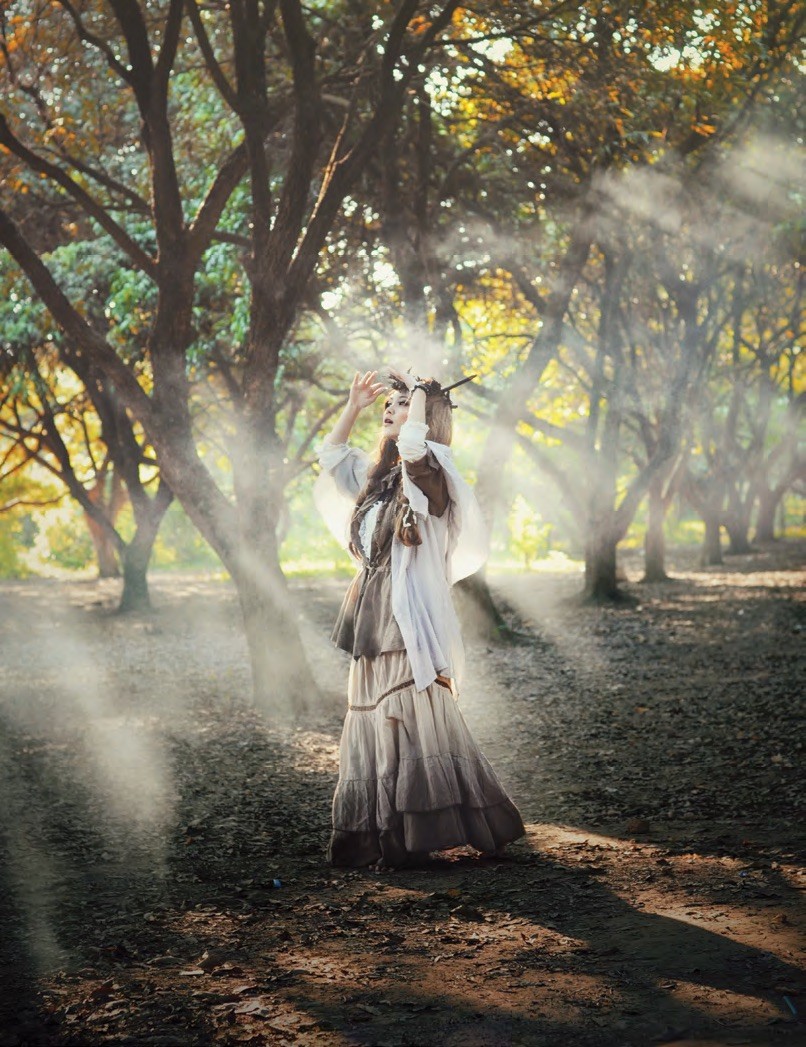 Though Mori is associated with the Kouenji district in Tokyo—largely because of its clusters of vintage and second-hand shops—FIT professor and fashion expert Yuniya Kawamura, author of Fashioning Japanese Subcultures, visited Tokyo a few years ago and did not see any Mori Girls at all. Mori is a marginal culture, she says, compared to other fashion trends that have taken up the spotlight. And one that’s developed and thrived online, spreading to other parts of the world—and now to Faerie Magazine. Austrian Natalie Neumann, for example, embraced the culture and even offered her own online classes on Mori Girl at her Vanillery Garden website (Vanillerygarden.com). Neumann’s online classes included illustration lessons for Mori Girl character designs (along with bunnies, foxes, deer, and other woodland friends); basic sewing lessons for skirts; lessons in dyeing fabrics with natural ingredients at home; tips for creating Mori home decor, practicing calligraphy, bookbinding, and felting; and discussions on other ways to live a Mori Girl life in the city. “The internet is THE place to go for Mori Girls in order to connect,” she says. “As we like to read and write anyway, it is very easy to socialize and meet up. I love the combination of love for antique things, but all of us still taking advantage of mod-ern technology and social media.”

The Mori Girl may in truth actually live in the middle of a busy city, and never have a chance to visit the countryside. She may never actually manage to live up to every single one of the ideals her style embodies. If, however, in her deepest heart of hearts, the above descriptions sound like what she truly wants to be, then she is indeed a Mori Girl. And perhaps so are you.

The Vietnamese photography group Amaris Photography, who created all the Mori Girl photos on these pages, was created in 2013 by model Zing Ruby and photographer HaKaryo. They work on fashion, cosplay, and conceptual photography, and describe their main style as “gothic punk.” But they have a deep affection for Mori Girls. As they explain: “Being born in a small highland town of Vietnam’s northern mid-lands, we also have a great interest in Mori style. In our Mori photo shoot, we want to bring the pure emotion to viewers. It must be fresh, wild, sunk in the sunshine, and blending with the forest background. All we want to bring to viewers is a peaceful feeling every time they see our photos.” Learn more about Amaris Photography at Amarisphoto.deviantart.com.