Any reader who wants engrossing fiction that tugs on the threads that connect humanity will find a match in Isabel Allende. The Chilean-born author is debuting her newest novel, The Japanese Lover, but took the time to speak with editor-in-chief Carolyn Turgeon about the magical experiences in her own life and that of her characters.

Faerie Magazine: The word magic comes up constantly with your name, both in terms of your writing and your approach to writing and life in general. What does that mean to you?

Isabel Allende: Magic to me is accepting that there’s mystery in the world, and that we don’t have all the answers. And we don’t control almost anything. I feel that, in my writing and in my own life, I’m open to the mystery. I’m open to coincidences, to the power of emotions, the power of nature, to all those things that sometimes have no explanation. But yet they manifest in our lives.

And there’s a difference between fantasy and magic realism … Fantasy is not in any way grounded in reality, like the invisibility cloak of Harry Potter. It doesn’t exist; no one has ever seen that. Magic realism would be invisible Indians in the Amazon. They’re invisible because they paint their bodies in the colors of nature, and they move so silently and swiftly that they can be a few yards away and you don’t see them. So there’s a difference. One thing, you can see it and touch it and observe it, although there is sometimes no explanation. And I’m open to that. I think it gives a broader dimension to my life and, of course, to my writing. 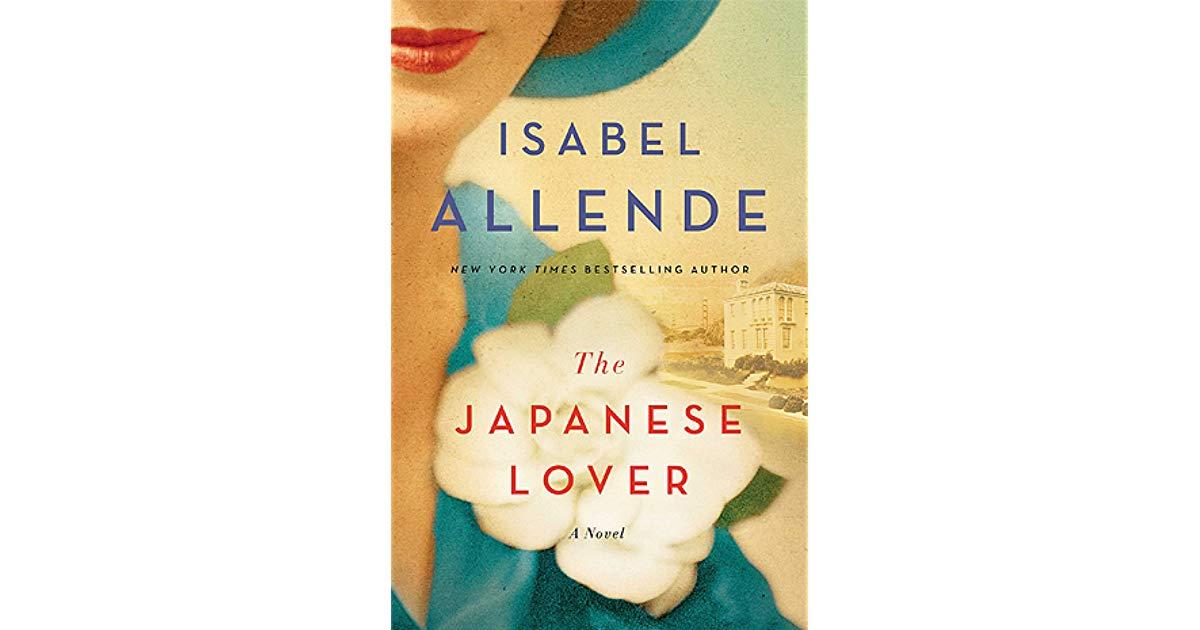 FM: Are there specific ways that you incorporate magic or a sense of magic into your everyday life?
IA: One thing that I think is not magical because it has a manifestation in reality, but to me is unexplainable, is the power of dreams. I’ll give you an example. When I wrote the trilogy for young adults, the second book was called the Kingdom of the Golden Dragon. And when I write, and only when I write, I have dreams about babies, and I always know that the baby is the book in my life. And whatever is happening to the baby in the dream usually is connected to something that is happening to the book in real life.

I finished the book, sent it to my agent. My agent sent it to the different publishers, and the book began to be translated in different languages. And I kept having the same dream, the same recurrent dream, of a toddler. He wasn’t a baby. So I knew it was the finished book. And it was a toddler lost in a maze. I could get to the toddler, but could not get him out of the maze. I kept telling my husband, “Something is wrong with the book because I keep having this dream.” So I read the manuscript carefully, but I couldn’t find anything wrong with it. In the meantime, editors in different languages were reading the book. And then I got the first translation into English.

I could read the book in English with the distance of time and the barrier of language because it’s another language for me (I write in Spanish). So I read it like a new book. And I realized that the ending of the book was determined by something the protagonist needed to know but had no way to know. So the ending of the book was just dangling out of an assumption that they knew something they couldn’t know.

I didn’t see the mistake in Spanish. None of my publishers or editors or my agent saw it when they read the book. It was so subtle. But the meaning kept knocking at my head and saying, “Pay attention. Pay attention.” And if I had not had the dream, I would have read the translation without paying any attention. But because of the dream, I could change that, change the ending of the book.

CT: Do you consider yourself a magic realist writer?
IA: There are elements of magic realism in some of my books, but not in every book. There are stories that can use magic realism and other stories that don’t. For example, I wrote a novel called Island Beneath the Sea that’s about the slave revolt in Haiti two hundred years ago.

The African slaves came from different parts of Africa. They had different religions, different languages, different ethnicities also, and they were dumped in the plantations in this common hell, this horror that the plantations were. And the thing that united them where language could not was voodoo and the drums.

And in voodoo, with the drumming, people become possessed, in a trance. I have not experienced this personally, but I have seen it. It is unexplainable what happens when the person feels that the god, that the orisha, has mounted them. A young person can become an old person, all crooked and unable to walk, or an old man can become a beautiful woman that is the goddess of love. So what is that?

It’s suggestion. It’s whatever happens in the brain, in the mind, to make that happen. So in that book, the elements of magic and voodoo really work because it’s part of the culture.

It explains the revolution in many ways. But I cannot use that kind of thing in a novel like Ripper that is a crime novel set in contemporary San Francisco. It doesn’t fit there. It’s not like salt and pepper you can sprinkle everywhere.

FM: What does it mean to you to be a storyteller?
IA: My mother said that I was a storyteller as soon as I learned to speak. I was born in a time and in a place where there was no television. And kids were playing in the yard maybe, but we played with our imagination, with little toys that we made ourselves. It was a very different world. I was the only girl, and I had brothers, but no sisters. And I was a very solitary kid. So I read very early on, and I read a lot.

I was a voracious reader. I would read the stories. And then I was not satisfied with the whole thing. I would pick up characters from one story and then characters from another story and put them together and change the whole thing. So the idea,
the infinite possibilities of stories, of the lives of people, of the connections, the relationships that can happen, that fascinates me. It has always fascinated me.

So when I say that I’m a storyteller, it’s because that’s the focus of my writing. I do care about language. And I’m very careful about language. But I’m not experimenting with language. I want to connect with my readers and tell them a story. That’s it. We share a story, as simple as that.

FM: What would you say inspires you to write?
IA: I think that stories are like seeds in my belly. And this seed is going to germinate and become the book. All those seeds are connected to something that has happened to me. Either it’s an obsession, or it’s something that I have lived, experimented, or a memory of some kind. If it’s not one of the seeds that I have inside, if it’s not connected to me very strongly, I can’t write it.

So what inspires me, people, stories, places, the trips I’ve taken, memories, pain, things that have left a big impression on me.

FM: I understand that you always light a candle when you start a new book?
IA: Yes, there’s the whole tradition of lighting a candle in every religion. In every ritual, you light candles to call the spirits, to call inspiration, to call light into the space.

FM: Do you always write with a candle lit?
IA: I light the candle. Sometimes, the candle dies on me before I have time to even notice. But it’s just part of the ritual. I have a photograph of my daughter, photograph of my grandparents. It’s a little altar. And in a way, I love the idea that I light the candle, and I call them. I say, “Come here. Help me. I will need your help.” And they come somehow, the memory or the energy. I feel that they are with me. Of course, all this is in my imagination. I don’t see ghosts or anything like that.

M: Can you talk a little about your new novel The Japanese Lover?
IA: The Japanese Lover is a very romantic story. It’s a story of love. The protagonist is eighty years old, and she lives in a retirement home. And she has a secret lover. So there is a young woman who works in the retirement home called Irina who suspects that this woman has some secret life because why else would she disappear for two or three nights a week and then reappear disheveled with no gas in the car and very happy?

So she says, “Oh, my God, she has a lover. Why is this lover secret, a secret at her age? She can do whatever she wants.” In the retirement home, she lives in an independent unit. So she doesn’t need to hide anything.

And so the story is for the reader to discover what happens in the life of the protagonist, who’s called Alma, through the eyes of the young woman, who’s called Irina. And there are two couples in the story, the old couple, the old woman with a lover, and the young woman with a young man that is in love with her. And it’s like a dance, the four of them. So the book goes back and forth between both couples, the young and the old. And for very different reasons, they all have secrets.

FM: Is there anything else about fantasy or fairy tale or folk tale that is relevant or that interests you or is it, as you’ve explained it, mostly looking at coincidences and mystery and spirit in the natural world that interests you?
IA: A few years ago, I was appointed ambassador to the Hans Christian Andersen Organization in Denmark. And I was given the Hans Christian Andersen Award. And the idea of the organizers who invited me to this, and the prince gave me the award, was that they find in my books what they find in Hans Christian Andersen’s books, that he works with magic and fairies, but it’s always grounded in reality. “The Ugly Duckling,” for example, is the story of any child that feels different and ugly and feels rejected. There’s always an element of reality in each one of the stories.

FM: Are you a fan of Hans Christian Andersen?
IA: I love the stories. I grew up reading his stories, and I also loved the fact that, without even trying, he gives us a message. We learn something from each one of his stories. There’s always an ending that is about resilience, about redemption, and of course about love.