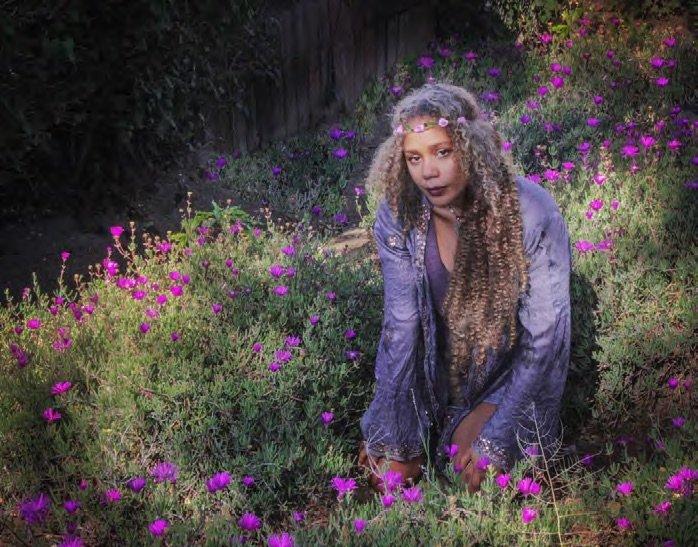 Actress Rachel True believes that delving into the tarot helped put her in the right mind-set to receive the role of Rochelle in the 1996 film The Craft. True was given her first tarot deck at the age of eight and began working with the cards by simply telling herself stories about the pictures—which, as she points out, is ultimately part of how the deck works anyway. She began actually reading the cards for herself at twelve, but it wasn’t until an experience in 1994, two years after she moved to L.A. to pursue a career in acting, that she had the chance to learn the tarot inside and out.

Her television broke, she explains, and that was the catalyst. Instead of getting it repaired, she decided to put her attention elsewhere and explore the full extent of the tarot cards’ symbolism and meaning. “I wanted to understand the different levels going on in these cards,” she says, “so I went in and studied that. And about nine months later someone came by and fixed my TV and around that time my friend called and said there was a movie floating around about four high school witches. I was told they weren’t reading any black girls for those main roles, so I went through a lot of hoops to get an audition. But I think those nine months before the script landed in my lap that I spent connecting to my spiritual studies, connecting to my higher self and then grounding to the earth, were very instrumental.” Needless to say, True received a leading role in The Craft, a film that inspired many young spiritual seekers of the mid-1990s to explore the ancient art of witchcraft.

True doesn’t identify as Wiccan herself, but she accepts many of its tenets. “I do believe in the power of earth, air, fire, and water,” she says. “Absolutely. I know you can use your will to manifest things. I’ve never been a label person, so I stay away from that, but I say use your power for good.” 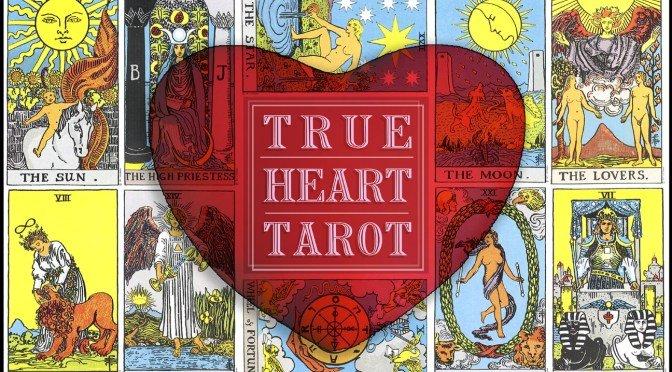 Now True is further celebrating her love of the tarot with her own deck and book. True Heart Tarot, arriving in fall 2020 from Houghton Mifflin Harcourt, is not only a fully functioning tarot deck but also a memoir of the author’s acting career, presenting acting memorization techniques to help the reader learn the tarot more intimately as well. “When we’re learning lines as actors, we aren’t just memorizing the line, because that’s static on a page,” True says. “We have to feel. What is the feeling behind that line of dialogue? I want people to feel the card, because if you learn the feel of the card, you never forget its interpretation. If we can get you to understand the feeling, that feeling gets locked into your body like muscle memory instead of into your brain through memorization.”

The tarot, True explains, is a way to get in touch with the higher self inside of you. Carl Jung said that “we can predict the future when we know how the present moment evolved from the past.” True embraces this belief and has seen how the tarot has helped her work through difficulties without overtaxing other people with them. “It’s a way to therapize yourself so you don’t have to call your friends up and ask them to live in the minutiae of your brain,” she says. “I realized tarot can help me. That is magic—to go from feeling like a victim to moving forward through tarot and other practices to figure out what you want.”

She may prefer not to use labels for her personal spiritual path, but True openly acknowledges the magic inherent in her life: “My everyday life is just enchanted. Even as a small kid, I always felt like I could pick up energy, pick up feelings, pick up the unseen. I was very intrigued by that. I do slide off to fairyland, get lost in my art, and I feel I have a youthful energy because I have the feeling that there are still things for me to accomplish before I get older—maybe it’s this book, while I’m still hip enough for the kids to care. But there is everyday magic everywhere.”

Find Rachel True on Instagram @trueracheltrue and Twitter @racheltrue, and/or visit patreon.com/racheltrue for her ongoing tarot workshops. Her book and tarot deck, True Heart Tarot, are forthcoming from Houghton Mifflin Harcourt in September 2020. 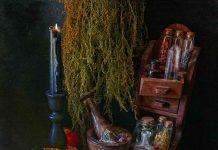