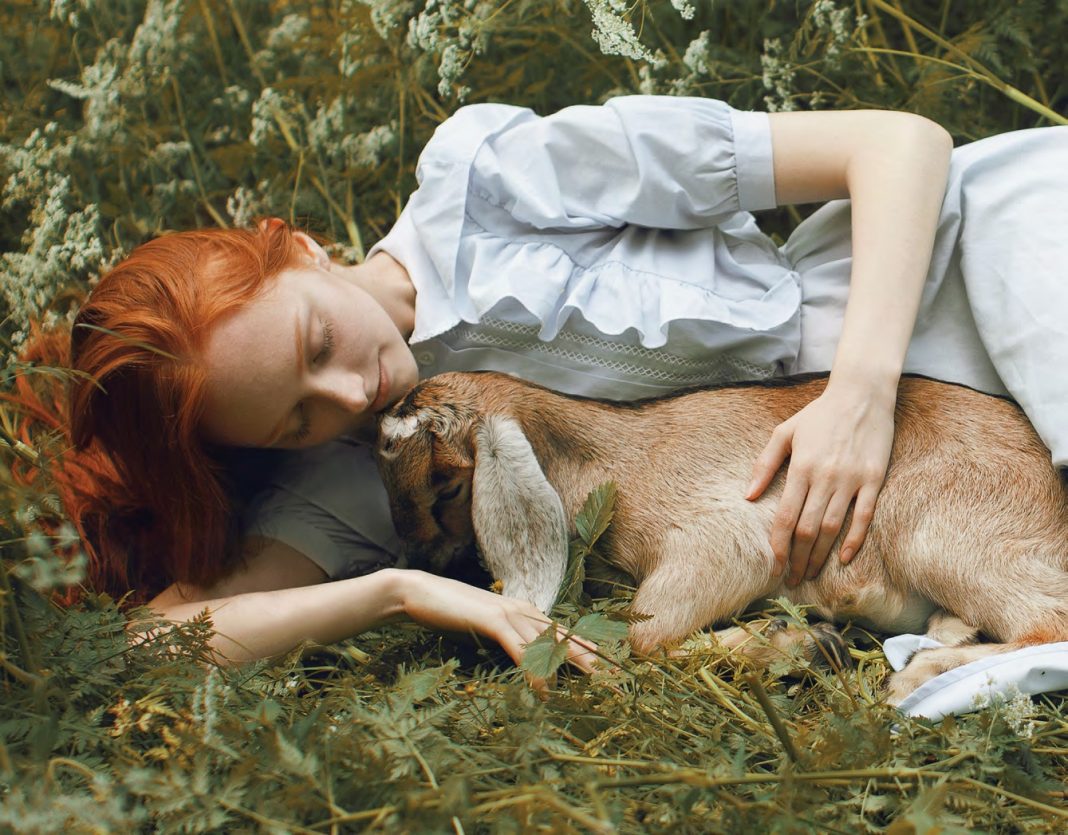 Moscow-based photographer Katerina Plotnikova is one of the most exciting artists out there today, with her breathtaking, astonishing images that imagine a world in which animals cavort with humans in enchanted forests. We’re thrilled to be featuring some of her most dazzling work on the next eighteen pages—we couldn’t narrow it down any further!—as well as to present the interview below, conducted in and translated from Russian with the help of our own Ukraine-born creative director Anna Vorgul (and her very patient mother Valentina Grinberg). 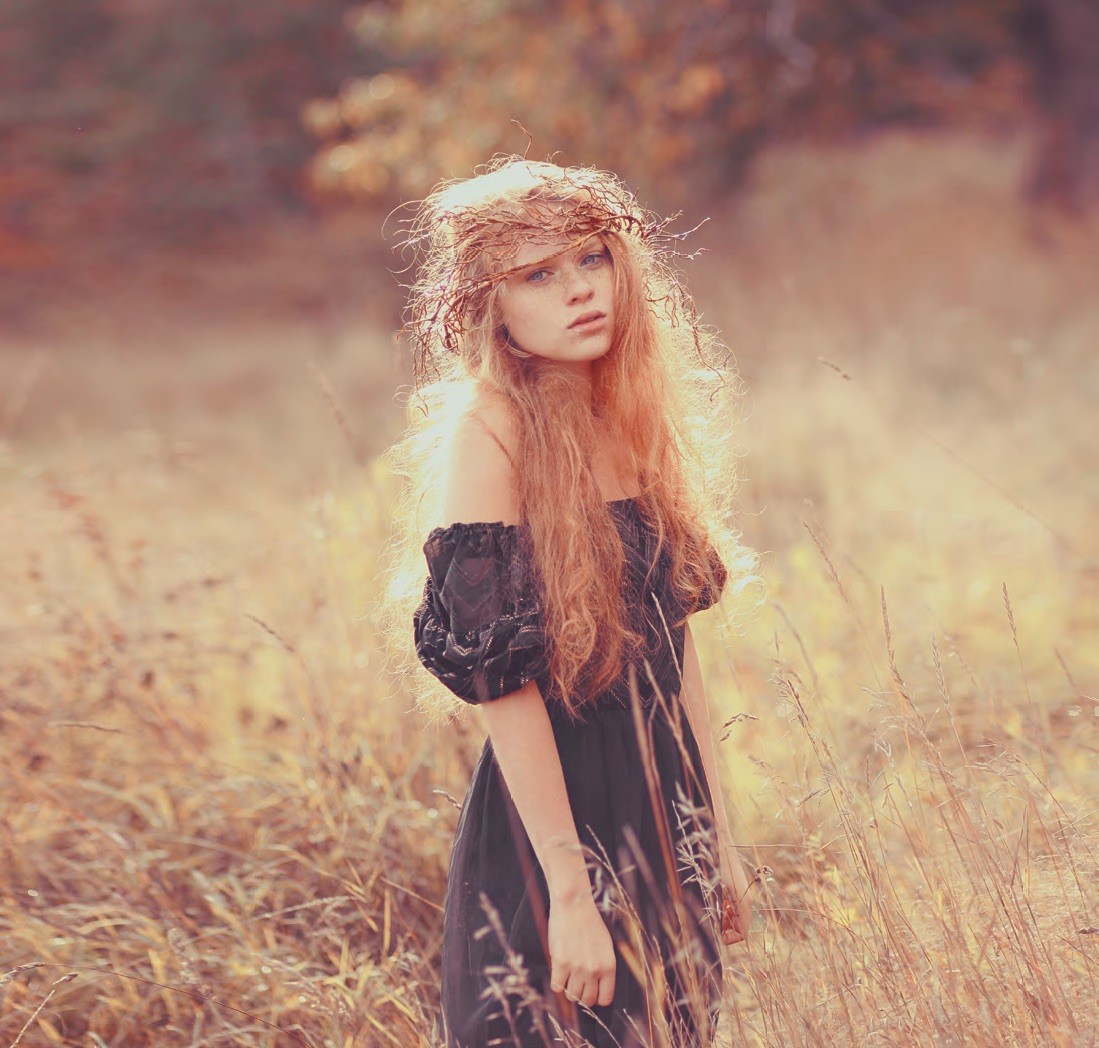 Faerie Magazine: Can you say something about who you are and where you live?
Katerina Plotnikova: I was born in a small town not far from Moscow, and still live there. But for the last few years, it is very difficult to say that I just live in this city. I travel constantly. Last year I traveled throughout my homeland. Russia is very large, so the full round trip took three months. This past winter I visited the countries in Southeast Asia, and I plan to visit several more countries in Asia and take a trip around the world. So to answer your question, I myself am from Russia, but I live on planet Earth! 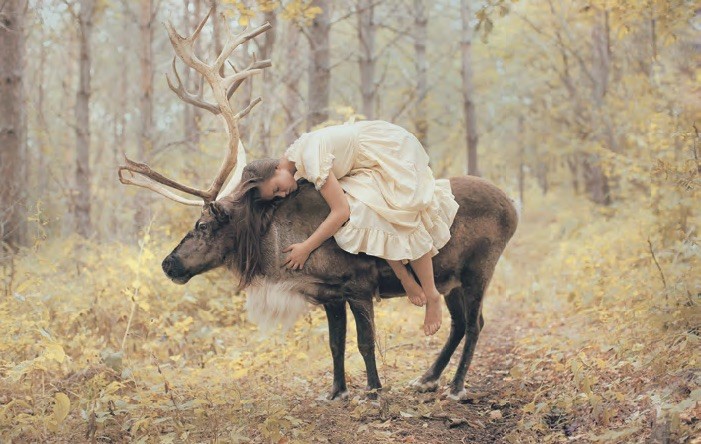 FM: How do fairy tales inspire you?
KP: Form inspires me more than fairy tales do. I find inspiration in the most unexpected places. For example, I recently did a photo of a girl and a time machine. The inspiration was pretty random: I went to the DIY-store, saw showers for sale, and realized that if I added a few details I could make something that looks like a real time machine. That’s how the inspiration came, from the material itself. The very next day I bought the cheapest shower, a bunch of wires, bulbs, and beautiful bronze paint. It often happens like that—I see a material and am inspired to present it in a different form. I’m often inspired by walks through the flea market, too. Almost all of the dresses in my photos are from second-hand store or flea markets.

As for the images of animals, I often find an animal that inspires me from a chance meeting with the owner or as the result of a web search. If you ask me what inspired me to create this series of animal photos, it’s difficult for me to give a good answer. This series emerged from the main theme of all of my work—the unity of man and nature. I’ve always wanted to show that man and nature are one, one big whole. And that we should be friends with the animal world as well as the plant world. 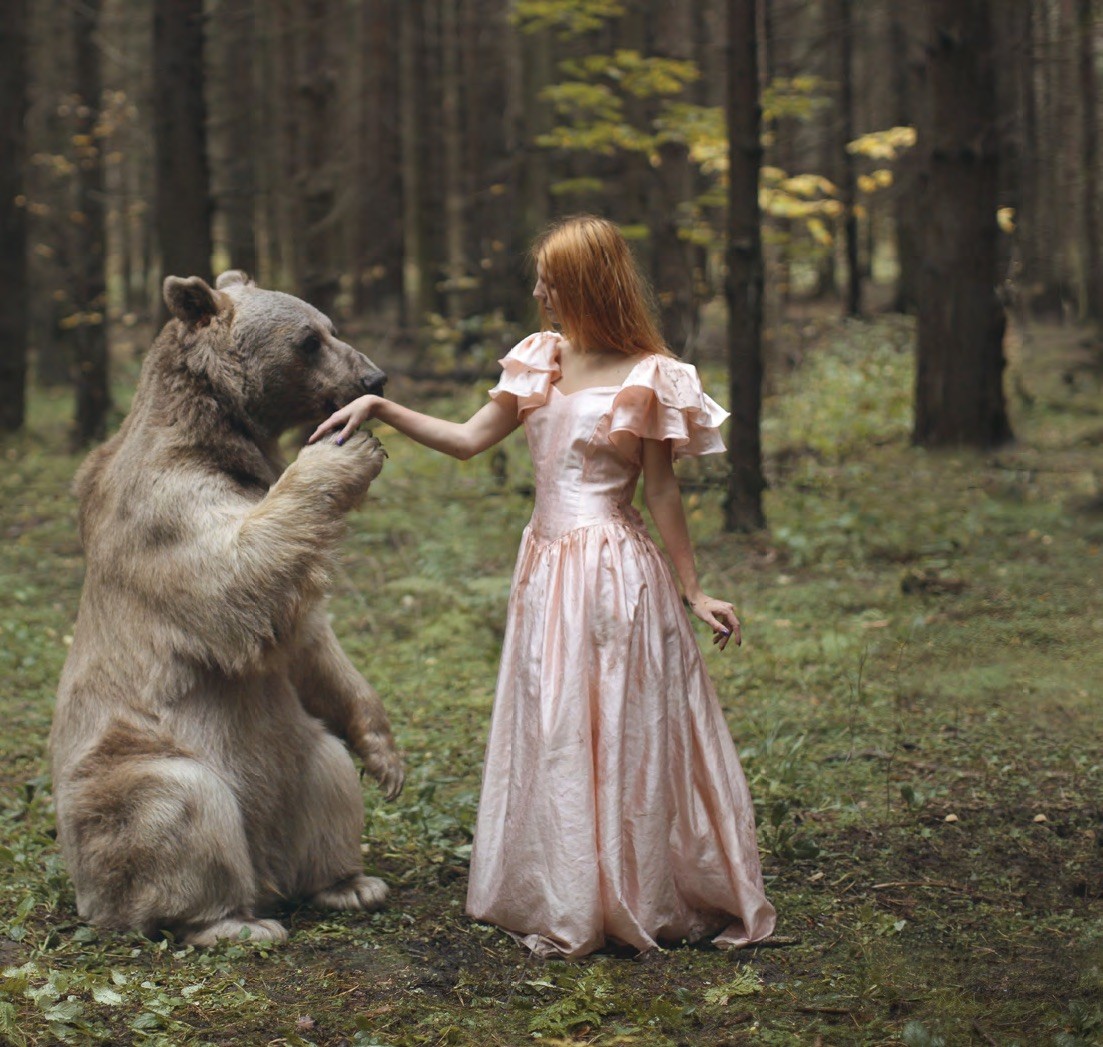 “The bear I photographed is a real sweet tooth and gourmet, and throughout his entire shoot he was fed Norwegian salmon and eclairs (I was even slightly jealous)!”

FM: Do you consider your work to be indicative of new stories and new myths? What do you hope people take away from your images?
KP: I would love for anyone who sees my work to understand that even though the world has retreated further and further from nature, we still have to find a balance. We should always remember that nature is primary, and that animals are our friends, not our food. I am not a strict vegetarian, I eat fish, but I haven’t eaten meat for several years. I believe that everyone must make these kinds of decisions for themselves but I would like to show that a fox is not a fur coat, but a friend. 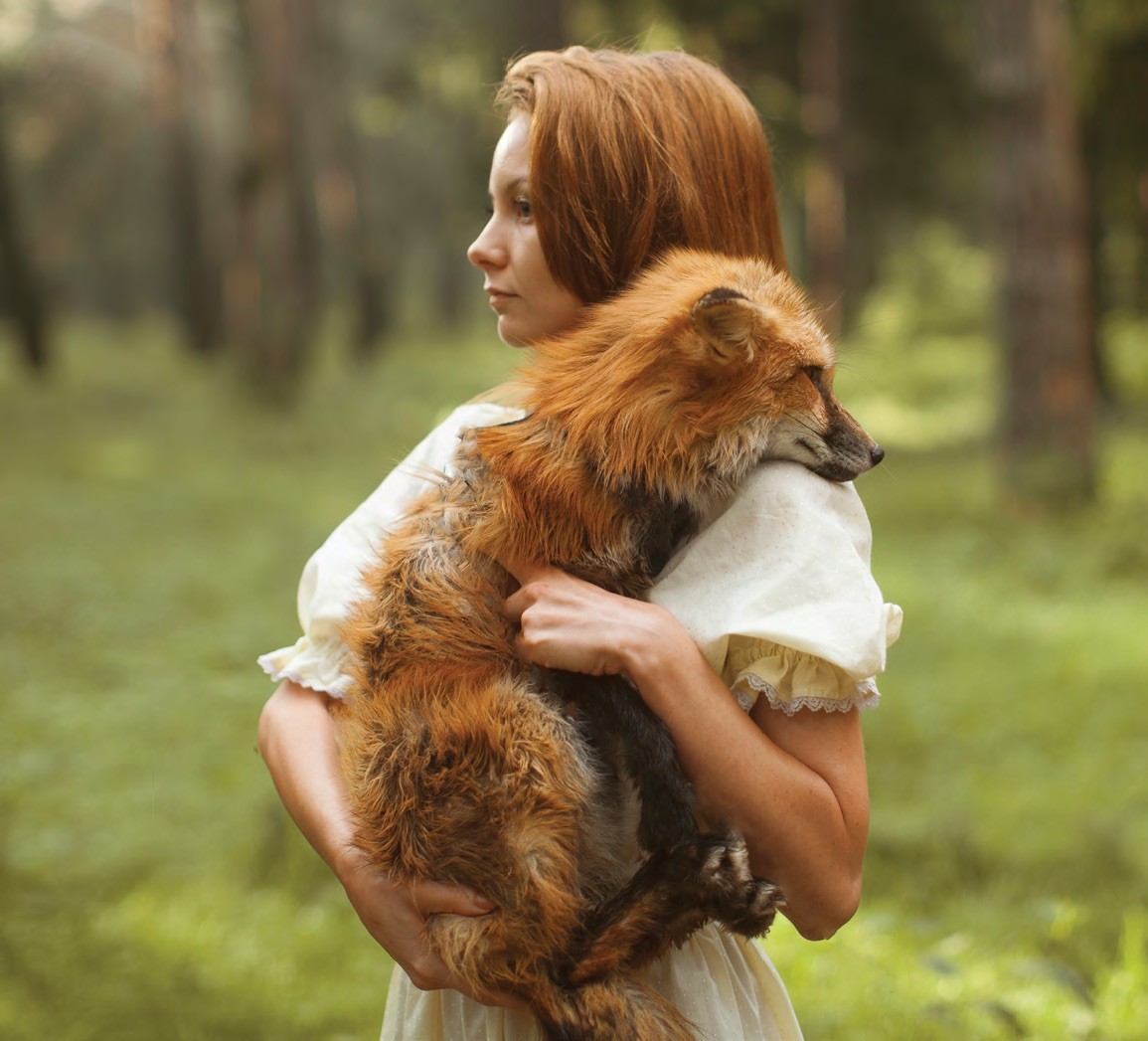 FM: Your work often has a very dreamlike quality to it, both in the surreal situations portrayed and in the peaceful expression of the model. Do you find inspiration for your work in your own dreams?
KP: Dreams have always been the main motivation for absolutely all generations of people, and me too. Dreams are our clues. Without them life would be routine.

FM: How do you select your models? What are you looking for in a model?
KP: In the few years I’ve been working as a photographer, I’ve found a few favorite models that I work with constantly. We share a total madness and lack of fear. When I search for a model, I try to focus on a particular physical appearance—a doll-like appearance, red hair, freckles, girls who are far from the standards imposed upon us by the media. If the girl is suitable for casting, we then decide on shots to take. If a girl contacts me, she must be ready for anything and see anything that might come as an adventure! 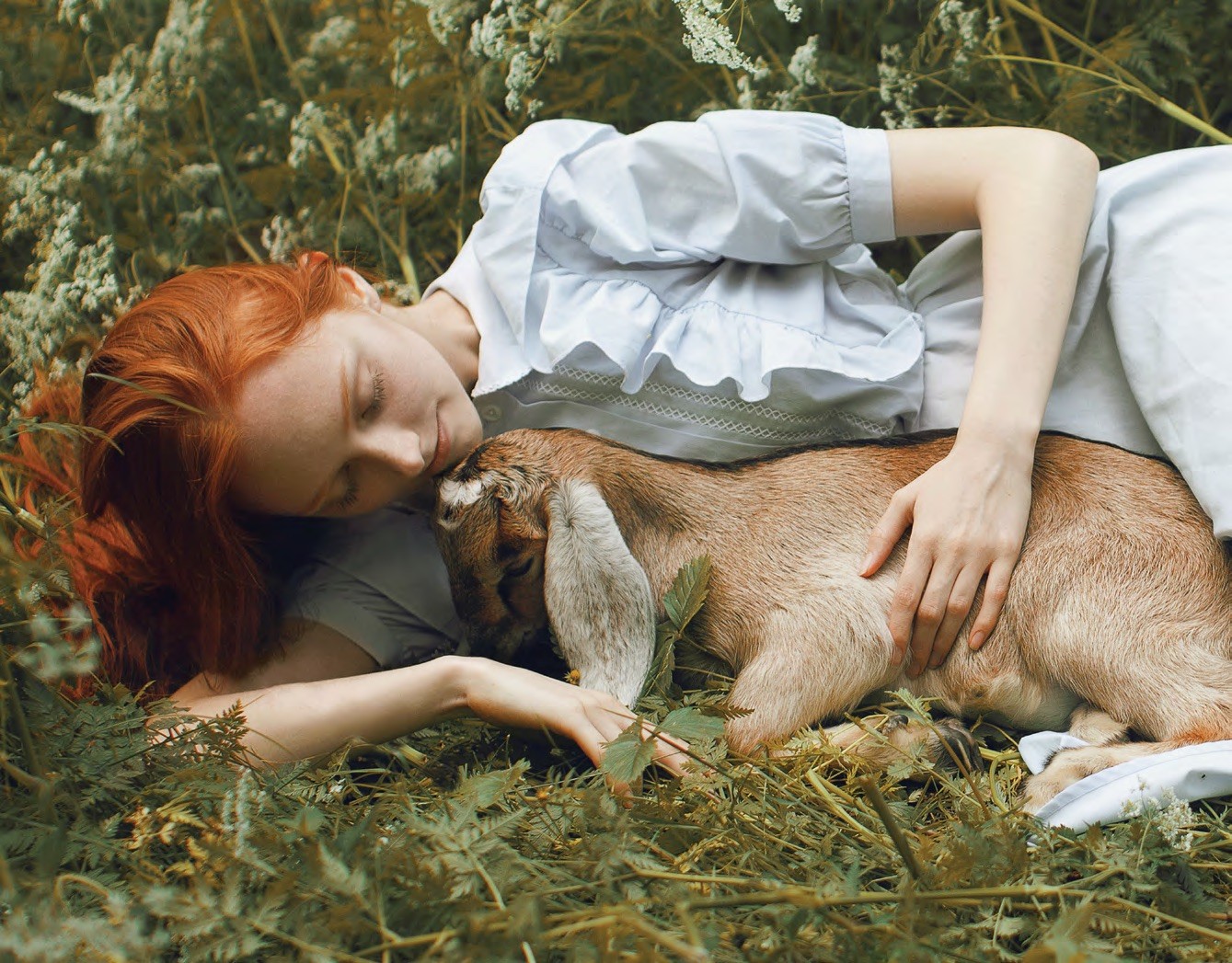 “If a photo does not have sincere emotion in it, then no one will believe it, not even the artist himself.”

FM: When/how did you start photographing wild animals?
KP: The animals I photograph are never completely wild. They all have owners who love them as if they were their own children. I always look at the way an owner cares for an animal before we do a shoot. Many of the owners have come to care for the animals through unfortunate circumstances. For example, I recently photographed a deer who was a real Bambi; his mother had been killed and he was found by chance in the woods. His caretaker found him and had to carry him out of the forest because he could barely walk. A baby tigress I’ve worked with was rejected by its mother; she was also adopted and cared for by humans. It’s thoughtless to say that these animals should be released into the wild. If you pick up an animal, save it and care for it, then you are then responsible for it until the end. It’s difficult to remember which animal I first worked with. One of the first was an owl, and then my interest grew and I began finding more and more animals and their owners. 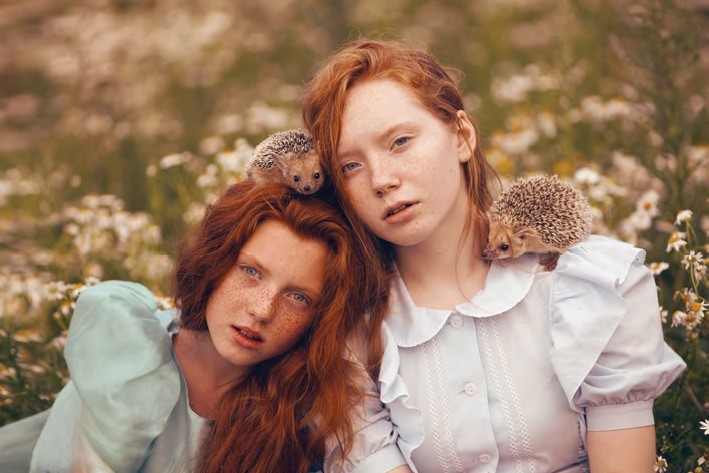 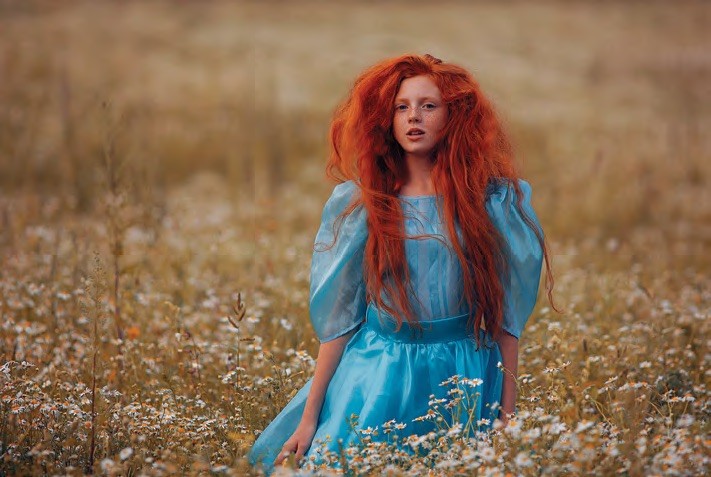 FM: Can you share any stories with us from those shoots? What are the biggest challenges?
KP: There are many stories—some are funny, some are more crazy. For example, when taking a picture with the tiger, we had the idea to give the model long hair made out of flax. It turns out that the tiger has a strong aversion to the raw material’s very specific scent. We had to abandon the idea immediately, but the tiger’s mood had already been spoiled. The shoot featured a nude model who repeatedly had to quietly crawl up toward and away from the tiger while the tiger’s trainer kept calming the tiger down. That was pretty funny. And then the bear I photographed is a real sweet tooth and gourmet, and throughout his entire shoot he was fed Norwegian salmon and eclairs (I was even slightly jealous)!

FM: What’s been most surprising to you, working with these animals?
KP: In general, working with animals is amazing. They go about their business—they eat and walk and don’t care about what you’re doing at all, and then there’s the model running around and trying to pose or crawl around or hold the animal. Deer and camels eat constantly, so you have to capture a shot with them in that rare fraction of a second when they turn away from the food. 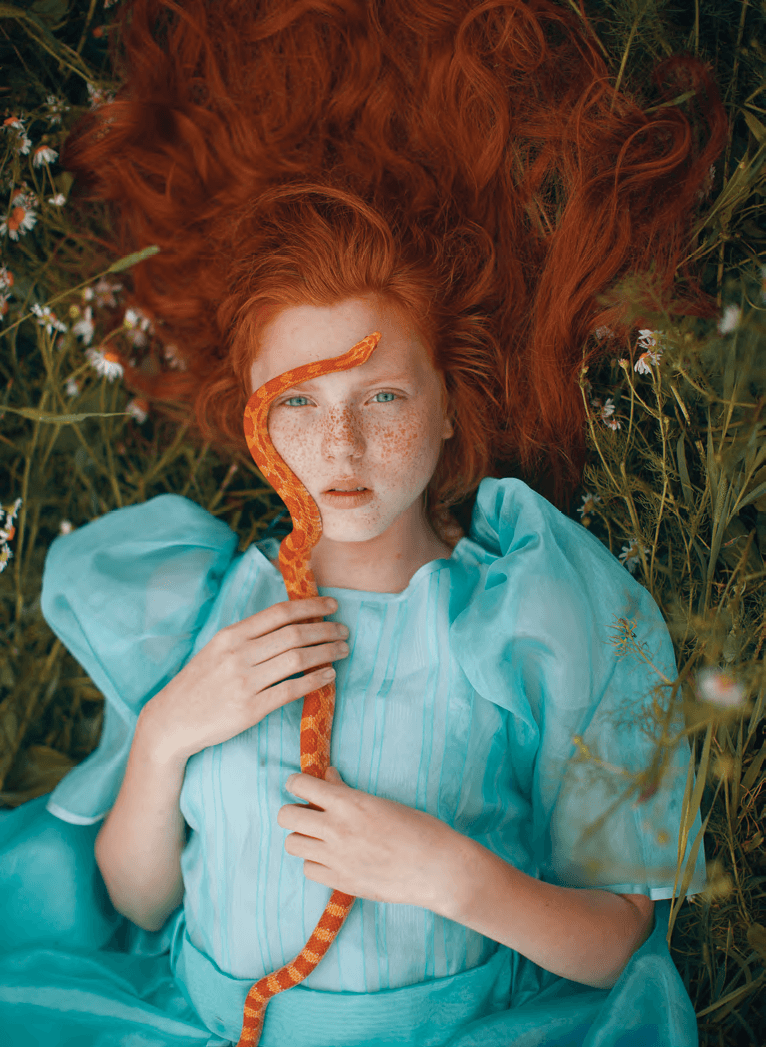 FM: Can you tell us the story of our cover shot? The girl with the snake moving down her face? How did this idea come about and how did the shoot happen?
KP: This photo is very random. I came to visit a friend in the city of Novosibirsk, which is over two thousand miles from Moscow, in the center of Siberia. She offered to call her model friends for a photo walk. We took a hedgehog and a snake and went to explore the neighborhoods of the city. We stopped at a chamomile field and took a few shots, and this was one of them. The model was only thirteen years old when the photo was taken, but she had a decent experience as a model. 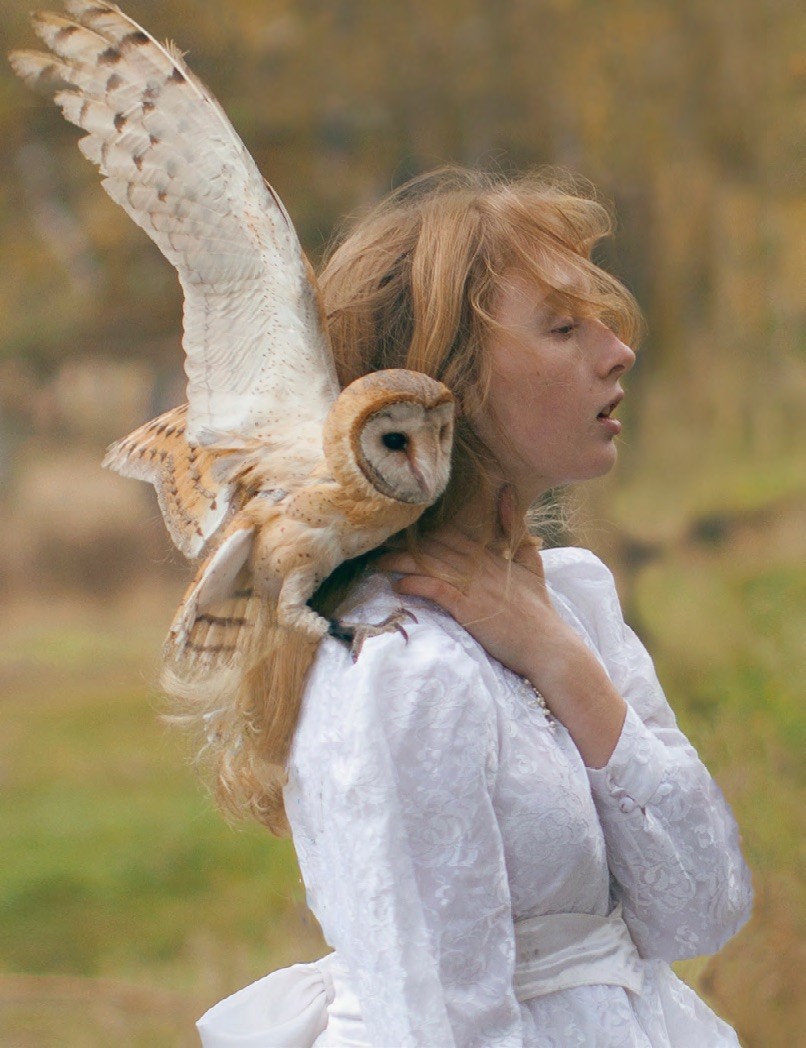 “The animals I photograph are never completely wild. They all have owners who love them as if they were their own children. I always look at the way an owner cares for an animal before we do a shoot.”

FM: What is next for you?
KP: I have a lot of new series in mind. First I want to make a series of evil spirit photos. But I love to experiment and improvise. So as they say in my country: сколько людей, столько и мнений (or “we’ll play it by ear”).

FM: Is there anything else you’d like to share with our readers?
KP: Just that in this work there should always be a place for creativity and play. One of the most important parts of a photo is the mood of it, and this cannot be predicted. Nothing can be predicted in advance, otherwise the result will not be sincere. If a photo does not have sincere emotion in it, then no one will believe it, not even the artist himself. 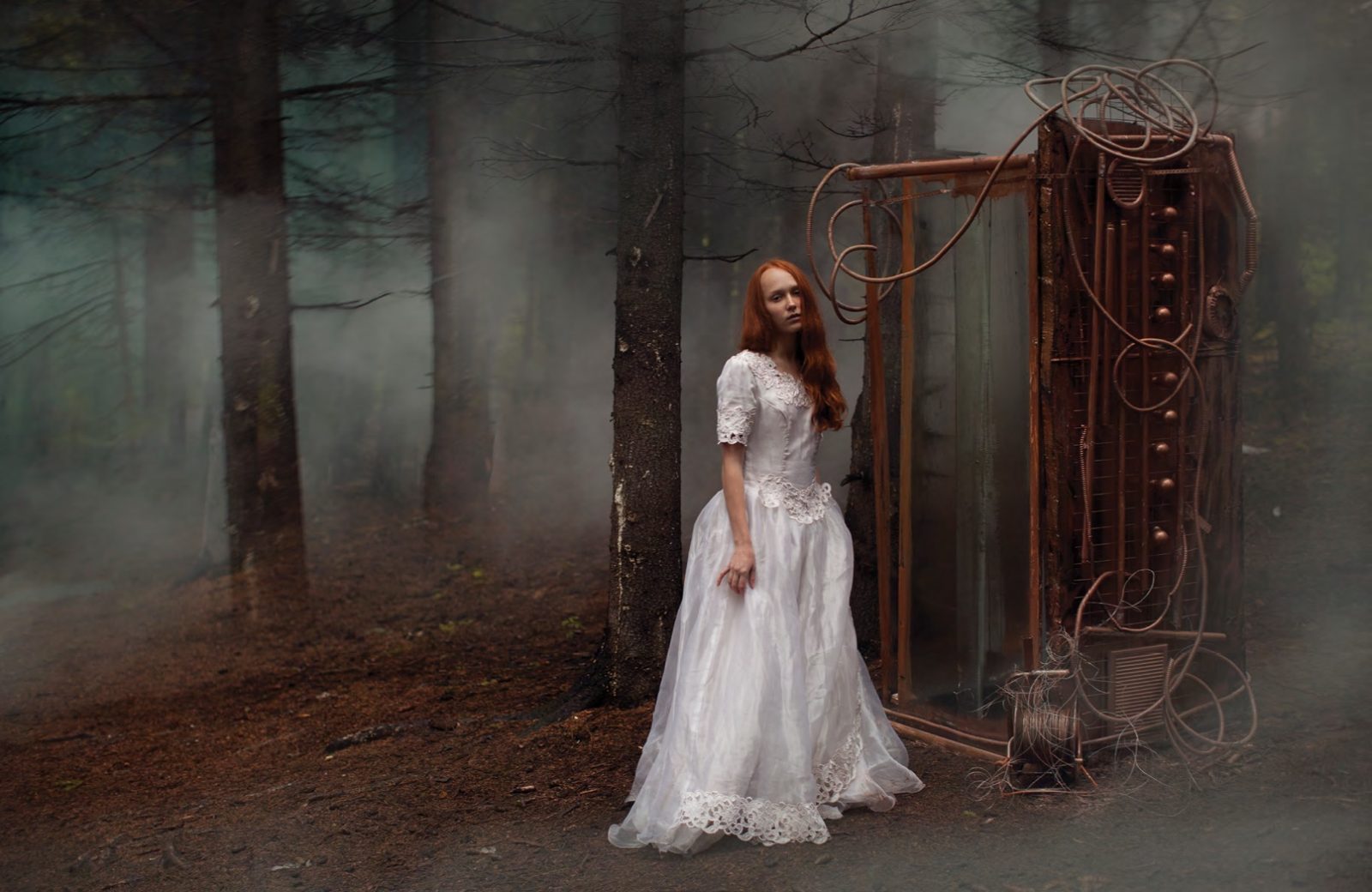 “Dreams have always been the main motivation for absolutely all generations of people, and me too. Dreams are our clues. Without them life would be routine.”