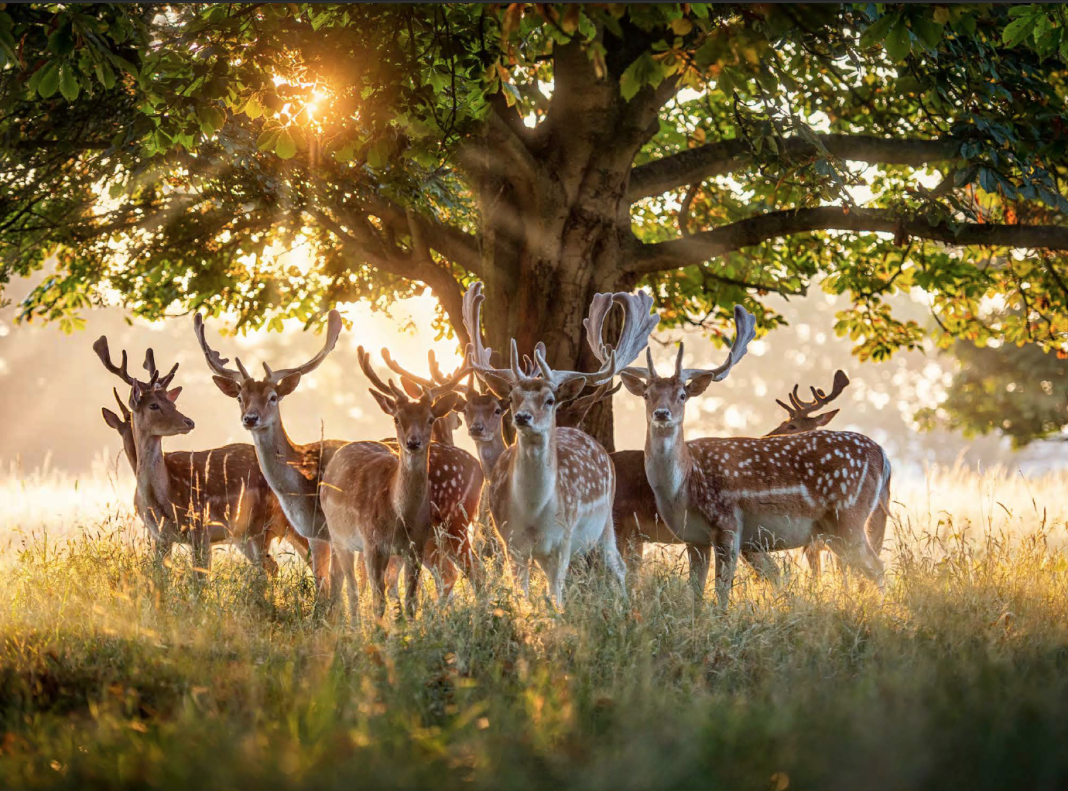 Photographer Max Ellis may live in London, but he keeps  one foot firmly in the Otherworld through his surreal and majestic photographs of stags, rutting and standing in the misty countryside, the glowing dawn shining between the tines of their branching antlers. While Ellis has been a professional photographer for twenty-plus years, heading up international advertising campaigns, he had no special interest in landscape photography until he started photographing the stags ten years ago.

“There’s nothing in life compared to being on your knees on a perfect misty dawn in front of an emperor stag,” Ellis says. “It’s a bit of an obsession. They never get boring. The silhouette is so majestic and instantly recognizable.” Although nature photographers can spend hours waiting patiently for the right moment to photograph, Ellis has found the noble deer to be a relatively easy subject to capture. He has sometimes remained for an hour or more in a perfect spot, but he doesn’t usually spend a long time waiting. Instead he shadows the stags, watching them. “I can read a stag very well and know what he’s thinking. We have respect for each other. I don’t tend to get in their way and vice versa.”

Most of the time this works, but there have been a couple of close calls, especially when Ellis captures the stags during a rut. During the lead-up to mating, they tend to be very single-minded, with the main risk occurring anytime Ellis finds himself stuck between an alpha male and a juvenile, when the alpha has finally had enough of the younger deer’s nonsense. “He will just charge in a straight line at the transgressor, taking out everything in his path, including eager photographers,” he says. “I’ve been missed by a foot or so, but I’ve learned not to stop shooting.” These fight images are the most dangerous to capture, since confrontations between the stags can be unpredictable, taking place at high speed and often in deep undergrowth.

Ellis’s personal spirituality focuses on the Celtic horned forest god, Cernunnos, and he is drawn to how the power of the stags makes him feel closer to his path. “The stag is a legendary beast,” he says. “It has always been a symbol of power and elegance. Cernunnos inspires me in all of my stag imagery. I say a prayer to Cernunnos and bow to the stags when they really deliver.”