Home Writing Fiction The Night of The Witch 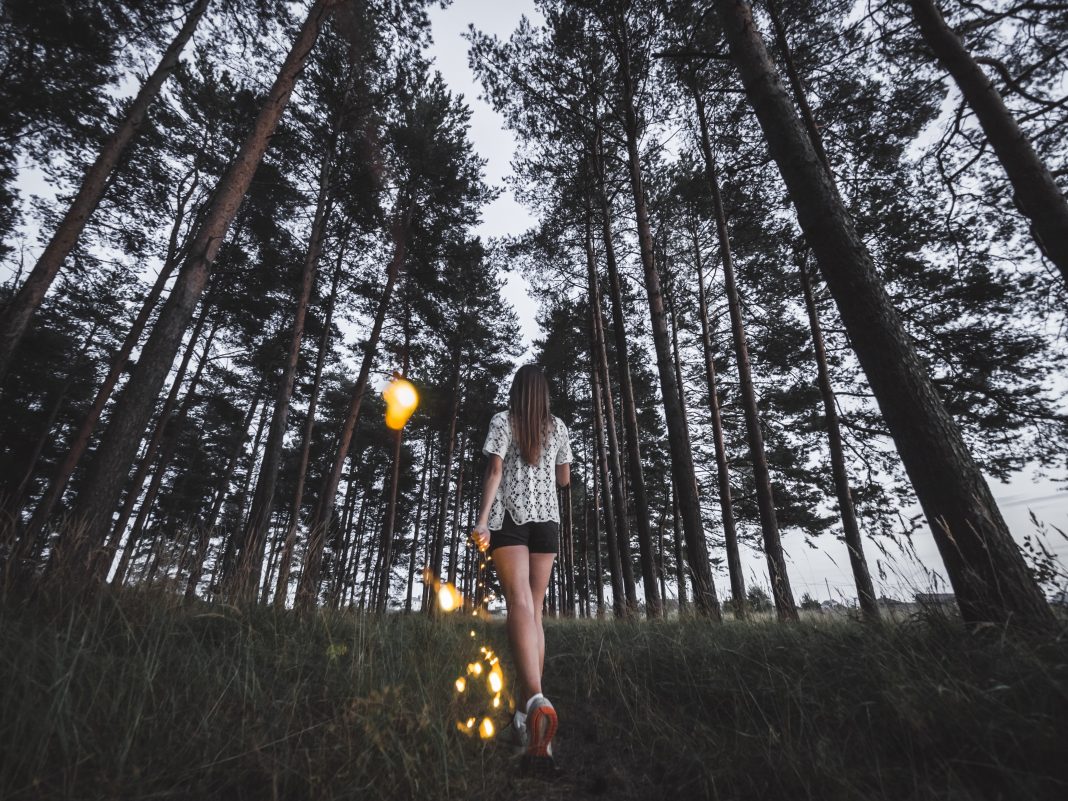 Photo by Natalya Letunova on Unsplash

Every few years they came searching and this was the year they found them. Three sisters living at the edge of the forest. The youngest sister was at the river when it happened. She had long black hair and ember eyes and was so quiet it sometimes seemed she could disappear into the night. She knew something was terribly wrong because the fish stopped swimming and the birds fell from the sky. She felt whatever her sisters felt, but because she was the youngest, she felt even more. Her heart was thudding against her chest, like a bird in a cage. She felt as though she had been torn from home, wrapped in chains, thrown into a dungeon. She ran as fast as she could, but it was too late. The witch hunters had come and gone. Her sisters had been taken to the city. There they were trapped in a jail cell whose lock had no key.

The youngest sister had always taken her sisters’ advice, now she had no choice but to make her own decisions. She packed her bag and set off through the woods. She took what she thought she might need: a black dress, her knitting needles, a loaf of bread, a mirror. Halfway to the city she came to the house of the oldest witch, one who was so wise she had never been caught. In exchange for the wise woman’s help, the youngest sister gave her the mirror. Whoever looked in the glass would see herself as she was when she was young. Pleased by what she saw, the wise woman gave the youngest sister instructions. She was to take pieces of the night and knit them into long gloves before she went through the city gates.

They’ll be your map, the wise woman said. Walk where the night leads you and you will never be found.

The youngest sister did as she was told. When she climbed the tallest tree she still couldn’t reach the sky, so she tossed bread crumbs to the ravens. They came to her with strands of night still attached to their talons. Then and there she began to knit the inky black strands. They were so dark no one could see the gloves she had made, for she was knitting pure midnight. When she was done, she pulled on the gloves and set off for the city gates. She heard the guards say that the witches were kept underground, in a cage without a key. They didn’t notice when she slipped past, for she was hidden in the darkness of her gloves. In her black dress, with her long black hair, she had become part of the night. She knew what she needed. Quickly, she found her way to the locksmith’s house. She knocked on the door even though it was the middle of the night. The locksmith fell in love with her the moment he saw her. He was tall and handsome and kindhearted, but his eyes could not tolerate full sun. Because of this he worked at night. This was the reason he opened the door, and the reason he saw her for who she was, a woman as beautiful as the night.

She needed a key that would open any door, just as she had opened his heart. She waited by the fire while he worked on the perfect key, a simple form made of silver, the one metal a witch can tolerate. He told her that if she didn’t come back he would find her. She left him the key to the house in the woods, made of a single raven’s feather.

To find her sisters she needed a map. She unwound the gloves and the unspooled black yarn cast itself down the street. She followed the path of the yarn as if it were a map. No one could see her, not even the witch hunters celebrating in the center of town, for wherever the night-yarn led it was as dark as midnight. She went into the prison and down six flights of steps. The last of the yarn stopped in front of the cell that had no key. Her two sisters were waiting for her, the one with her pale hair who looked like moonlight, and the one with bright hair who looked like a star. They had been crying and a black pool had formed, so deep they would soon drown in their own tears. The youngest sister hurried. She slipped the key maker’s key into the lock and the door fell open.

The three sisters ran to retrace the path of the night yarn, gathering it as they went. The silver key was melting in the youngest sister’s hand, turning into a silver ring. She felt her heart tugged upon when she thought of the key maker, but she couldn’t stay. All the same, as they were escaping the city, the youngest sister let the ball of yarn fall to the ground. It unwound as she fled, making a path to their door. You had to be acquainted with the night to see the path it made, but the key maker had no problem seeing in the darkest part of the woods at the darkest hour of the night. He saw ravens sleeping in the trees and black roses blooming. When he got to the witches’ house, he used the midnight yarn to surround it so that no witch hunter would ever find it again. Anyone passing by would see only the color of the night. Then he used the key the youngest sister had given him. He never went back to the city after that. From then on he preferred to climb to the top of the tallest tree with his beloved and watch the darkness fall down around them, as they counted the stars in the sky.