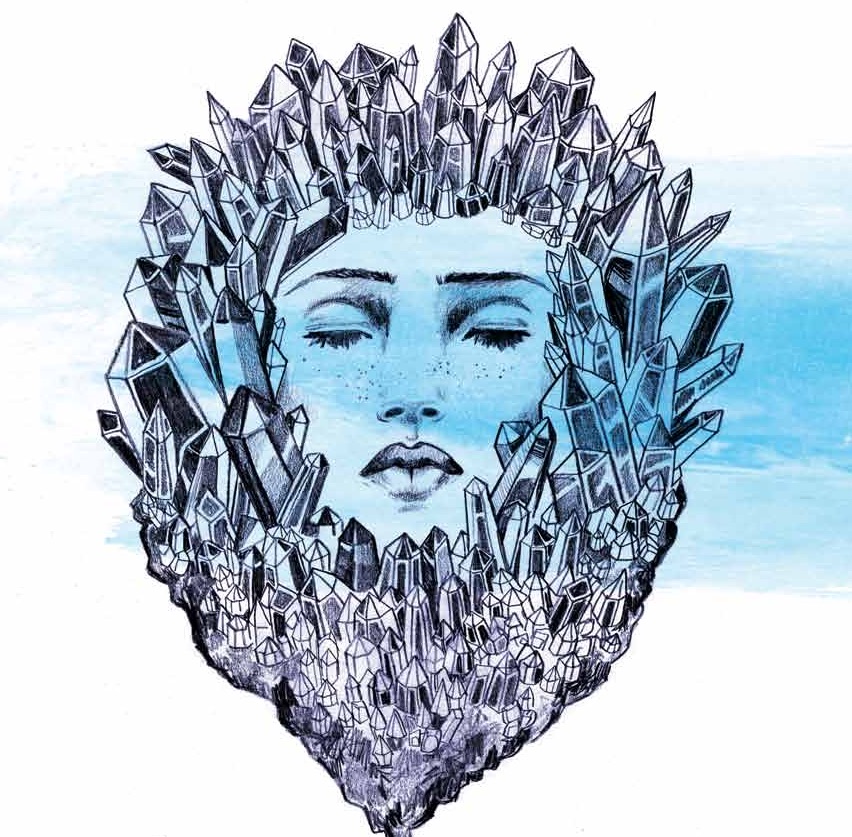 Once upon a time… not too long ago. A brother and his twin sister walked in the woods near their house in the suburbs. It was a very cold night. The dirt path led them to a cold sweep of water. It was the town reservoir where kids went to drink beer and make out. They picked their way across the icy concrete. In summer they simply rolled up their jeans and walked in the water. The twins sat on the other side of the reservoir on a flat square of concrete with graffiti on it. There were rusted metal railings and a big round metal thing that looked like the steering wheel of a ship. It was a town tradition for lovers to put locks on the wheel with names engraved on them: Steve and Letitia, Frankie and Amy. Edward and Edwina had done this when they were fifteen, though they were not lovers, of course—only twins.

They were seventeen when this story begins.

Edward fell asleep on the concrete, after playing her some songs about her on his guitar. Edwina Edwina he crooned. Edwina! While he slept he was warm because they had carried a blanket, their dad’s from his army days a long time ago. Grey, woolen, and heavy. Edwina, however, lay awake for a long time listening to the cry of the wind and the snowflakes, one by one, as they fell on the concrete. She had a sensitive ear.

At last, Edwina did fall asleep, only to be woken up by a thick clump of snow that fell on her face, wet and heavy. She found herself staring at a guy in a dazzling white suit. He bent over Edwina, breathing white puffs of air from the cold, directly into her mouth. She found herself lifting toward him with desire, but he walked over to Edward and leaned
over him.

Edwina tried to cry out, for the breath of this guy was like a freezing blast of wind. She wanted to wake up her twin, though she was not afraid of the guy in the white suit because of his youth and his beauty. She closed her eyes and when he came back to her and did what she could only assume he also had done to her brother, she was silent. Then he threat-ened her with instant death if she dared to mention to anyone what happened that night. And then he left.

Edwina called out to her brother, “Edward!” yet he didn’t reply. Edwina reached out to her brother and his hand was like ice. But he was not dead, and when he woke up they walked quietly home. In the kitchen, Edward made instant coffee for both of them, with warm milk as they liked. And then they went directly to bed.

The next winter, Edwina was at the library when she met a good-looking young man named James. They shared a favorite series of popular fairy-tale books and a love of punk music, which her twin also loved. Since they were kids Edwina and Edward had listened to punk every night, on an a.m. radio station—by their time both the popular fairy-tale series and punk music were very much retro. At the library that day, Edwina confessed she felt he, that is James, was her soulmate; since you cannot marry your brother, she said to herself, you had better do some-thing about that. She asked if he had a girlfriend. He didn’t. James took her hand and walked her to his apartment. It was tiny and clean. Empty spaghetti sauce jars lined the windowsills in the kitchen. In the bedroom, they did what lovers do, and they were married within a few months. Soon after, Edwina had children and of course, they were twins. Pale as white pumpkins, and equally sweet. When her mother died, her last words were “I love Jimmy so much!” and the newspa-per listed this in the notice. Edwina and James were very well-liked. They ran a small convenience store on a corner, in a neighborhood where families lived. Children walked to the store alone from a very young age to buy ice cream, even in winter.

One night, while James listened to music (a song about cold weather and sadness, by a musician who had died at a young age), firelight casting dark shadows on his fine features, Edwina thought of the night in the woods with her brother.

James put his book face-down on the table. To Edwina’s surprise he was smiling. “But that was me,” he said. “And you’ve broken your promise to keep this between us. You know, if it were not for our sleeping children I would kill you right now! And if you ever speak of this again, I will not stop myself from it.” He picked up his book and began reading again.

Edwina felt herself change into white mist. With a shudder she flew up the chimney. Even when she went through the fire she felt totally cold.

She considered calling her brother. He had a wife and they had a Christmas tree farm. Where they lived was awfully pretty. But she hesitated, and then she did not call him. She went into the kitchen and made herself instant coffee with warm milk—just as she liked; and she checked on the children, made sure they were warm. Their father was kind to them always, wasn’t he? Maybe she would leave home tomorrow. Maybe she wouldn’t.

Now, I know this is not a very good story. But sometimes things like this do happen. Sometimes winter only is cold.