Home Beauty & Style Beauty The Tears of a Mermaid
ShareTweet

“What symmetry! What art! They are the tears of mermaids!”
—A jeweler describing a string of pearls in Desire (1936), starring Marlene Dietrich and Gary Cooper

Mermaids are renowned far and wide for their hypnotic beauty, which can be downright dangerous to mere mortals who may easily find themselves swept away by it. From the Hebridean coast to the shores of Sligo, tales abound about those who are seduced by the iridescent glimmer of a mermaid’s tail; a pearly, illuminated cheek; a shimmering halo of wild wavy hair that floats on the surface of the sea.

A mermaid’s lovely luminescence is embodied by what is known in legend and lore as “mermaid’s tears”—pearls and sea glass that reflect the pearlescent, iridescent, shimmering, and incandescent qualities of her beauty. And those aspects are cherished by earthbound women too, who drink liquid elixirs mixed with crushed pearls, stroke on iridescent powders and luminescent creams, and bathe in seaweed hoping to glow like an undersea siren.

The allure can be perilous and powerful, which is, of course, a large part of its appeal, with an otherworldly glow that attracts—and shipwrecks—countless sailors. Like a whale’s song, a mermaid’s glow surely helps them find one another down in the deep.

Here’s how mere mortals can hope to capture the beauty of a mermaid.

I’ve always been drawn to pearls. A single delicate strand, a pearl in each ear, an iconic Chanel choker—pearls can illuminate the skin with radiance that appears to come from within.

Years ago, I traveled through India and found, to my delight, a vast pearl market in the city of Hyderabad. Hyderabad, though landlocked, is the unlikely pearl capital of India, an ancient hub of pearl traders dating back many centuries. Pearls were brought in from Sri Lanka, Venezuela, Iraq, and Japan and crafted into exquisite jewelry by Hyderabadi artisans.

In China, pearls are a traditional remedy for nervousness and emotional distress. They are said to resonate with the moon (in the same way that moonstones and opals—moon-resonant gems with similar qualities to pearls—do). In traditional Chinese medicine, pearls are also used to ease breakouts on the skin, make the pores look smaller, and tighten and tone the skin. Pearl extract is said to keep the skin as smooth as, well, the surface of a pearl. Pearls are also considered love potions, said to bring good fortune.

The other day, my friend Maria found a pearl in her oyster in the middle of dinner at a favorite restaurant in Montclair, New Jersey. It is exceedingly rare to find a natural pearl, and Maria felt extremely lucky. She now carries the pearl with her everywhere she goes as a talisman.

Most of us have been raised to think that pearls are made when a grain of sand gets into an oyster, but apparently that’s not the case. Oysters are skilled at swishing out sand, but when a tiny piece of coral or a tiny living creature ends up in the oyster shell and irritates the sensitive flesh of the oyster, it then sheathes the unfortunate intruder with nacre—the smooth, fabulously luminous substance that becomes the shimmering pearl. Each is unique and perfect, like a mermaid. Nowadays, most pearls are harvested in underwater oyster farms in China, Japan, Indonesia, Vietnam, Polynesia, Australia, and the Philippines by inserting an irritant into the oyster, the same way it happens naturally.

Throughout the ages, drinking an elixir made with crushed pearl was considered the ultimate beauty secret. It was also said to make a woman feel more balanced and enhance her natural elegance and grace. Though pearl elixirs are still popular (see below), a luminizer with a pearl tint is another great way to light up the skin for an otherworldly glow. 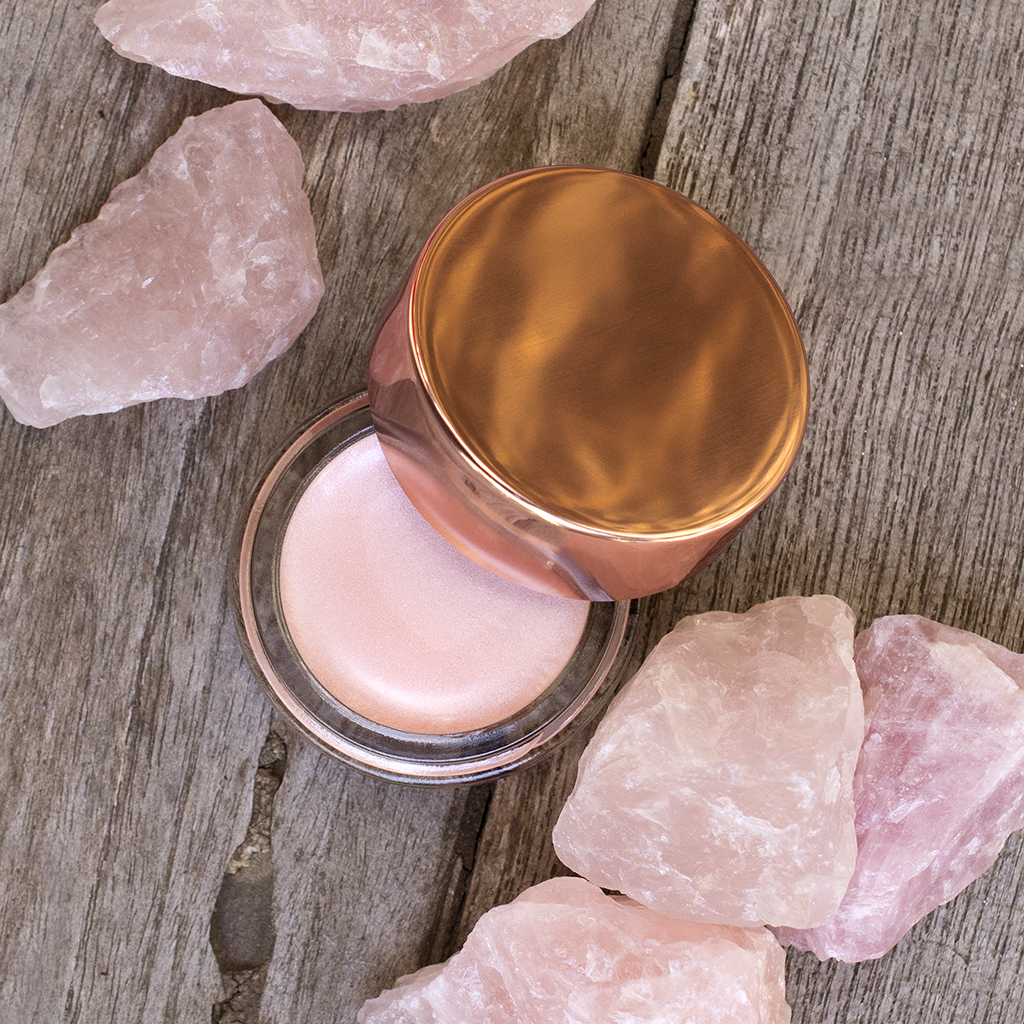 Kora Organics Rose Quartz Luminizer With pulverized rose quartz—also known as the stone for romance—a little goes a long way to light up the face and décolleté. Apply luminizer to the cheekbones, bridge of the nose, and bow of the lips for a radiant look. koraorganics.com 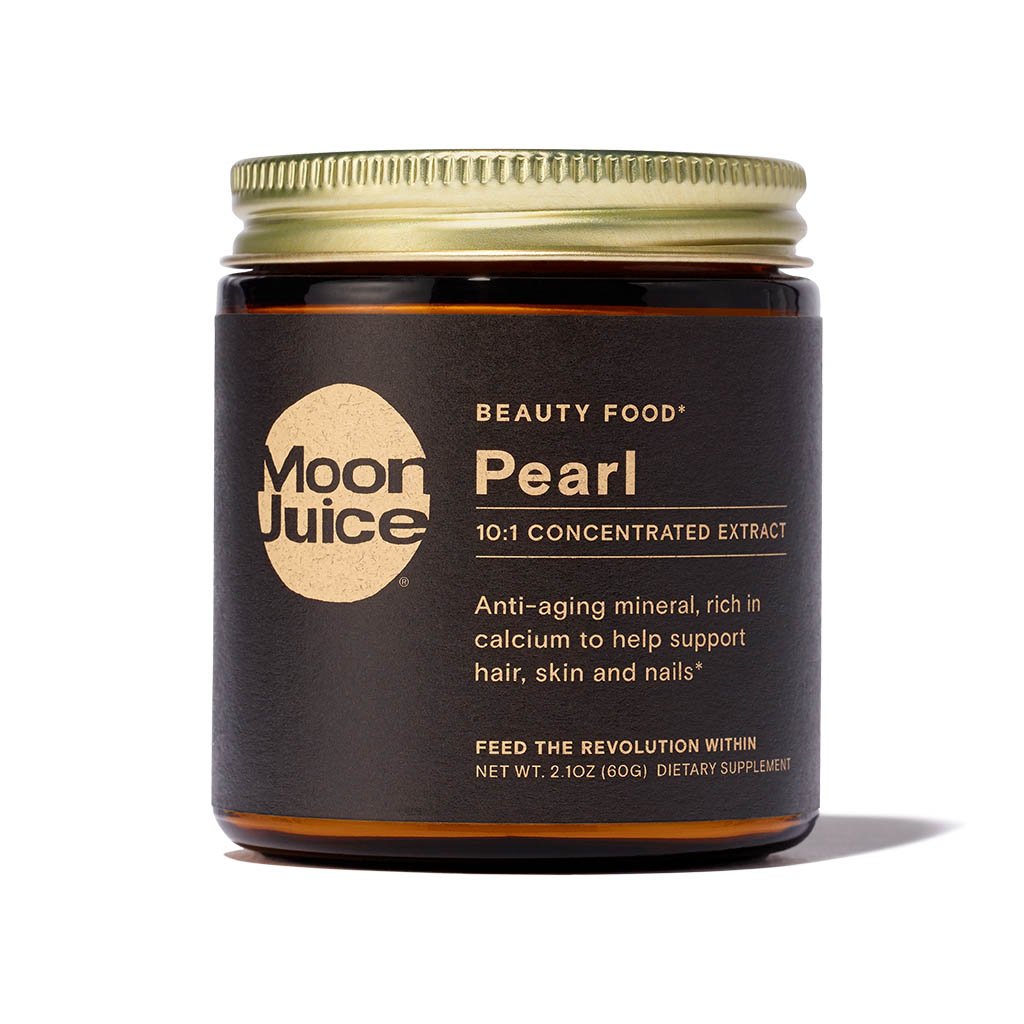 Moon Juice Pearl Extract Powder Sourced from freshwater pearl farms, this concentrated pearl powder is meant to be mixed with water, tea, smoothies, and tonics and sipped to tighten up the skin from the inside out. moonjuice.com

In additional to pearls, shimmery, iridescent blue and green sea glass is also known as mermaid’s tears. According to legend, mermaids were so powerful, they were capable of changing the course of nature itself, but Neptune, the god of the sea, strictly forbid it.

One stormy night, a schooner struggled in a storm in the San Juan Islands, and it was in danger of being lost to the sea. A mermaid who was in love with the captain swam alongside. Just as his ship was about to go down, she used her power to calm the wind and quiet the ocean waves. She saved his life, but Neptune punished the weeping mermaid and banished her to the depths of the ocean, from which she was unable to surface ever again. Her tears are said to wash ashore as sea glass, or “mermaid’s tears.”

Try a dusting of sparkling powder on your eyes and cheeks to shimmer like a siren of the deep! 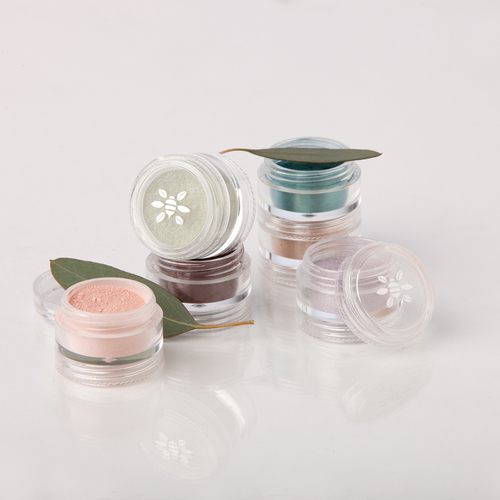 Honeybee Gardens PowderColors Stroke on a touch of shimmer with these naturally iridescent mineral pigments, in mermaid ocean marine shades like Castaway and Celtic. They are vegan, gluten-free, and gorgeous! honeybeegardens.com

Salt & Sea
Seaweed and seawater are known to firm the skin, which is why you will never see a mermaid with skin that isn’t taut and smooth. Sea salts help replace electrolytes and trace minerals that may have been sweated out.

Bathing in sea salts and seaweed helps remineralize the entire body. And skin-nourishing seaweed has garnered a well-deserved reputation as a curative ingredient in treating conditions such as eczema, psoriasis, dermatitis, acne, and thyroid disorders. Seaweed absorbs its nourishing nutrients from the sea, so it is easy to see why seaweed baths are so beneficial.

Try these salt and seaweed brands to keep your body taut and smooth as a mermaid’s. 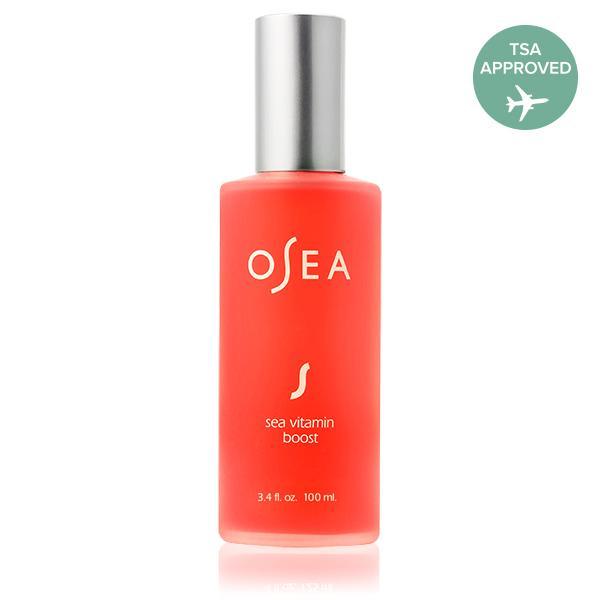 OSEA Sea Vitamin Boost & Hyaluronic Sea Serum Spray on the Boost—loaded with antioxidant rich organic algae—to clean skin and follow with the Serum for a soft and luminous glow. oseamalibu.com 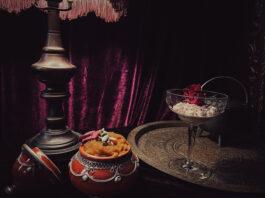 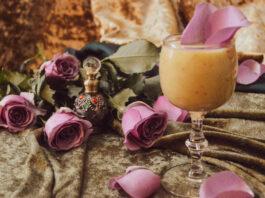