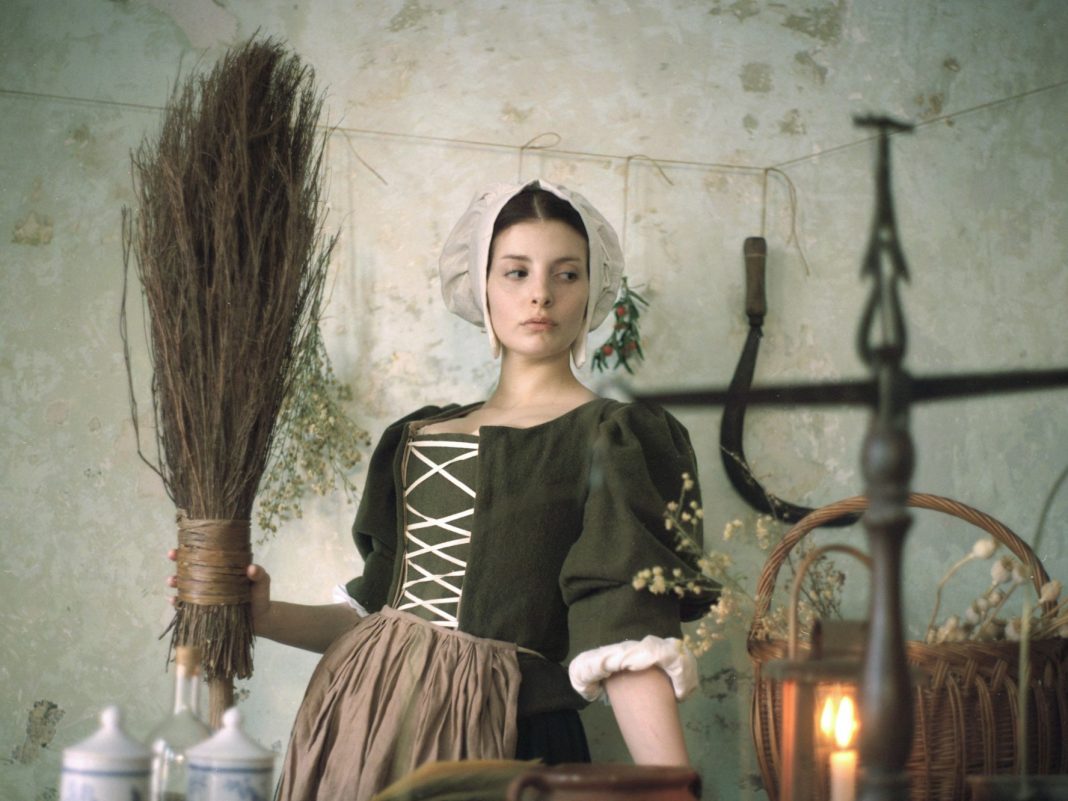 The idea for the Witches Through the Ages series was born in late 2016, when we were inspired by Dutch Baroque art, specifically that of Gabriël Metsu. We thought about giving the maids in paintings more interesting backgrounds. We wanted to see them as more than just figures doing housework and provide them with a more mysterious dimension connected with their ambiguous presence in the art. Basically the idea was what if these maids were secretly witches?

With that in mind, it was easy to imagine many women throughout art history as depicting witches, not just the scullery maids but also other women in positions of power. History has told us that witches are wicked, but rarely do we see them as knowledgeable or scholarly. Our project was to break with that tradition and show different sides of witchcraft. As always, we strive for historical accuracy, so each witch in the series is represented practicing a branch of witchcraft popular in their particular period. That’s how we decided the final setup. We hope you enjoy this tour through witchy history! Although alchemy’s origins are ancient, we wanted to start our series in the 1480s, since that is when the first texts about witchcraft were published. Also that is the period when the hennin headdress was most popular; this tall conical hat easily reminds us of witches. In our depiction we use references to distilling elements (alembic, pots) and precious materials such as gold. Alchemy also sought to create the elixir of immortality through different practices and mixed physical and esoteric elements. Our composition reflects the art of the period, and we used reproductions of historical jewelry by Master Jakobus. Our grimoire—a book of spells containing relevant recipes—was handmade by McCall Company. By the Renaissance, there was much interest in magic, especially from ancient and Eastern cultures. At the same time, artists like Lucas Cranach painted biblical female protagonists like Salome or Judith not as revered heroines, as they were depicted in earlier periods, but as Eve-like fallen women. This made us think about the femme fatale archetype and the witch as a bringer of wickedness. That’s why we chose demonology as the discipline here, and our witch is conjuring a demon through scrying, the practice of looking into a mirror in search of messages. John Dee’s companion Edward Kelly was known for talking to spirits this way. Cranach’s models wore opulent chokers like the one reproduced by Master Jakobus here, and the demon sigils were drawn onto the grimoire by McCall Company. As the Renaissance unfolds, it grows darker. By the late 16th century, in a foreshadowing of the emerging Baroque style, vanitas and memento mori themes emerge. Skulls are used to remind humanity that our time is precious and that even the merchants and aristocrats who could afford to have their portraits painted would eventually pass. Contacting the dead using bones was a way to gather information from them; pendulums and tarots could also be used. We merged the idea of the skull with divinatory contact of the dead; the fashionable pomander belt—a girdle used to hold fragrant herbs—is our pendulum. The jewelry set is reproduced by Master Jakobus again. We fully immerse ourselves into the Baroque period with our astrology witch, reproducing the look from a portrait of the goddess Diana. She is very fitting in this context: She was goddess of the moon and of forests and hunting, a very independent woman living in the woods. We also take inspiration from Vermeer and the Dutch masters with our composition and globe. The horoscope and the ways the stars influence our personal lives have always been of interest, and in this particular time the idea was mixed with science. There’s a clash between new inventions and discoveries—maps, the telescope—and the ancient traditions of the Greeks and Romans. The pearl necklace and earrings are also reproduced by Master Jakobus. Finally we go back to the more familiar traditional image of the witch, with a peasant costume and a broom, handmade by artist Victoria Frances, who is also famous for her witch and vampire illustrations. Well-known witch herbs are present here: Papaver (poppy) is recognized for its opium, and stramonium is a very toxic plant with psychoactive effects. Stramonium is also called devil’s trumpet, and jimsonweed because of an event in Jamestown where soldiers consumed it. This link to North America made us think about Salem and how some have speculated that a fungus in rye was the cause of the mass hysteria. Hence the bread in the setting and other elements connected to the countryside. 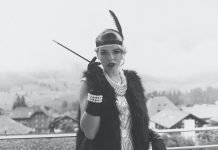 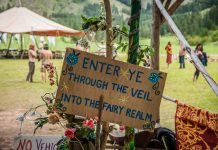 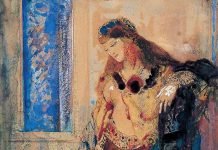 Quiz: How Decadent Are You?