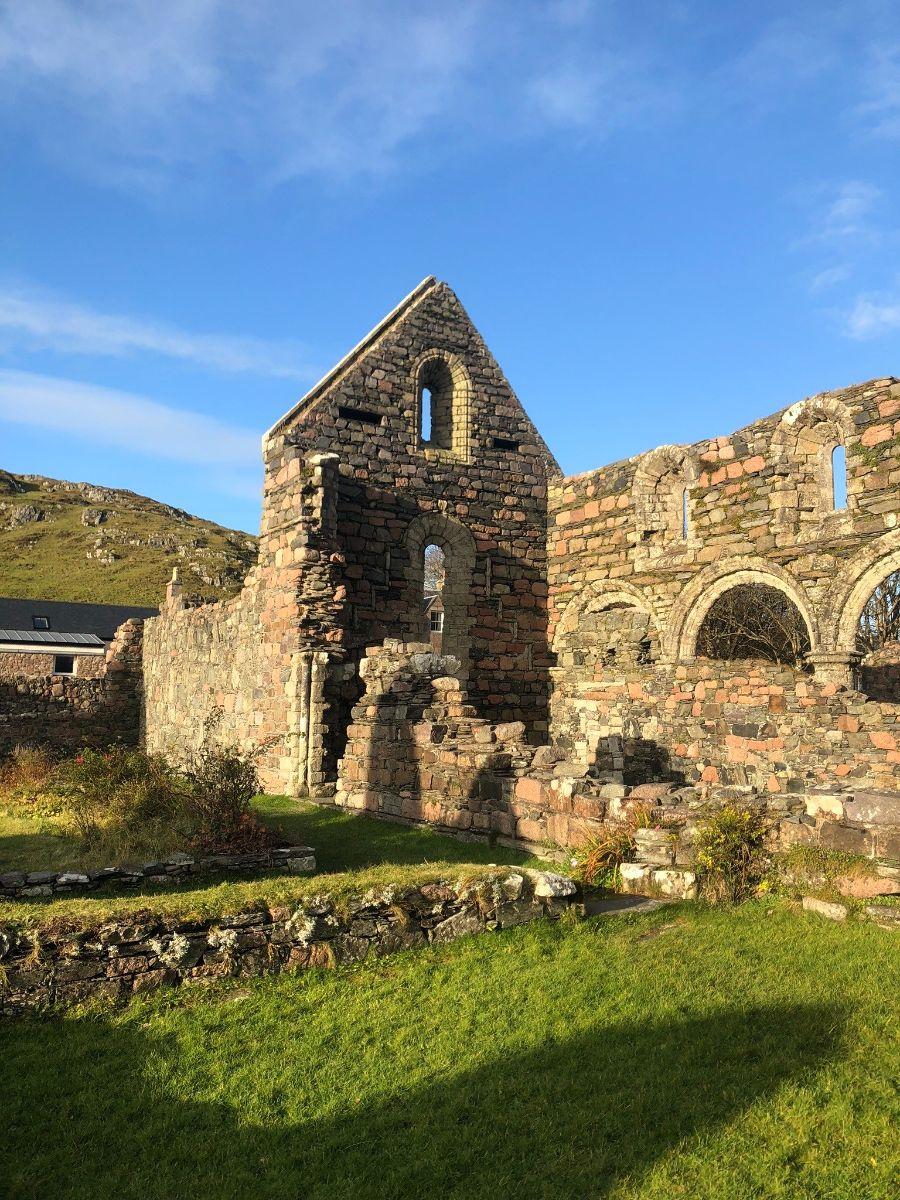 Do you remember this stunning piece, “A Dream of Muddy Water,” by author River Jordan in our Practical Magic issue (which has long been sold out but is available as a free download (because we love you)?

Learn all about River, who has written numerous books and is generally dazzling and Southern and magical, at her website https://www.riverjordanink.com/

River’s latest tome, The Ancient Way: Discoveries on the Path of Celtic Christianity, just came out this month, and Ann Patchett calls it “a warm and glorious book of our time,” which does not sound terrible.

Here is a synopsis:

For years, from her home on a hill outside Nashville, River Jordan felt a call to travel to the mystical Isle of Iona, off the coast of Scotland–the island that gave birth to Celtic Christianity. In The Ancient Way she invites us to leave the sacred space of our homes and our lives and join her on this pilgrimage.

With the help of friends and the kindness of strangers, Jordan winds her way across green mountains to late-night ferries, across islands and down one-way roads led by the light of Iona and a trust in God. Along the way she explores ancient Celtic Christian practices such as cherishing creation, trusting spiritual friendship, offering hospitality, creative imagination, and honoring community–carrying them home with her to infuse her daily life.

This is an intimate story of imagination, of personal transformation, of stillness and prayer. It’s also a quirky, thoughtful guide for cultivating divine connection and creativity as we embark on our own wild adventures, chasing after the mystery that calls us all.

You can also read a lovely review by Claire Fullerton in the NY Journal of Books.

And then here’s a little snippet from The Ancient Way:

There is always something that affects me when I walk through sites where there are remnants of a society that has come and gone. The skeletal remains of entire communities echoing from the stones they left behind. The ghost cities of the Anasazi carved within the rocks of Southwest United States. The paintings found on the walls of the caves of Borneo and in Indonesia. The ruins of a monastery with stones still standing.

Somewhere here a man built a fire; somewhere there a woman stirred a pot; in this corner of the cave a baby nestled at his mother’s breast. I reach to touch this thread of life that carried us forward, vow to not let go. We belonged to the people who came before us, and we belong to them still. And they remind me that I have to be about the business of my life, which is to live it fully, without apology and without regret.

This is what the ruins spoke to. me on Iona as I slowly walked through the remnants of the Augustinian nunnery built in 1203. I stepped over the stones, walked between the arched pink doorways, and thought of the Celtic concept of the significance of thresholds. This one was the threshold of time.

And some of River’s photos from Iona, which do not make us at all jealous:

And another beautiful passage from the book:

They believed in angels and they believed in demons. In the forces of good and the shadows of evil. They were superstitious and they were believers. They prayed St. Patrick’s words, “Christ in peace, Christ in danger,” and they prayed for the encircling of protection, as if they were weaving a spell of light, of God. Three being the magic number and as part of their prayers for protection from evil, they would sometimes make the rounds, walk three times around a cross, a home, or a person, encircling them with the good and sealing the evil out.

The Celtic people had long understood that both darkness and light were part of their lives. And they understood the space O’Donohue referred to as the “Celtic consciousness being a penumbral light,” which belonged neither to the light nor to the dark. They were aware of the space in between. What they would call the threshold and the thin places, which we’ll speak of now and later. They knew the pause as night becomes morning and day becomes night again. The space of thresholds and thin places. Doorways to different dimensions or times. The crossing of one to another as thin as a dime, a hair, a hope.

And then here’s River in a pub with some friends being gorgeous and enviable:

Hospitality continued to be a part of each interaction. Where strangers were no longer strangers.

The following morning, the weather was with us. The forecast was for mostly sunshine, and so James, Virginia and I packed up a picnic and headed for the only road from Glasgow that runs up the west coast, trundling past Lock Lomond and towns named Crianlarich, Tyndrum, and Bridge of Orchy. Between Tyndrum and Bridge of Orchy lies the West Highland Way, a ninety-six mile foot path parallel to the road, with people trekking along as we sped past, trying to reach the last ferry of the day. The hill that opens up at the top of the pass is called Beinn Dorain, which means “the hill of the otter,” and we drove through Glencoe, with the majestic pyramidal Buachaille Etive Mor mountain on our left.

Our plans were to catch the Corran Ferry, which navigates the Corran Narrows of Loch Linnhe just south of Fort William and north of Ballachulish Bridge. Then we would drive to Lochaline and take another ferry to Fishnish, and then on to the Isle of Mull, where we were to spend the night. We would stay at a small bed-and-breakfast there, owned by a family of sheepherders, and take the ferry to Iona early the following morning.

And finally, here is a lovely thing River posted on Facebook about Iona earlier this year, along with the photo below:

“Tonight the winds are howling on the hill. That sound that one only gets in still and alone. The whistling of the wind in the desert places, on islands, in the wilderness. And all day I’ve thought of it as bringing the winds of Iona to my door. This shot was taken from inside the Abbey in November. The wind cold and the light ethereal, caught between this world and that one, suspended in time. And a part of me still walks those stone floors, my footfalls falling in hushed wonder.”