Animals have always taught us lessons. We look to them to help us describe our own behaviors and attributes: We are as sly as a fox, wise as an owl, busy  as a beaver. Some of us are angry as hornets, or as proud as peacocks. We are told that our uncle was the black sheep of the family or that the woman down the street is a real cougar. Even our language reflects this reverse anthropomorphism: He can weasel out of anything, she really badgered me, tell them to stop monkeying around, we need to outfox them. From Aesop, the ancient Greek slave and author of Fables (sixth century B.C.), we remember tales of animals that supposedly help us live better, such as the tortoise and the hare and its message that slow and steady wins the race, or the lesson about karma in the story of the lion and the mouse.

There are other compendiums of animal parables: The Physiologus, an anonymous text written in ancient Greek in Alexandria between the second and fourth centuries, was a collection of forty-nine animal tales that served as instruction for correct Christian living. It was something of a bestseller second only to the Bible. The animals mentioned are described with little scientific observation, and mythical creatures are found next to conventional farmyard animals. The work’s focus was on the alleged characteristics of these creatures that supported various Christian teachings, either morally or mystically. In Job 12:7, we read, “Ask the beast and it will teach thee, and the birds of heaven and they will tell thee.” This book set out to do just that.

Isidore of Seville (circa 560–636), a scholar and an archbishop, added to the wisdom about animals with his Etymologiae, an early version of an encyclopedia compiling the knowledge of ancient Greek and Roman authors from Aristotle and Theophrastus to Pliny the Elder and Gaius Julius Solinus. Out of the twenty volumes, Book XII, De Animalibus, concentrated on the nature of beasts and birds. This, along with Physiologus, became the foundation of medieval bestiaries, the pseudoscientific and spiritually striving set of texts that mapped out the animal kingdom.

The medieval era was an age of faith and superstition, and it is under this aegis that the bestiary was created. They combined material taken from classical sources with information from naturalistic observation and traditional folklore or myth. All was considered viable and valuable knowledge and held to be equally true. In a 12th century English bestiary we have entries of unicorns next to lynxes and griffins next to elephants, as if it were a zoological study of real animals that roamed the earth, a medieval Where the Wild Things Are. Added to this were allegorical observations tying creatures to particular Christian teachings.

Medieval bestiaries were written predominantly in England, in Latin, and in France in the Anglo-Norman or Norman French dialects. They reached an artistic zenith in 12th century England. These luxurious volumes were illustrated with jewel-tone colors and gold in the manner of illuminated manuscripts, and were usually penned by scribes in a religious order.

Read the full article in the 2017 Winter Issue Print // Digital 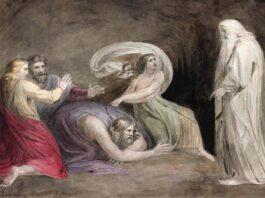