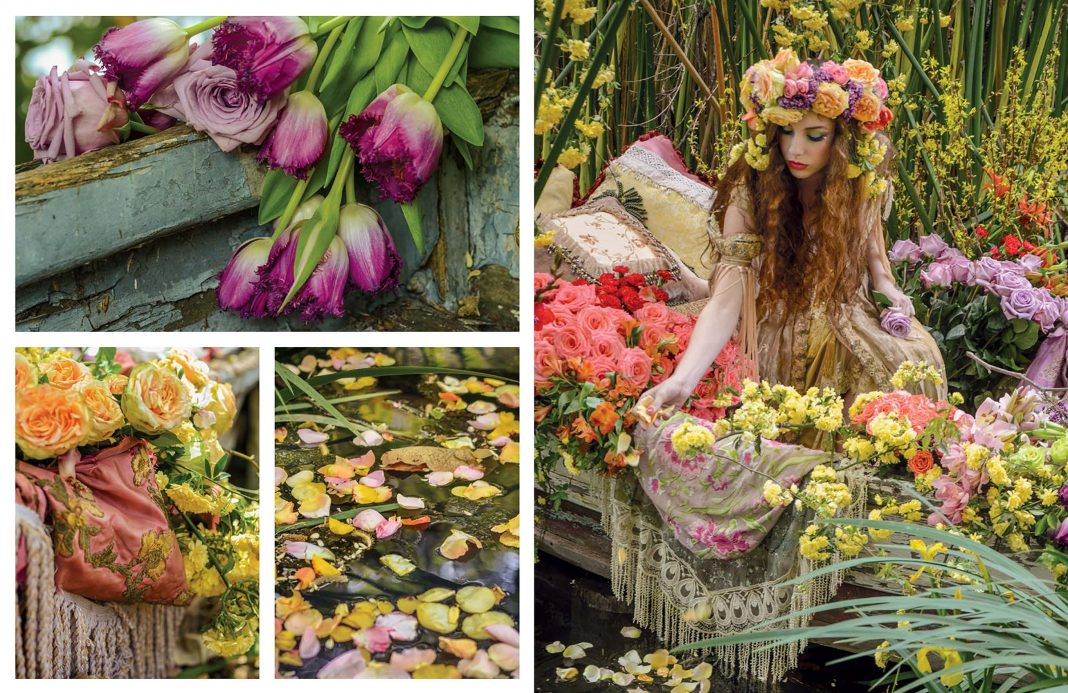 Concept and design by Tricia Saroya
Photography by Shirlie Kemp

You’ve read about Tricia Saroya’s enchanted ranch (where she lives and hosts ultra-romantic weddings as well as the occasional Faerie Magazine photo shoot, like the one on our cover of our 2016 Spring Issue). A sprawling 200 acres just north of Santa Barbara, California, all bordering the Pacific Ocean, it features, among many other things, a magical little house, her vardo wagon, all kinds of offices and facilities, and endless tangled, dappled woods draped with vines. There’s even a little lagoon with overhanging trees (and the property hosts one of the state’s only year-round streams). There are also mysteries—like an old, old boat buried in the dirt. When Saroya saw its prow jutting from the ground, she dug the whole thing out, and lo and behold, she’d found the perfect crumbling rowboat for a Pre-Raphaelite photo shoot.

She dragged the boat to the lagoon and put in a wooden base to prop it up. There were “two inches of standing water in it,” she says, but she made it “ship shape” by draping it in rich fabrics. Her inspiration, of course, was John William Waterhouse’s The Lady of Shalott, with all its opulence and melancholy romance. “I very much enjoy re-creating lush art pieces,” Saroya says, “especially Pre-Raphaelite paintings in all their beautiful excess, and bringing them into three dimensions.” She also loves tons of details, a rich array of colors and textures, and brought in a “bazillion” flowers—roses, blooming rose branches, orchids, carnations, and more—as well as various fabrics and brocades and handmade pillows. “I’m all about more is better,” she says, “not less is more! That’s why I love the Pre-Raphaelites, who were the same way.”

Saroya called in model Sandy Eileen—her “voluptuous, romantic beauty was perfect for the Lady of Shalott,” she says—and photographer Shirlie Kemp, who loves old-time romance as much as Saroya does (and, as it happens, used to sing backup for Wham!). To get these shots, Saroya’s partner, Vince Chafin, actually had to construct a kind of tree house in one of the trees overhanging the lagoon so that Kemp could huddle in the branches. The team’s (not entirely glamorous) efforts resulted in these brilliant, breathtaking images—perfect for our springtime floral issue. 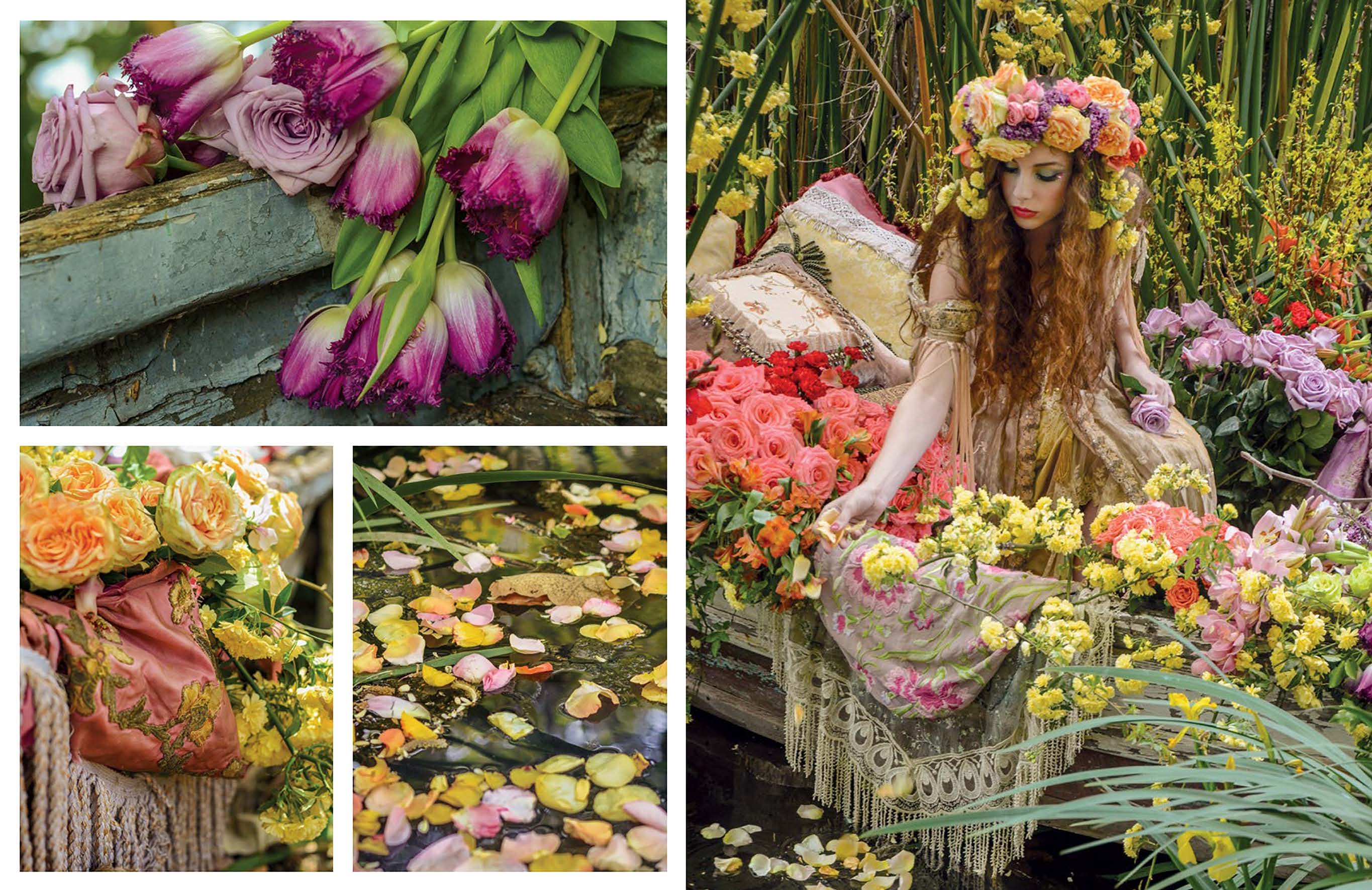