If there ever were a place made for magic, it’s Iceland. It’s a county of drama and mystery, of extremes, where rumbling volcanoes shake the ground, spewing fire to the heavens, and glaciers reach across the earth, pulling great swaths of the land into an icy embrace. In summer, the sun refuses to take leave of the sky; in winter, it appears only for a few hours, consigning the rest of the day to darkness. Is it any wonder that in Iceland witchcraft is no dusty, half-forgotten history or merely a fantastical myth, but instead a living piece of the present?

Sorcery has been a part of Icelandic life for as long as people have sought to eke out a life on the brutal, beautiful island, which sits, isolated, in the North Atlantic Ocean, just below the Arctic Circle. It’s believed that Viking explorers brought shamanistic witchcraft, which they called sei.r, to Iceland when they settled it in 874. By the 17th century, spells had come to commonly consist of staves, or magic spells, written in runic texts, which were bound into a book called a grimoire. Most were meant to make a hard life easier by ensuring fertile farm animals, fine weather, or a bountiful harvest.

But the European obsession with witch hunts eventually spread even to lonely Iceland. In the 17th century some 200 people were charged with using magic; nearly two dozen people were burned at the stake during the period that came to be known as the Age of Fire. Most were men, because, even in the country’s legends, “Witches are comparatively rare, essentially because women rarely lived alone in Iceland,” University of Iceland professor of folkloristics Terry Adrian Gunnell says. “There were few if any settlements to live on the borders of … There are numerous traditions about sorcerers who were often priests.”

That’s not to say there are no myths about Icelandic witches. One of the most famous involves the volcano Hekla, the most active in the country, which has erupted more than twenty times since Iceland was settled. It was believed to be the gateway to hell, a place where witches cavorted, summoning the devil. 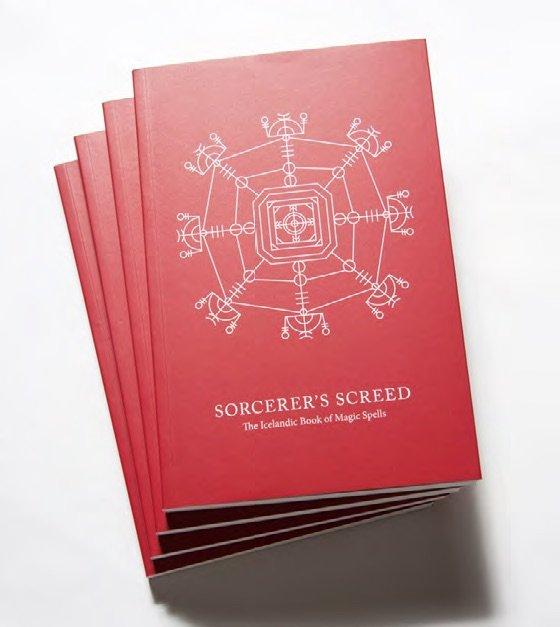 Even in modern Iceland, interest in conjuration remains so great that in 2013 an updated version of The Sorcerer’s Screed (Galdraskræða) sold out immediately. In 2015, the English translation vanished like magic from bookstore shelves all over the world. “We had heard whispers about this mysterious 1940 manuscript by Skuggi  (Shadow, a pseudonym of Jochum Eggert Magnússon) for years,” says Sigrún, a spokesperson for Lesstofan, the publishers of the book. “When we finally got our hands on it we immediately decided  to publish it, because it was absolutely unique.”

It was no ordinary book. “This was a handwritten magazine with drawings,” Sigrún says, “that included more than 100 magic staves with direction on how to use them. Skuggi had collected the staves from various authentic Icelandic manuscripts and grimoires, some of which are lost today. In his epilogue of the screed, Skuggi says, ‘Moreover, numerous unedited manuscripts in the collections of the National Library have been taken into account, referenced and compared.’ Then he lists over eighty manuscripts that were his sources. So Skuggi did his homework, for sure.”

Dubbed by its publisher as “the world’s most comprehensive collection of Nordic spells,” the book contains gorgeous new graphics from students at the Iceland University of Arts—gorgeous enough that the symbols are being used for purposes that Skuggi probably never anticipated but might well appreciate.

“The spells in the book were used by common people, farmers and fishermen in the 17th century and forward to help cope with everyday life,” Sigrún says. “We feel that they were a creative attempt to undermine any kind of authority and revolutionize the conventional concepts of society, in order for the individual to regain power over his own existence … Today the symbols have become immensely popular as tattoos, which is one way to connect with your cultural heritage—and to rebel against it as well.” 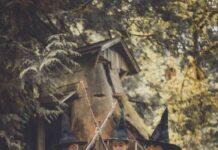 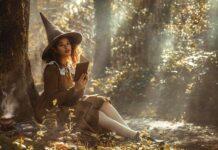