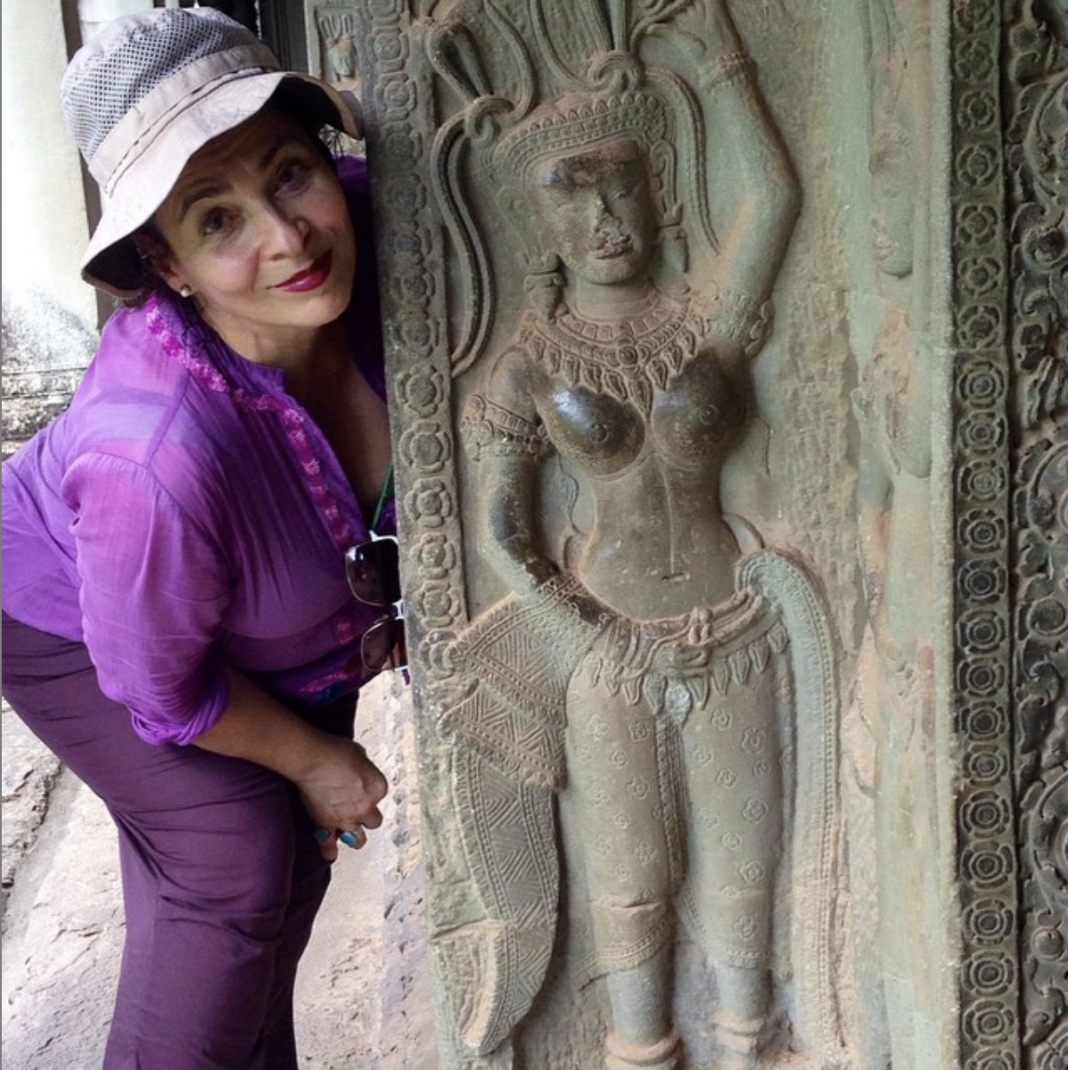 Sometimes finding the way to a magical place or space within yourself is the best type of journey. Escaping outside yourself, through immersion in nature, historical and cultural sites, and visits to exciting cities with rich itineraries can certainly be exhilarating. Testing your physical limits—hiking, biking, diving, surfing, as well as other athletic pursuits—makes you feel more alive. But traveling inward can be truly transformative.

As someone whose work leads me to travel for about half of every month—except for the past year, of course, when I was grounded like everyone else—I am well aware that travel can be a catalyst for a deeper discovery.

Some destinations can set off a tripwire, or trigger an opening, like a portal that leads you into a profound point of stillness inside yourself. The last time it happened to me was when I visited Angkor Wat, a UNESCO heritage site in Cambodia, outside Siem Reap. Angkor Wat is one of the most important—and largest—archaeological sites in not only Southeast Asia but the world.

Set in the thick of the jungle, Angkor Archaeological Park holds the spectacular ruins and remains of the powerful Khmer Kingdom, which ruled from the 9th to the 15th century. Angkor was the capital, and historians believe it was once a sprawling city almost the size of Los Angeles.

The Preah Khan temple is a former university of medicine and Neak Poan, an ancient hospital. Locals still pull rich medicinal plants from the grounds there and use them to treat all kinds of illness. There are areas of Angkor Wat still used as places of worship, where modern Khmer worship temple deities with ceremonies, prayers, music, and dance performances.

But now, for the most part, it’s a haunting ruin.

The place I am most drawn to is the Jungle Temple, where thick, wild vines grow out of the earth and intertwine with the crumbling stone structure, in an Ozymandias sort of way that is humbling. It is a visual metaphor that forces you to think about how humankind and nature are interwoven, and it reminds you that humans need to have more respect for the natural world, and not only because we are part of it. The Women’s Temple, where stone structures are carved with detailed representations of female deities, was once a vibrant house of worship for powerful women. You can feel the prayerful thrum of chanting, almost a rhythmic vibration in the air, stirred up by the energy of all those women from long ago.

The power of this magical place, for me, creates a still point. And the memory of it is transformative. When I remember Angkor Wat, it brings me to that still center, where I feel grounded, serene, and entirely whole. I can close my eyes and transport myself back there, no matter where I am in the world, and re-create that feeling, because it lives inside me. Here is how I bring it back, and how you can too.

+ Sit or lie down comfortably. Close your eyes. Check in on your body and see how it feels. Start to breathe slowly and deeply, in through the nose, out through the mouth.

+ Soften any tension in your body with a gentle stretch or small jiggles. Bring your awareness inward. Focus on the gentle rhythm of your breath and how it flows through your body.

+ Imagine you are in a place that you love, perhaps a far-flung travel destination that made you feel light and serene. (For me, it’s the Jungle or Women’s Temple.) See it in your mind, and if your mind wanders, bring it back to the breath. Keep that image in your awareness.

+ Allow yourself to feel yourself there. Create and open space in your mind. Let yourself smile. Feel your belly rise up and down. Breathe. Relax your muscles.