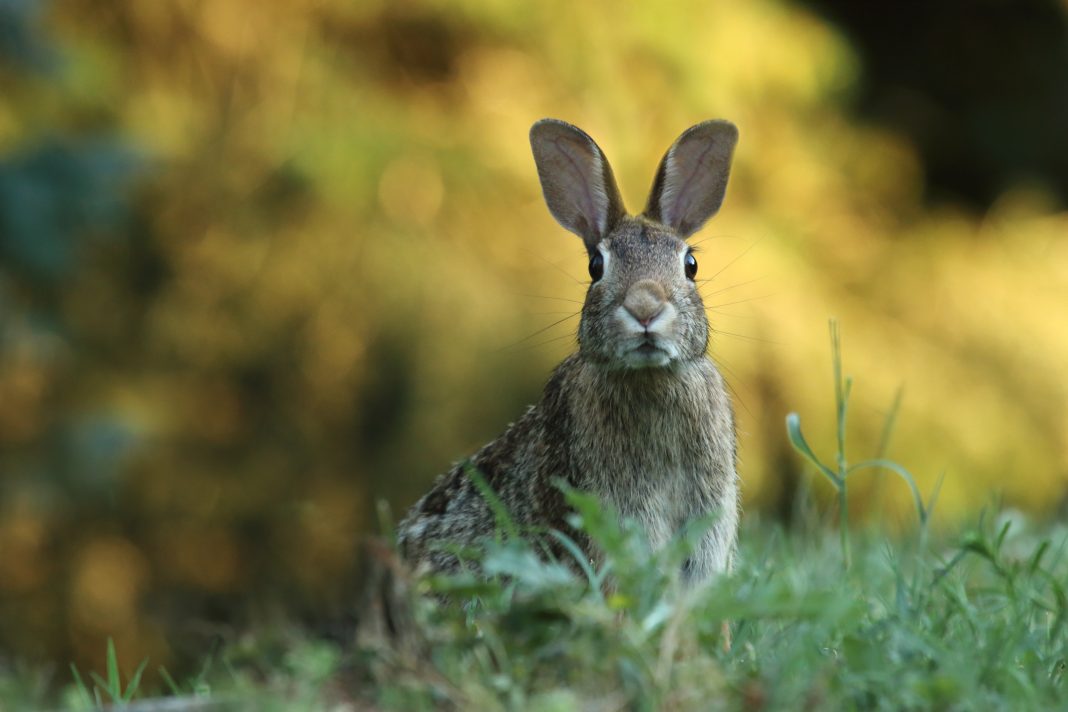 Look for her at midnight, as she twitches her nose and raises her head to the full moon, soft ears falling behind her. She is the moon-gazing hare, and can be seen in countless artistic depictions by artists modern and ancient. In fact, the hare has been associated with the moon for centuries. Long before there was a man in the moon, people thought they saw a hare there. And hares are often also associated with Celtic goddesses, shape-shifting, and fertility. 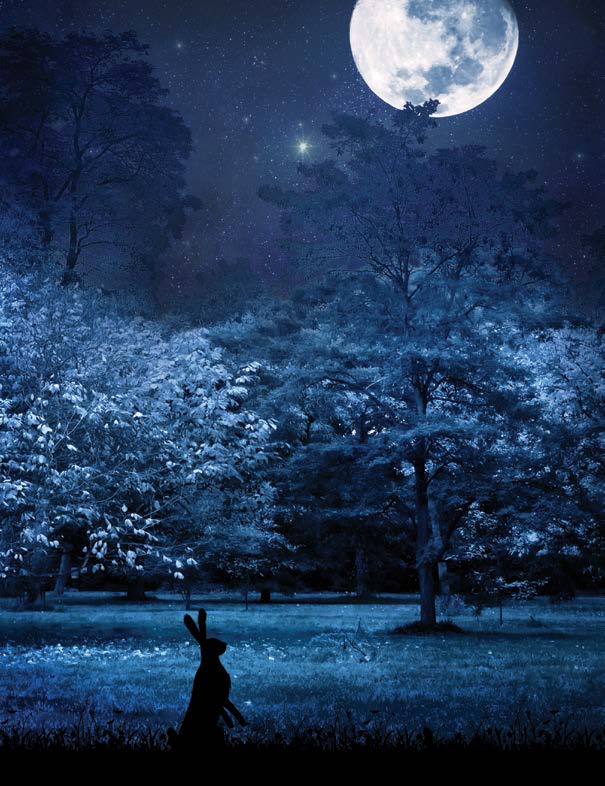 Hares are the symbol of the goddess Eostre, for whom Easter was named. The hot-cross bun, traditional Easter food in many cultures, was originally a symbol of the four quarters of the moon. If you enter a Devon church that dates back several centuries, you may see a strange mysterious symbol carved into the stone or the wood. Depicting three hares, each figure shares an ear with the next so that only three ears are shown. It’s beautiful in its symmetry and its circular design, but the exact origin and meaning remain a mystery. The recognizable round shape of the figures is, however, undeniably reminiscent of the moon.

The hare is often shown as a delicate, tender, feminine symbol, and perhaps her association with the moon is a way to make gentle the often harsh mysteries of nighttime. After all, any night, no matter how dark, seems a bit more charming when watched over by a soft-eared hare guardian in the moon’s light.