Japanese artist Asako Iwasawa’s work depicts nighttime gardens and plants that seem more fairy tale-generated than stemming from earth and soil. “What do plants dream of ?” is the title of one of her pieces, and her work might convince you that all kinds of visions take place in the garden beneath your window … 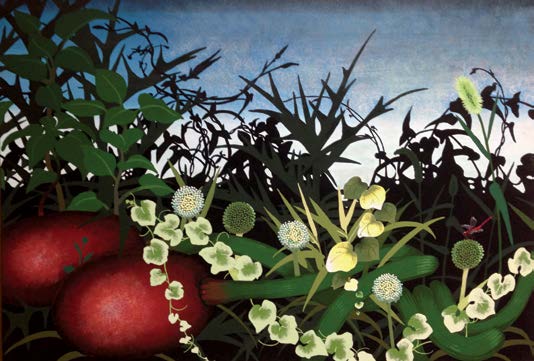 What intrigues her most is the “mysterious feeling of nighttime and the energy of the natural world.” She knows that energy well, having left Tokyo some years back and attempted to live in the countryside as an organic farmer (she was a textile designer, too). She grew spinach and tomatoes and potatoes, but the weeds and hard work in general proved formidable. “I was defeated by nature,” she says. “And then I wanted to depict the strong energy of those plants.” 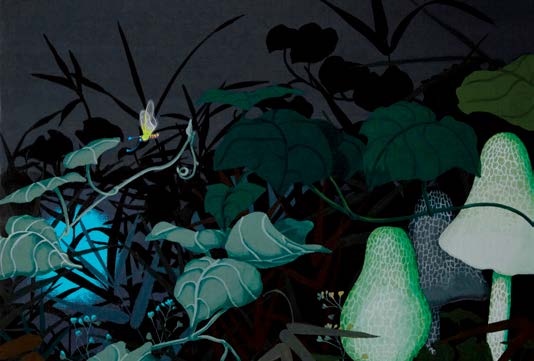 Back in Tokyo, these days she prefers to show nature as she remembers and imagines it: pulsing, with strange lights glinting under the moon, replete with mystery and magic. 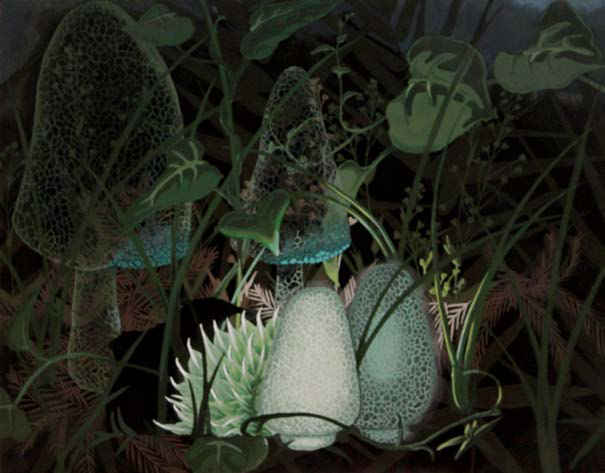