Home From Our readers From Our Readers: The Celestial Issue
ShareTweet

For our celestial issue we asked our readers: What is your favorite memory of stargazing?

As a child, anytime we were returning home from somewhere at night I would press my face to the car window to gaze at the stars. The Big Dipper was the first constellation I could pick out on my own. I was in awe of the stars and the many possibilities out there. More mystical than the stars was the moon, which I was positive was following me home! —Kelly Bryant

Sixty years ago, I was four. I’ve had this vivid memory all my life: Unable to sleep, I stood on my bed with elbows on the sill and stared out the window of our country home. The moon was a silver crescent against a deep blue sky with brilliant stars all around her. I felt myself as part of that cosmos for the very first time. —Rhonda

My husband and I fell in love over a few nights of gazing at the Perseid meteor shower over a decade ago. The sky lit up with hundreds of shooting stars over the hours, and the Milky Way is quite visible where we live as well. It felt like the stars were falling with us. —Sarah Chisholm

My uncle leads tours around the Sahara in Egypt, and I helped him for a few years. One group wanted a night tour, so we took them out to the Giza Plateau. The stars above the desert were otherworldly. Many of the tour group members cried, saying they had never seen anything like it. I had seen it many times before, but it was made new again by their wonder.
—The Glowing Mermaid

I started stargazing many years ago. My best moment was showing my eight-year-old daughter Halley’s Comet through my telescope. She is now forty years old, and we still talk about it and all the other nights we spent together looking at the stars. Now we meet whenever there is a special celestial moment on the horizon and she brings my nine-year-old granddaughter.
—@joanharvest

I always like lying in the hammock with my husband and looking up at the stars. So for our ten-year anniversary, he took me out to stargaze in the desert, where there are no lights to interfere. —@aehoogestraat

My favorite memories of stargazing are when I used to lie in big piles of snow during winter as a kid and just watch the stars until I couldn’t feel my fingers or feet. It was always so magical—the snow as a fluffy pillow underneath me, the stars above, and the only care in the world was if I should have tea or hot chocolate afterward. —@swedish_folklore

My partner and I sailed off our mooring in Grenada in late afternoon headed for Venezuela! The sun was setting on one side and the moon was rising on the other. As the day darkened we sailed along on a highway of moonlight with a thousand stars surrounding us.
—Janice Berlepsch

Just hanging out in the backyard with my dad was the best stargazing ever. —Kathimarie Imperi

When I was sixteen, my dad woke me and my sister up to go watch a meteor shower. We had no idea what to expect, but we groggily carried sleeping bags
out into the field near our house and lay with our faces to the sky. Before long, we were watching silver sparks fly across the darkness, and we lost count of the shooting stars. Lying there with him while the world slept is something I will always remember. It was his special way of showing us he loved us. —elizabethroseart1986

Lying on the front lawn in summer, the sound of crickets singing, and my little sisters on the rug next to me gazing up. My Australian childhood was full of wide skies full of wonder. —Donna Bridges 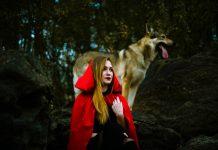 What Do You Love Most About Fairy Tales?

What Does Decadence Mean to You? 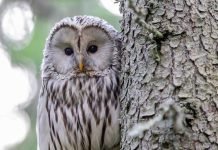 From Our Readers: The Magical Beasts Issue